After that, EU’s Thierry Breton, responsible for EU’s digital policy, is threatening to BAN Twitter in Europe.

Who is Thierry Breton? If you have read enough of my Substack, you probably know what to search for to find out! (hint: “thierry breton wef”)

Guess what? Mr. Breton is a 1998 WEF’s “Global Leaders of Tomorrow” graduate. (this information is mainly erased from the Internet but exists in YGL lists and spreadsheets)

Many leaders of Europe are related to the WEF, and they realize that with free speech allowed, they would be held responsible for force-vaccinating Europeans and the terrible consequences of vaccination. So their fervor to ban Twitter is understandable — it is for self-preservation.

Mr. Thierry Breton did not even bother asking Europeans whether they would be happy with Twitter being banned.

Who else banned Twitter? That’s right, Iran, Russia, and China. Here’s a handy map of where Twitter is, or will be, banned.

Will it be fine after being banned in the EU? Will citizens of the EU raise their voices, or will they stay silent? What do you think?

For more than three weeks, supporters of Brazilian President Jair Bolsonaro have blocked roads and camped outside military buildings across the nation

RIO DE JANEIRO (AP) — The two men were sitting at a bar on Nov. 21, sipping drinks for relief from the scorching heat of Brazil’s Mato Grosso state, when police officers barged in and arrested them for allegedly torching trucks and an ambulance with Molotov cocktails.

One man attempted to flee and ditch his illegal firearm. Inside their pickup truck, officers found jugs of gasoline, knives, a pistol, slingshots and hundreds of stones — as well as 9,999 reais (nearly $1,900) in cash.

A federal judge ordered their preventive detention, noting that their apparent motive for the violence was “dissatisfaction with the result of the last presidential election and pursuit of its undemocratic reversal,” according to court documents reviewed by The Associated Press. 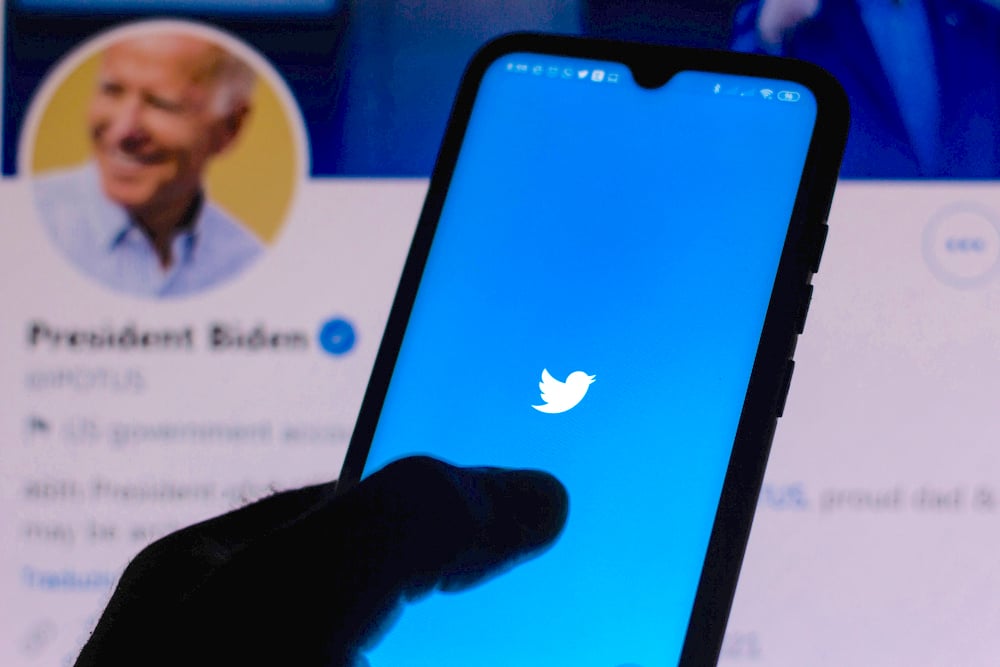 On Wednesday, Elon Musk stated that Twitter interfered with elections. In response to a report from Reuters about Twitter’s move to free speech under Musk, he replied that “The obvious reality, as long-time users know, is that Twitter has failed in trust & safety for a very long time and has interfered in elections. Twitter 2.0 will be far more effective, transparent and even-handed.”

Musk, however, didn’t actually provide any proof that Twitter did this. And hopefully he does as proof is what our polarized world needs right now. That being said, it has been well established that the United States government and various federal agencies have long had a close relationship with Big Tech companies.

Tech companies – including Twitter, Facebook, Reddit, Discord, Wikipedia, Microsoft and LinkedIn – met with the FBI and other government agencies every month, before and since the 2020 election to talk about this. Facebook even set up a special portal for “takedowns” that requires a law enforcement email to access.

According to NBC News, the meetings were part of an initiative, still ongoing, between the private sector and government to discuss how firms would handle “misinformation” during the election.

This is how we connect the dots between government controlling narratives and public discourse in a secretive way.

This is not anything new,

CIA was directing the coverage of American news organizations, overthrowing democratically elected governments (at times merely to benefit a favored corporation), establishing propaganda outfits to manipulate public sentiment, launching a long-running series of mind-control experiments on unwitting human subjects (purportedly contributing to the creation of the Unabomber), and—gasp—interfering with foreign elections. From there, it was a short hop to wiretapping journalists and compiling files on Americans who opposed its wars.

NSA Whistleblower Edward Snowden, America’s Open Wound. The CIA is not your friend.

Furthermore, Big Tech companies have dozens of high ranking employees that were once employed by various Federal agencies. You can find more examples here.

There are countless examples and it can be shocking to learn just how many there are.

“In secret, these companies had all agreed to work with the U.S. Government far beyond what the law required of them, and that’s what we’re seeing with this new censorship push is really a new direction in the same dynamic. These companies are not obligated by the law to do almost any of what they’re actually doing but they’re going above and beyond, to, in many cases, to increase the depth of their relationship (with the government) and the government’s willingness to avoid trying to regulate them in the context of their desired activities, which is ultimately to dominate the conversation and information space of global society in different ways…They’re trying to make you change your behaviour.

I think the reality here is…it’s not really about freedom of speech, and it’s not really about protecting people from harm…I think what you see is the internet has become the de facto means of mass communication. That represents influence which represents power, and what we see is we see a whole number of different tribes basically squabbling to try to gain control over this instrument of power.”

Since Musk took over Twitter, a number of their censorship policies have been discarded. This has of course created outrage amongst some users who believe speech that opposes mainstream conjecture on certain issues should be censored as it is likely false. Even though it is usually open dialogue and free speech that causes humanity to advance in its sometimes limited understandings. It is also how the powerful can be held accountable.

But back to elections, these days, it seems any loser of an election can claim fraud – and often does. When Donald Trump beat Hillary Clinton, the Russians were accused of colluding with Trump. When Joe Biden beat Trump in 2020, Biden and the Democrats were accused of election fraud. It’s not crazy to think this is possible when you look at the power Big Tech has, including the fact that voting machines can easily be used to change votes.

Either way, it appears that our political systems are inundated with extreme corruption, it’s a system that incentives bad behaviour.

Days later, videos of chants and confrontations are still visible on the Chinese internet. It’s a sign of how a groundswell outmatched the world’s best internet control system.

In one video, a man sarcastically sings a patriotic song. In another, a group of protesters hold up blank pieces of paper and chant in unison. In a third clip, a group of mourners light candles around a vigil to those who died in a fire while in lockdown in western China.

Signs of organized dissent are relatively rare in China; so is their survival in the country’s digital space. China’s censorship apparatus — the most sophisticated of its kind in the world — has hunted down and deleted countless posts on social media showing the eruption of protests and anger at the government.

The post Protests Stretch China’s Censorship to Its Limits appeared first on DailyClout.

As technology develops, so does mapping software. Real-time mapping is on the rise to increase the precision of identifying roadblocks in order make travel easier in varying conditions.

Walk Roll Map is another new platform for crowdsourcing microbarriers that affect pedestrians, wheelchair users, and cyclists trying to get around their city safely. They define a microbarrier as: “Anything that makes it harder (or maybe even impossible!) to walk or roll safely or comfortably in your community. It might be a missing crosswalk, uneven payment, or unplowed snow. Whatever it is that is getting in your way, or missing (e.g. bench or washroom) we want to know what it is and where!” [Source]

What do you think about real-time data mapping?

Let us know in the comments below!

“This outcome moves us forward,” said Simon Stiell, UN Climate Change Executive Secretary. “We have determined a way forward on a decades-long conversation on funding for loss and damage – deliberating over how we address the impacts on communities whose lives and livelihoods have been ruined by the very worst impacts of climate change.”

Set against a difficult geopolitical backdrop, COP27 resulted in countries delivering a package of decisions that reaffirmed their commitment to limit global temperature rise to 1.5 degrees Celsius above pre-industrial levels. The package also strengthened action by countries to cut greenhouse gas emissions and adapt to the inevitable impacts of climate change, as well as boosting the support of finance, technology and capacity building needed by developing countries.

Creating a specific fund for loss and damage marked an important point of progress, with the issue added to the official agenda and adopted for the first time at COP27.

Governments took the ground-breaking decision to establish new funding arrangements, as well as a dedicated fund, to assist developing countries in responding to loss and damage. Governments also agreed to establish a ‘transitional committee’ to make recommendations on how to operationalize both the new funding arrangements and the fund at COP28 next year. The first meeting of the transitional committee is expected to take place before the end of March 2023.

Parties also agreed on the institutional arrangements to operationalize the Santiago Network for Loss and Damage, to catalyze technical assistance to developing countries that are particularly vulnerable to the adverse effects of climate change.

The post COP27 – Here’s What You Need to Know appeared first on DailyClout.