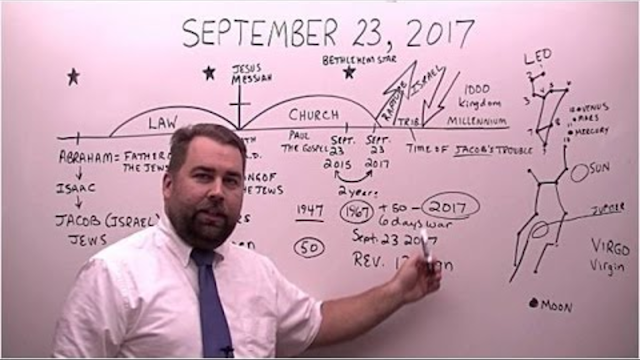 (Stillness in the Storm Editor) The following video reviews some of the rumor and speculation surrounding the date of September 23rd, from Christian as well as other perspectives. For years now, every fall, rumors abound about various global shifts or prophecies. Whether or not these events occur, as described, often remains unclear. But in many cases, these claims don't work out as advertised. With all this in mind, I find it quite helpful to exercise my discernment skills by reviewing information like this. I suggest you don't assume things are true or false, based on coherence with your beliefs alone. Instead, try to objectively evaluate the claims on their merits, conducting research independent of the video, so as to make up your own mind. In time, we can see what turns out to be true or false, and in doing so, sharpen our sensitivity to reality.