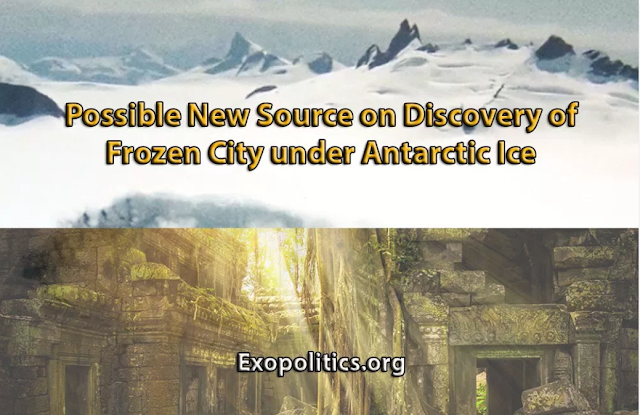 (Dr Michael Salla) A possible new source has come forward with corroborating information about the discovery of a large frozen city two miles under the Antarctic ice, located roughly 16 miles from the geographic South Pole. The breakthrough to the city occurred in August 2016, according to this latest source, and it was visited a few months later by VIPs such as John Kerry and Buzz Aldrin.
Read more »