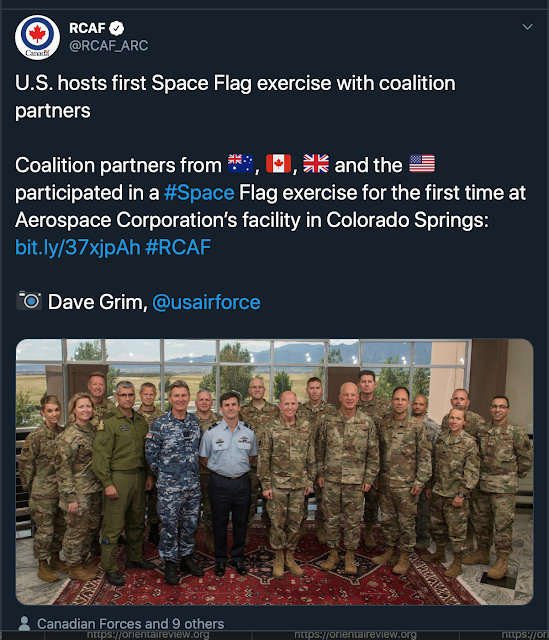 Found another photo of Lila with Space Command retweeted from the Canadian Air Force by Majestic 12. Lila is on far left of photo. Denice was able to get her last name which we haven’t had before.

Denice: About an hour ago I got her last name. Sheaborne/Sheaburn That’s all.

Terran: Cool! Did you pull that in or was that from Stan?

Denice: I got it as I was waking up. Flowed through a few times until I acknowledged it?

Denice: I did not know why I got her name this morning then I saw you sent her pic. Too amazing. No coincidences. Lol

I’m going to go with Lila Sheaburn for the moment, given the similarity of the Pleiadian and Andromedan languages to Gaelic.  I’m sure I’ll be told if that is incorrect. LOL.   Its really fun to connect the faces to the names we’ve been conversing with!  Who knowns who’s next? Riggolt? Thor?

I had to laugh last week when Q pointed to a Majestic 12 Tweet,  That Twitter account knew too much to not be some kind of insider.  I was able to actually pull his face from the Flow and found him on a Presidential photo, but I am not going to doxx MJ 12,  I’ll let him reveal that in his own time.

Jordon Sather was just sure Majestic 12 was a LARP.  You have to feel these sources.   If you rely strictly on other’s opinions you’ll miss stuff. BTW I like Jordon, but he’s just a bit overwhelmed with the professional shills and trolls.  The vaccine people will harass you more than the UFO secrecy police.   Jordon takes ALL the “forbidden” subjects on.