(Ethan Indigo Smith) 108 is considered the most valuable number in numerology, metaphysics and symbolism. But why is 108 so significant?
Read more »

(ANTIMEDIA) — In a move that’s baffling at best and rather appalling at worst, Facebook has been busted asking users if they think it’s alright for adults to solicit “sexual pictures” from minors on its platform. While this may sound ridiculous on the surface — because it is — nevertheless, it happened.
Read more »

(Joe Jarvis) The most effective way to change the world if you have kids is to treat them right. Everything could change in one generation if there were a radical shift in parenting.
Read more »

(Ancient Code) Alien Technology finally revealed? A former Pentagon official has made an astonishing claim about the technology behind UFOs.
Read more »

(Alex Hollings) In the past few months, the idea of Unidentified Flying Objects as spacecraft from another world has enjoyed a resurgence in the minds of the public, thanks in no small part to the revelation that the Pentagon has been secretly devoting millions of dollars to the investigation of just such anomalous sightings for years now. Of course, public interest in the idea that we’re being visited by advanced air platforms hailing from across the sea or across the galaxy, tends to be cyclical, and one could be forgiven for assuming that reports of strange objects in the sky had died down in the years since the last time the X-Files was on the air. Surprisingly, or perhaps, unsurprisingly (depending on your beliefs) that doesn’t seem to be the case.
Read more »

(Milan Karmeli) With a little painful smile at the age of 52, I can say that I’m a person who’s often impatient and dissatisfied. Characteristics have developed through the course of my life. Those close to me have witnessed the fallout of these traits over the years and I, myself, have experienced them. I’ve tried diligently to change these qualities in me and get to their root, but real improvement remains outstanding. Talking about honesty and being truthful about these traits hasn’t changed anything about their annoying effects, and yet, it has brought comfort to my soul.

(Stillness in the Storm Editor’s Note) Ladies and Gentlemen, welcome to the cutting edge of science, where Physics, Acoustics, Cosmology, and even Theology become one in the same study, under the banner of Sympathetic Vibratory Physics (SVP).  This is an enormous field of knowledge that requires our most diligent attention, for mastery over the vibratory matrix of matter itself may confer upon humanity untold powers.

What kind of powers am I referring to?  I am talking no less than the power to generate potentially unlimited energy, heal almost any ailment, and possibly even travel the galaxy.  We shall see if this will prove true; as for myself, I personally am convinced that this is the case.

When popular science and popular academia reach a point of terminal dogmatism — when they become impervious to novelty and innovation, as they often are today — then society will inevitably undergo an intellectual “pole shift.”  That is to say, the educated, prestigious, and credentialed classes become the greatest inhibitors of science, which places the burden of progress upon the shoulders of society’s many unsung autodidacts and tinkerers.  We are currently undergoing such an intellectual pole shift in society today, and I am quite certain that much of the “science clergy” of the 20th (and early 21st) century will in future centuries be regarded as virtually identical to the inquisition who refused to peer through Galileo’s telescope out of fear that they might discover that the world is not exactly as the Church described it.

But you, my friend, need not be party to such an inquisition.  It is well within our capability to divest ourselves of those prejudices inculcated in all of us by mainstream education and media.  I invite you to, as Buckminster Fuller put it, “dare to be naive” and look at this wonderful field of knowledge through the eyes of a child discovering science for the very first time.

The material below is offered not as a complete treatise, but as an introduction to SVP.  We hope you both enjoy and are uplifted by this knowledge.

Sympathetic Vibratory Physics, discovered By Jon Ernst Worrell Keely, reveals a vital puzzle piece in investigating the polar streams of force and their harmonic, enharmonic, and disharmonic triune expressions from the neutral center, The mystery of the 3, 6, & 9 is found within Keely’s musical physic of life, sympathetic vibration, and Mind.

Among his discoveries include disintegrating quartz ; disassociation of water; amplification of thought and sound through Trexar (silver, platinum, gold wire) harmonically shaped capacitors to produce an etheric vapor capable of hydraulic work. He discovered nature divides itself in triplets, and may divide into infinite regress. Keely claimed to have subdivided matter in 7 distinct levels. He also theorized of the actinic rays, emanating from neutral center of stars to the brains of man, claiming the brain was an interface for these sympathetic streams. He produced Dynaspheres, musically designed globe capable of producing etheric force. A cool ionic breeze can be felt feet away from dynashperes, even in a static state. To become a dynamic engine for etheric force requires a coherent mind in which the dynashpere can engage in sympathy. Keely’s science demonstrated a direct interconnection between mind and matter, and the necessity for mankind to investigate more balanced modes of power generation.

“All force is mind force.”

Introductory Lecture on SVP and Keely by Dale Pond

Support the Aetheric Revolution by reaching out to the Pond Science Institute. Dale has laid a major foundation for us. It is time to build on what has been given. Gratitude !!!

Compendium of SVP http://www.svpvril.com/
Searchable SVP database: http://www.svpwiki.com/Sympathetic+Vibratory+Physics
About the Author
John Echel is a regular contributor to Aether Force.

_________________________
Stillness in the Storm Editor’s note: Did you find a spelling error or grammar mistake? Do you think this article needs a correction or update? Or do you just have some feedback? Send us an email at sitsshow@gmail.com with the error, headline and url. Thank you for reading.

Subscribe in a reader
Question — What is the goal of this website? Why do we share different sources of information that sometimes conflicts or might even be considered disinformation?
Answer — The primary goal of Stillness in the Storm is to help all people become better truth-seekers in a real-time boots-on-the-ground fashion. This is for the purpose of learning to think critically, discovering the truth from within—not just believing things blindly because it came from an “authority” or credible source. Instead of telling you what the truth is, we share information from many sources so that you can discern it for yourself. We focus on teaching you the tools to become your own authority on the truth, gaining self-mastery, sovereignty, and freedom in the process. We want each of you to become your own leaders and masters of personal discernment, and as such, all information should be vetted, analyzed and discerned at a personal level. We also encourage you to discuss your thoughts in the comments section of this site to engage in a group discernment process.

“It is the mark of an educated mind to be able to entertain a thought without accepting it.” – Aristotle

If it was not for the gallant support of readers, we could not devote so much energy into continuing this blog. We greatly appreciate any support you provide!
We hope you benefit from this not-for-profit site
It takes hours of work every day to maintain, write, edit, research, illustrate and publish this blog. We have been greatly empowered by our search for the truth, and the work of other researchers. We hope our efforts
to give back, with this website, helps others in gaining
knowledge, liberation and empowerment.
“There are only two mistakes one can make along the road to truth;
not going all the way, and not starting.” — Buddha
If you find our work of value, consider making a Contribution.
This website is supported by readers like you. 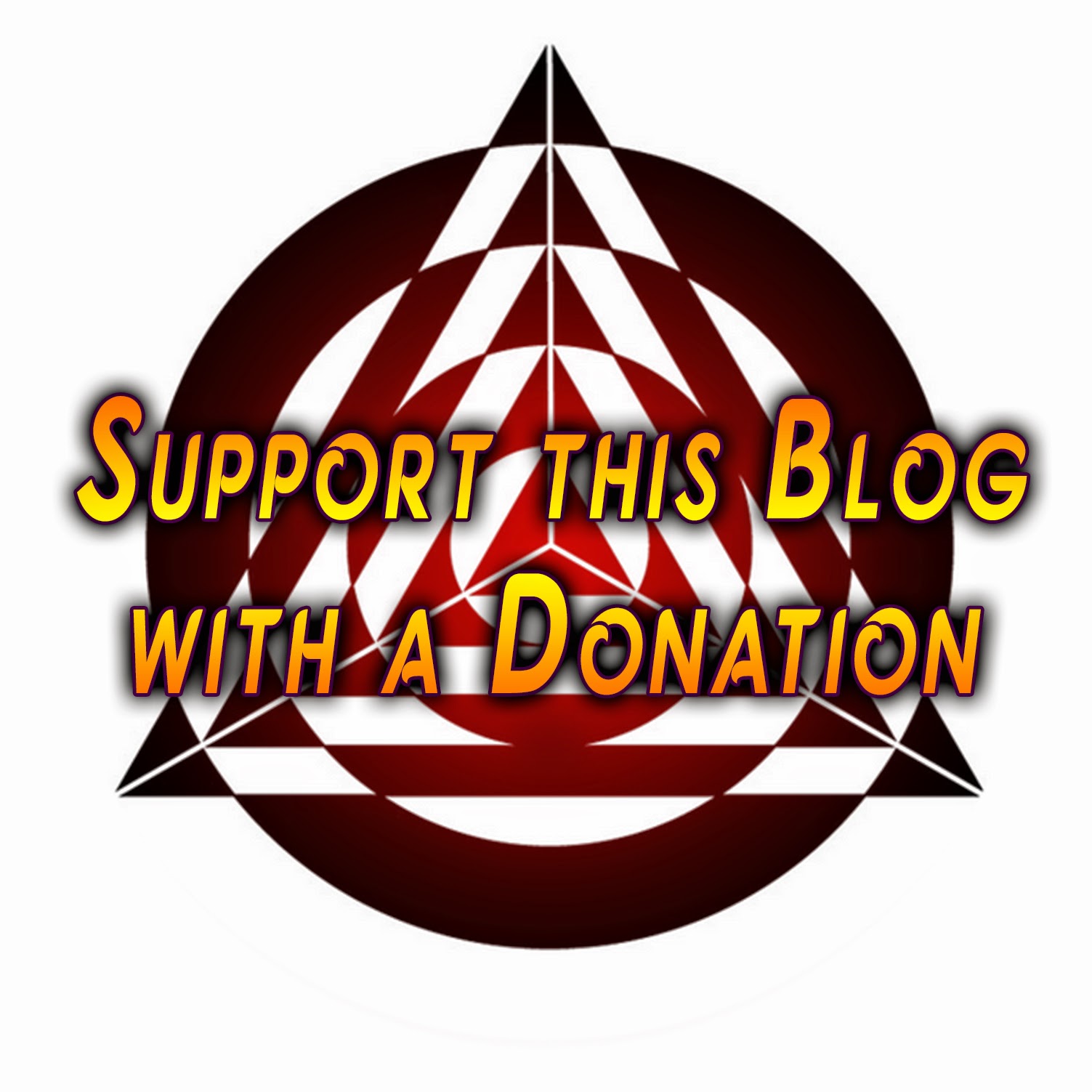 (Phillip J. Watt) Finally there is a little more ‘uncommon sense’ sweeping widely across spiritual mindsets in Western communities. Even though there are still many ideological splits – especially in regards to those who lean towards a more gnostic view and those who engage more with new age perspectives – there appears to be a greater acceptance of the shadow across the entire spectrum.
Read more »