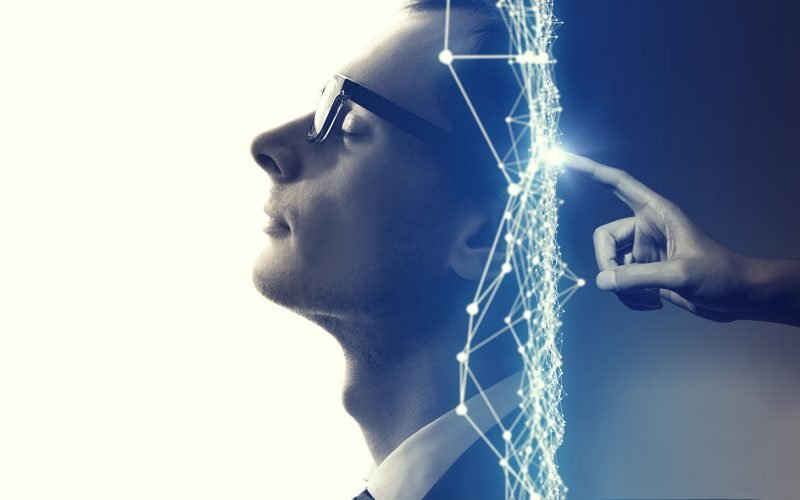 Behavioural science is a discipline that draws on a wide range of psychological interventions that, according to their proponents, can achieve ‘low cost, low pain ways of “nudging” citizens … into new ways of acting by going with the grain of how we think and act’. The expressed goals of the ‘nudgers’ sound altruistic, aspiring to ‘improve people’s lives and communities’ by applying ‘behavioural insights to inform policy, improve public services and deliver results for citizens and society’. Experts in this form of persuasion are now embedded in many government departments, both in the UK and in other countries, shaping policies, processes and communication strategies, striving to influence citizens to ‘do the right thing’. There is, however, a major drawback: the psychological techniques used by these ubiquitous influencers raise profound ethical concerns. And – troublingly – the powers that be seem extremely reluctant to discuss them, resorting to a combination of avoidance, disingenuousness and even a failure to attend a government committee to answer questions.

In a previous article I described how many of the strategies of behavioural science often operate below people’s conscious awareness and frequently rely on inflating emotional distress to change behaviour. In this regard, the three ‘nudges’ that have raised most alarm throughout the COVID-19 era are fear inflation (or ‘affect’ in the language of behavioural science), shaming (‘ego’) and peer pressure (‘norms’). There are three major areas of ethical concerns arising from these strategies: those associated with the methods per se, in regards to whether a civilised society should strategically inflict emotional pain on its citizens as a way of achieving compliance with the state’s agenda; those regarding the lack of informed consent from the British people, the abandonment of a fundamental ethical requirement for all healthcare professionals prior to the delivery of an intervention; and questions around the nature of the goals pursued, in this case to attain compliance with contentious and non-evidenced restrictions such as lockdowns and mask mandates.

Ethical concerns escalate when one recognises that behavioural-science ‘nudges’ are routinely used in more and more areas of our lives. Prior to the COVID-19 pandemic, these techniques had been deployed on taxpayers as a means of recouping the Loan Charge from small business owners, sometimes with tragic outcomes; a subsequent All Parliament Group Report into the process concluded that ‘HMRC continue to apply pressure to taxpayers by using 30 behavioural insights in communications, something that has been cited in one of the seven known suicides of people facing the Loan Charge’. And it seems that soon the tentacles of the behavioural-science monster will encroach into all TV programmes, a recent collaboration between Sky TV and the Behavioural Insight Team (the Government-commissioned ‘nudge’ unit) disclosing that their environmental mission is to ‘shift the behaviour of millions of people to deliver our net zero goals’ by using dramas to ‘boost social acceptability of pro-environment choices’. And even the war in the Ukraine is spawning media coverage that parallels the fear-inflation and demonisation of dissent witnessed during the covid-19 crisis.

Yet attempts to engage the powers that be in constructive debate about the questionable ethics of the Government’s ubiquitous reliance on behavioural science have, to date, evoked only evasion and knee-jerk defensiveness.

On the 6th January 2021, I – along with 46 psychologists and therapists – wrote a letter to the British Psychological Society (BPS), the organisation responsible for overseeing the practice of psychology in the UK, to seek their perspective regarding the ethical basis of deploying covert ‘nudges’ to promote compliance with contentious and unprecedented public health restrictions. Six months later – after several further prompts to extract a reply – the chair of the BPS’s ethics committee responded stating, emphatically, that the BPS could see nothing remiss about psychologists’ promoting the use of these methods to inform the Government’s covid-19 communications strategy. In particular, the BPS argued that the techniques in question were ‘indirect’ rather than covert, the fear levels experienced by the British people were proportionate to the objective risk posed by the SARS-CoV-2 virus and that psychologists in this instance had demonstrated ‘social responsibility’ that – apparently – negated the requirement for them to seek the informed consent of their targets. This strident riposte was not surprising: the BPS is impeded by a major conflict of interest on this issue in that several of the Government’s behavioural scientists involved in the development of COVID-19 communications are also prominent figures in the BPS.

In the context of escalating concerns (among both clinicians and the general public) about the ethical basis of ‘nudging,  on the 18th January 2022 I sent another letter (co-signed by 55 health professionals) to the Public Administration and Constitutional Affairs Committee (PACAC) (a Commons select committee chaired by William Wragg MP) formally requesting an independent inquiry into the Government’s use of behavioural science. A representative of the PACAC responded the next day, informing me that their committee was currently conducting an inquiry into the Coronavirus Act 2020 – one element of which was to consider the use of behavioural science – and that they were taking oral evidence the following week, including feedback from Professor David Halpern (chief executive of the Behavioural Insight Team and prominent member of SAGE). In my response I emphasised the urgent need for a stand-alone review of the Government’s deployment of behavioural science, but also asked, in the interest of balance, if a psychologist with concerns about the ethics of ‘nudging’ might also be invited to contribute to the ongoing Coronavirus Act 2020 evaluation. No such invite was forthcoming. Nor, to date, have we received any commitment from the PACAC to conduct the requested stand-alone inquiry. Indeed, when my local MP asked the PACAC about the prospect of such an inquiry he was informed by an administrator that ‘there are no current plans to do so’.

Undeterred, those of us with concerns about the ethics of behavioural science explored other ways of communicating our views and were invited to give evidence to an All Party Parliamentary Group (APPG), co-chaired by MPs Esther McVey and Graham Stringer, that is focusing on ‘Pandemic Response and Recovery’. Having listened to our presentation on the 28th February 2022, the APPG informed us that some of their members would soon have the opportunity to question the chair of the SPI-B group (a subgroup of behavioural scientists and psychologists offering advice to SAGE) at a Science and Technology Committee session taking place two days later. We were asked to submit pertinent questions for this purpose, and duly obliged with the following:

1. How can you justify the strategic decision (as per SPI-B minutes of 22/3/20) to recommend the inflation of fear for all the British people, irrespective of their individual risk levels of serious harm from the virus?

2. Do you believe that claims to be acting in a ‘socially responsible’ way or ‘for the greater good’ negates the need for behavioural scientists to practice within long-established ethical guidelines?

3. Do you believe it is acceptable for the Government’s behavioural scientists to recommend covert psychological strategies that knowingly deploy fear, shame & scapegoating (‘affect’, ‘ego’ & ‘norm’ nudges) on its citizens as a means of promoting compliance?

4. Professor David Halpern has stated that behaviour-science ‘nudges’ should not be used without the consent of the British people. Have SPI-B obtained this consent? If not, how can you justify their deployment?

We eagerly waited to hear the SPI-B chair’s responses to these questions. Alas, we were disappointed: neither the Chair of the behavioural science group (Professor Ann John) nor her deputy attended the session. In light of this surprising no show, Graham Stringer MP tried to put some of our questions to Professor Graham Medley (a modeller) but, understandably, he was not able to answer.

One final snub for those of us seeking an open debate about the ethics of ‘nudging’ was the omission of any mention of behavioural science or propaganda in the draft terms of reference for the Inquiry into the COVID-19 pandemic, published on the 10th March 2022. This glaring oversight must be corrected in the finalised document.

The Government’s use of behavioural science now effects almost all aspects of our day-to-day lives. Many of the ‘nudge’ techniques deployed – including slogans, visual images and masks – rely upon the strategic manipulation of fear, shame and peer pressure to achieve their aims; as such, they raise pressing ethical concerns that should be addressed in a comprehensive and transparent way. We need to talk about behavioural science, yet those in positions of influence seem reluctant to do so. Why?