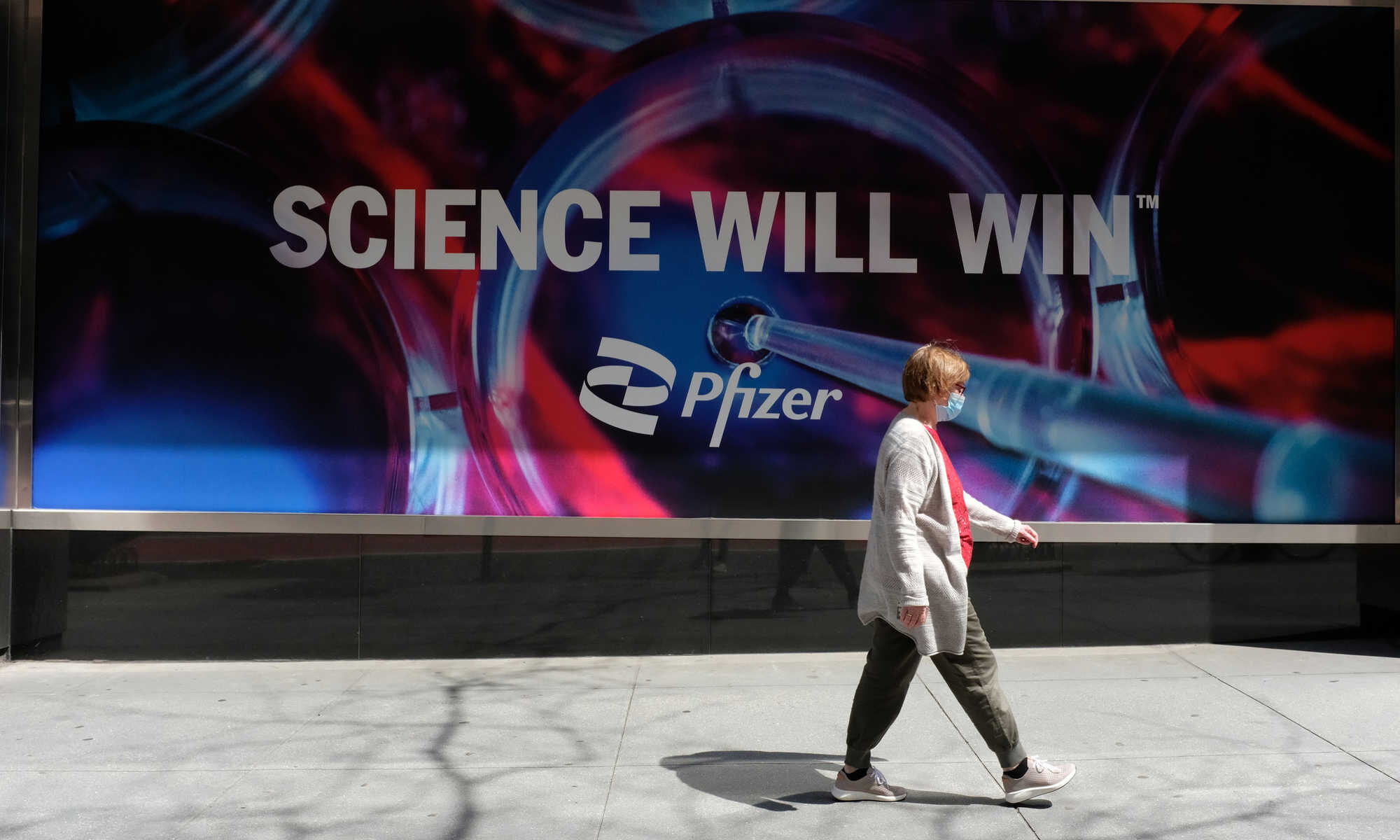 Pfizer has sponsored a new comic, “Everyday Heroes,” to urge people to get their autumn Covid boosters. The plot of the new comic centres around a grandfather waiting for his jab at a clinic that comes under attack by the Avengers villain, Ultron.

“We can fight back against even tough, ever-evolving enemies,” the masked up grandfather assures the people in the waiting room, “if you’re willing to adapt, fight back and take steps to help protect yourself. It’s also important for entire communities to come together and help fight the threat.” Not all heroes wear capes, you know.

This is brave of Marvel and Disney. Mixing face masks and vaccines with superheroes is either very confident, or very profitable. Dress it up how you want, but Band-Aids on old men’s arms aren’t exactly superhero-ish. It’s a long way from muscular Thor and his hammer. And every adverse vaccine event stands to puncture the allure of the superhero like a needle through a cape.

We know from documents obtained by freedom of information requests by Judicial Watch Inc, that the US government planned to partner with Hollywood guilds to “work vaccination messaging into scripted and reality TV shows,” Disneyland Parks, major sports leagues, social media platforms, Catholic newspapers and newsletters, TV morning and daytime talk shows, Hispanic entertainment networks… the list goes on. This new comic is part of a vast plethora of communications to shift uptake.

“Entertainment is sugar-coating for mind pills,” Edward Hunter said sagely in his book Brainwashing: The Story of Men Who Defied It. Hunter interviewed Korean War veterans who survived POW camps and civilians who were in China about their experiences of brainwashing and how they survived. The “mind pills” relate to the saturation treatment in society, whereby people simply could not escape from communist propaganda, including in entertainment.

Generally we connect television propaganda with authoritarian and communist countries. However, using television for social engineering is not the sole preserve of those regimes. It is increasingly obvious that even in democratic countries there can be an unofficial relationship between government and entertainment media. You might think that the ends justify the means especially in the case of a pandemic, or any public health messaging. But the distinction between public health goals and political goals is not so clear.

Covert propaganda does edge its way into movies and television, as the Marvel collaboration shows. Here in the UK, the Behavioural Insights Team has helpfully published revealing reports. Colloquially known as the Nudge Unit – after a form of behavioural science called ‘nudge’ – it was once part of the UK government, although it is now independent. While still one third owned by the UK government it published a report entitled ‘The Power of TV: Nudging Viewers to Decarbonise their Lifestyles’. This collaboration with the broadcaster Sky made some startling admissions:

‘Behaviour change via broadcasting and traditional media has historically been aimed at improving public health, boosting gender equality, and reducing violence. Imagine the potential for emissions reductions if the same methods were used to encourage sustainable behaviours!’

The media has long been used to effect behaviour change. The report details a multitude of ways that TV can be used to nudge us to Net Zero behaviour, including children’s programming, news segments and even product placement.

There is little argument with the excellent intentions of some government-backed health campaigns. The intersection of anti-smoking messaging with the Superman franchise resulted in Nick O’Teen, a baddie who tried to recruit children to his army of smokers. The rationale was to target children who were thought to be easily led to unhealthy choices, but also that the children as ‘agents’ would persuade parents not to smoke. But, crucially, the good intentions were transparently contained within advertisements. This is a world apart from news and editorial being covertly influenced, outside of the transparent framework of advertising, which is subject to regulation.

Children’s TV show “Lazy Town” partnered with Change4Life, a UK government initiative to encourage better health and tackle obesity. Most recently Russell T Davies, has said that Doctor Who will be exploring topics like climate change. During COP26, all the major UK soap operas had converging climate themed storylines.

Propagandists are increasingly emboldened to be public about their efforts. It is shameless because they do not see the shame. We are living through a plot twist in the development of propaganda.

In George Orwell’s 1984, the Telescreen was an obligatory screen in every home, used to broadcast propaganda but also keeping the inhabitants under surveillance. The telescreen “could be dimmed, but there was no way of shutting it off completely”. Fortunately for us, we can shut off our telescreens if we want to. Falling viewing figures suggest people are doing just that. Maybe they don’t like being preached to.

This new partnership between Marvel and Pfizer is Super Lame. It might have been Super Profitable for Marvel, but I suspect it’s going to be Super Damaging to the brand.

Republished for the author’s Substack.