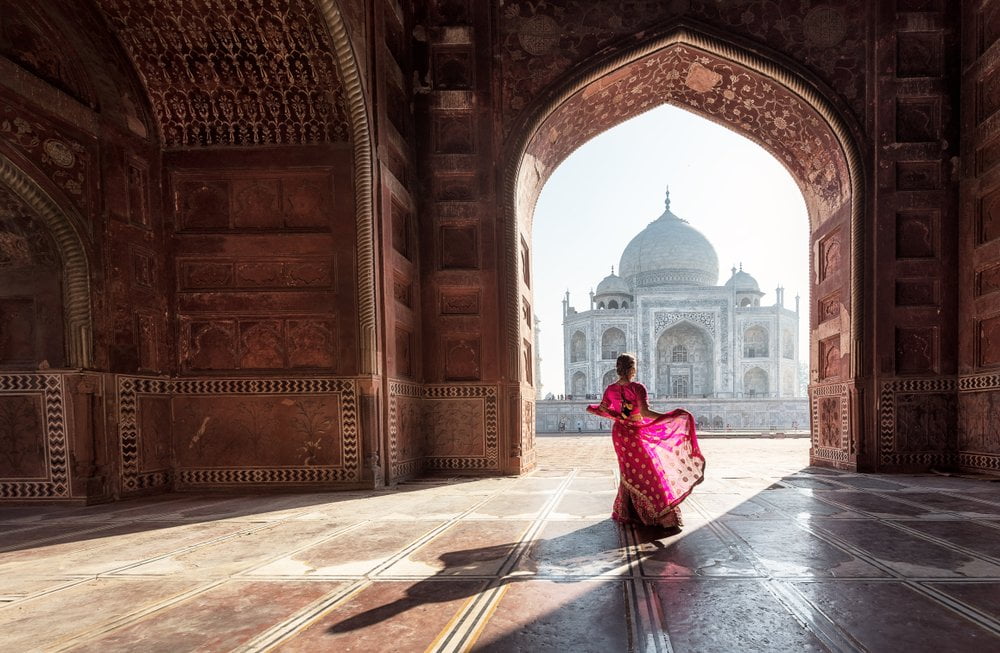 BBC News carried a report this morning on Fox TV anchor, Tucker Carlson’s claim that British Civilized India. There is an element of truth in his remarks but there is a need to dig deeper.

As the just published article, “A Flaw in the Theory of Evolution”, explains, ancient Indian wisdom is vast, profound and unparalleled.

Ancient Indian seers made a large number of discoveries using a method of discovery which goes by the Sanskrit name, Shruti, meaning revealed, many of which remain out of reach of the most modern civilizations in the West. The Evolution article presented several examples of Shruti discoveries . In contrast, today’s India is a hundred years or more behind the most advanced modern civilization.

This is the wisdom of Shri Krishna who prods Arjuna to rise in the eighteen chapters of the Bhagvad Geeta, meaning, rise in positive emotions at the exclusion of negative emotions, and teaches him the various yoga paths with which to rise.

No one understands why emotional excellence should undergo such transformation, but we can be certain, it does.

Appended below are three plots prepared in 1992-93, one for Greece, the second for Great Britain, and the third for the United States. Each plot depicts the number of persons from the given nation listed in all 23 volumes of the 1991 edition of Encyclopedia Britannica. Bear in mind, we can only be certain if a nation is in decline in hindsight (see Figure 1 for Greece), not in real-time. Nonetheless, the plots for Great Britain and the United States appear ominous.

Once the cyclical nature of rise and decline of civilizations is properly understood, people will refrain from making the type of remarks Mr. Carlson made. The efforts should instead be on improving the societal level of emotional excellence to postpone decline whenever it may occur. And, this is a well-posed scientific problem which has an auditable solution.

In the early nineties, graduate student, Bharat J. Sanghvi prepared the plots for Greece, Britain and the United States, while graduate student, Sundeep “Sunny” Dronawat” prepared the plot for Germany. For these plots, they first had to locate and compile all persons born in the specific nation in all the 23 volumes of the 1991 edition of Encyclopedia Britannica and then plot the data. I still have the raw data.

Needless to say, this was a lot of work that they put in in the midst of classes for which I remain grateful. These plots eventually led to a scientific framework for external and internal excellence toward a better (in the sense of defects in all products and services) and more peaceful world. 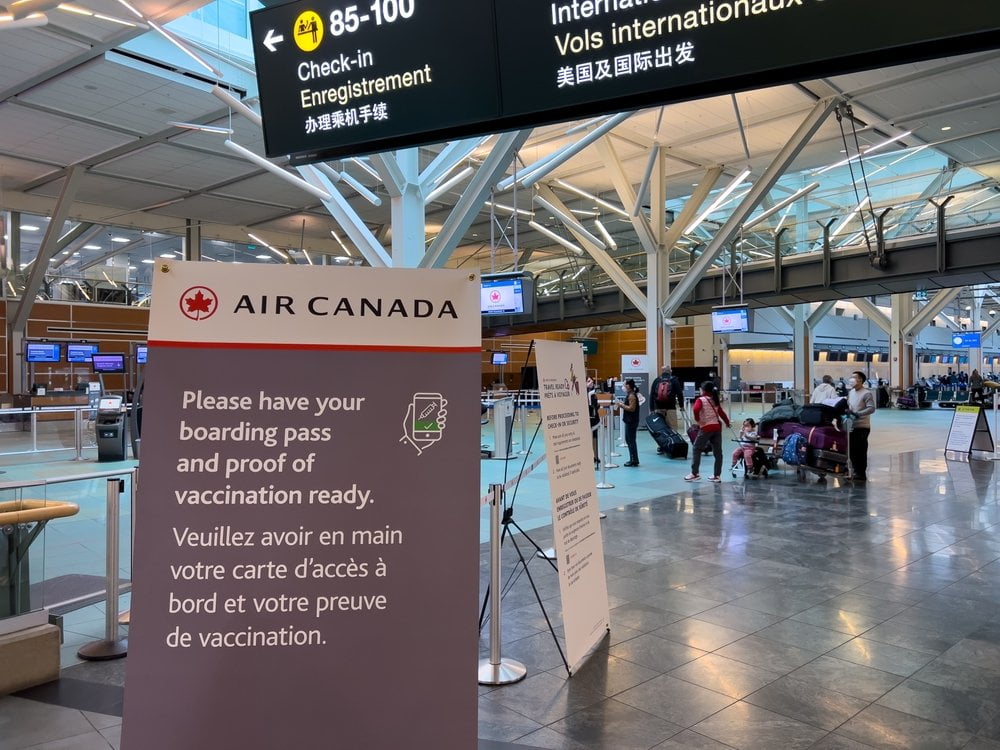 Many Canadians are not aware of the fact that still, unvaccinated Canadian’s returning home from travel must quarantine for 14 days and take mandatory tests. This is regardless of whether they have COVID or not.

The rules on the unvaxxed, random testing and masking have been heavily criticized by border villages, tourism groups, the union representing border guards, and the opposition Conservatives.

Various sources in Canada have been reporting to news outlets that the final details are being worked out to lift the remaining measures here in Canada by Sept 30.

Keep in mind, vaccinated Canadians who test positive for COVID-19 do not even have to isolate. Yet an unvaccinated person who tests negative has to.

It also appears the controversial ArriveCan app may become optional as well. Canadians may not be obligated to fill it out when coming home, but can use the app to complete their customs declarations if they like.

“Hopefully, it includes a transition of mandatory masking on airplanes, as well, and turn masking to ‘recommended but optional’ as it becomes increasingly unenforceable!”

Interestingly, masking remains a source of dispute inside the government, with many cabinet members eager to abandon it. Health Minister Jean Yves Duclos wants to keep masking requirements in place until after the election. For what reason? It is not clear.

Some feel masking requirements have become nothing more than pandemic theatre. Imagine this, an American planes departing from a Canadian airport will stop enforcing the masking requirement as soon as the door is locked for departure. Near the Canadian airport? There is COVID risk, depart, and it goes away. This suggests that the science is not clear on these issues, and that decisions being made are political for the most part.

The Trudeau government has stuck to their COVID policy very strongly over the course of the pandemic, and only begun to loosen up the more their own party anonymously suggested there is no reason or science to support Trudeau’s measures.

Below is a video Pulse founder Joe Martino produced discussing the matter.

Locally, COVID restrictions have been lifted by all Premiers around Canada, no matter the political affiliation. Yet Federally, Trudeau has hung on, and many believe it is simply political.

Now, people may think that even further as Pierre Poilievre recently won the election for Conservative Party leader.

Poilievre has promised many times over that he would lift these remaining restrictions and get rid of ArriveCan. It’s more than likely that to put himself on more even terms with Poilievre in the eyes of Canadians, Trudeau will drop the remaining measures.

The question is, will this reveal that these restrictions have been nothing but political for the last 8 months? And this leads to the bigger question: if citizens lives have been toyed with political parties for decades, can we truly say that our political systems and overall societal structures work in favor of citizens? Or is it more for the ruse and benefit of the ruling class? 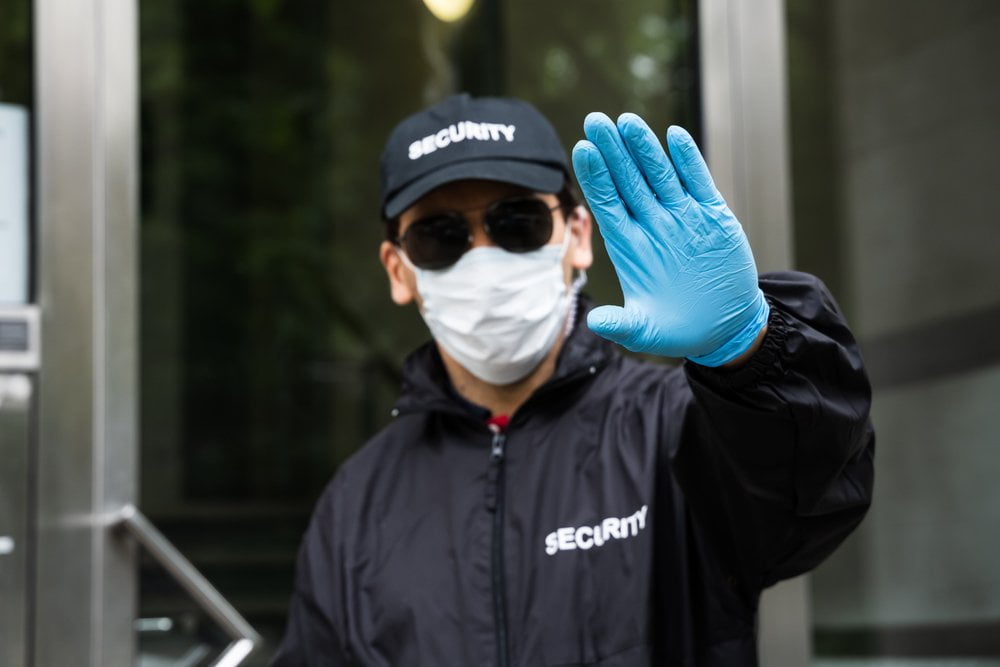 The job listing states that the contract will be valid from the time of acceptance until August of 2023. According to the PHAC website, security is available 24 hours at their quarantine facilities.

“There is 24-hour security onsite to ensure your safety, security and privacy.”

During the COVID-19 pandemic, the Canadian government established “Designated Quarantine Facilities” for Canadians returning home from travel who were unable to quarantine at home because of proximity with family members.

Hotels were generally used as quarantine facilities, with a few brand new buildings built around Ontario. Some travellers were forced by law and threat of major fines to stay in a facility until their isolation period was up. They had to do so at their own cost as well, which was around $300 per night. They were given food while at the facility.

According to the Canadian government, travellers are “required to remain in your room until you receive permission and a specific time to leave from a Quarantine Officer at the facility.”

With the Omicron wave well established and gone, and with the severity of COVID infection at an all time low, Canada is still holding these facilities in place – and intending on staffing them up until 2023.

While neighbouring countries like the United States are still not allowing unvaccinated foreigners to enter, similarly to Canada, they do not have quarantine facilities for their citizens.

Click below to watch a sneak peek of our brand new course!

If you have been wanting to build your self awareness, improve your critical thinking, become more heart centered and be more aware of bias, this is the perfect course!

Click here to check out a sneak peek and learn more.