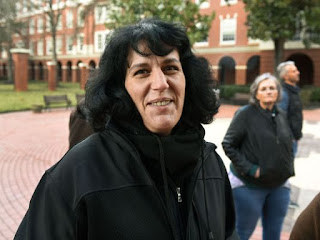 Update 1: tightened up some legal references and language at the request of the legal team.. like I said I’m not a lawyer… 😉
Some background context to the following conversation, legal viewpoints are my opinion only I am not an attorney and I do not speak for Heather or Randy:
1) The great flaw of the US Constitution is the clause that gave Congress the power to regulate commerce.  This is where the banking root got into the swamp sewer pipe.  From this began the infiltration of US common law and courts by UCC law.  Congress, as you know, must run for office every two years which means they are perpetually raising donor money.  The Federal Reserve has unlimited ability to create money.  And you can see how that works through myrids of corporations and shell corporations and political PAC committees and lobbyists.  The US Congress is the Federal Reserve’s backdoor into government.
2) Adam Schiff, the head of the House Judiciary committee, ancestors were house mates with Amschel Rothschild in Germany.  He’s as a tool of the bankers as much as anyone can be. Heather’s cousin was once married to “finance guru” Peter Schiff another member of the Schiff clan.  Peter Schiff’s father, Irwin, was actually an amazing guy, he told the world the IRS tax code was completely voluntary and there was no law saying you had to pay it  and for that the banking families buried him, as a warning to any banking family who doesn’t toe the line. He died in federal prison in October 2015 while he was serving a sentence of at least 13 years for tax evasion.

3) Congress was holding its hearing about the purported whistleblower with acting DNI director Joseph Maguire. Trump released entire transcript of this “nothing burger”. The President of the Ukraine said he felt no pressure from Trump.

4) 6th Circuit Appeals Court made its ruling on Heather and Randy’s based on appeal tactics by Heather’s Sinophile attorney Dennis Terrez  (he does lots of China free trade junkets) and Randy’s lawyer.   Both lawyers took the defaming approach of saying the two were not mentally competent because they defended themselves and the court should have never let them defend themselves. Neither lawyer ever had consent to the tactics and defense strategy they took. Heather called Terrez’s actions “unconscionable”.

Presumably because Heather filed all her documents on the public record and they had to paint her as being crazy or greedy. Whether you think Randy was guilty or innocent, and that admittedly depends whether you have been educated as to where the Fed gets  its value, Heather had nothing to gain by writing a trust document for Randy. What Randy did was brazen… but  entirely, absolutely, 100% lawful and legal, if you understand the 100+ years of  fraud the Federal Reserve has been perpetuating.
He likely also likely accidentally discovered the backdoor payment method for all kinds of corruption via ACH.  Those accounts were real and you could not access them with a false name or false social security number. If the transfer system was intelligent enough to validate name and social security it was in there by design.
5) Heather and Randy filed “command to cure” filings to these purported “defending attorneys” which they ignored.
6) These attorneys had no authorization to do and say what they did.  This is the attorney’s creation and now they get to experience what they created.
7) 6th District Court rules against the attorneys, saying that despite what the mental state attorney’s purport and their belief the court should have never let Heather and Randy defend themselves, they had the right to defend themselves.   The ruling also refers to the “Federal Rerseve Bank as the United States”.  They purport Randy defrauded the United States.  You can read the ruling on BZ’s web site. I believe these PDFs are on BZ’s web site, but I was not able to find them as I write.
8) A leading Law Journal writes an article in just short of 12 hours about how this judge showed “tough love” to these crazy conspiracy theorists who were trying to get out of jail on a mental competence issue.  A LIE BASED ON LIES COMPOSED BY THE LAWYERS WHO ARE SUPPOSED TO BE DEFENDING.THEIR CLIENTS NOT DEFAMING THEM.  https://www.law.com/litigationdaily/2019/09/25/daily-dicta-when-competent-people-believe-crazy-things-tough-love-from-sixth-circuit-judge-jeffrey-sutton/?slreturn=20190826065509
9) Heather spent nearly 20 years on her work. In what universe would Heather try to get out of prison with a tactic that says she is not in her right mind?  I know of nobody more sane! I can think of lots of reasons those behind the banking systems would want that narrative!  Defamation won’t change the validity of the law work done.
10) The Federal Reserve is injecting liquidity into the banking system at 2008 levels because they cannot keep it working.   The filings have been having an effect on the Central Banks and on China! And everyone off world knows it, even if those on planet are still in denial.

In a prior note you mentioned “United States” secret [bargaining chip]…” for some reason I was thinking country not prosecution…. sheesh I missed that…

Read the 6th circuit alleged appeal [ruling].. (I trust Lisa sent that to you?) so the Federal Reserve is now the United States? We are in thru the looking glass now… all that’s missing is the hookah smoking Cheshire cat!

I once assumed law had something to do with logic and it’s foundations in that… sure doesn’t seem the case in Ohio.

lol…all so-called “Congressional” tools/armaments have imploded/are imploding…the so-called 6th Circuit is just but one of the many …their committees are another…not pretty to watch/experience their implosion, however, it is complete.

…as the tv’s, radio’s, internet displays, records, and transmits the “over-the-top” bombastic, pompous, ignorant, and hypocritical words, and obsolete old beingness personified for one last “flash”, I am reminded of years ago (2011?) when overseas a renowned film Director/Producer took cutouts of similar speeches/words those in positions of supposed trust, oversight, and power, i.e. Queen Elizabeth, British Politicians, Aristocracy, Law Enforcement, etc. made publicly and he edited them together, side by side with their actions, and over-lighted the hypocracy and dishonesty personified, and showed by their own hands/words/actions their arrogant, and deliberate toxification of the existence of the entire “kingdom” and its sludging affect/effect on the rest of the world… the film went viral… said director/producer was purportedly taken into “custody” in Ireland, and then extradited to London, where he and the “embarrassing” events were buried/hidden by the sensational “extradition cases” of “Elaine”, “Assange”, and that young man with health issues that supposedly hacked into NSA, et al…

…In regards to America, Pelosi, Harris, Biden, Schiff, et al…and all international and Universal equivalents…the compassion they are shown and that they experience now, is in the quickness this bit is completed.

In complete love, gratitude, and heartitude, all ways, always…

It’s astonishing the accusations that are flying from Congress which have no basis in fact or hyperbole. I’m equally astonished by Trumps resilience and sense of humor through all this.

On good days I think “this too shall pass” on bad days I just want off the planet.  I don’t enjoy watching this game. It’s stupid, mean and a waste of time and energy. I abhor the nanny state of mindless bureaucrats.

I Wanna get back to creating on grand scales.

hugs, love, and celebrations for all, by all, with all ??