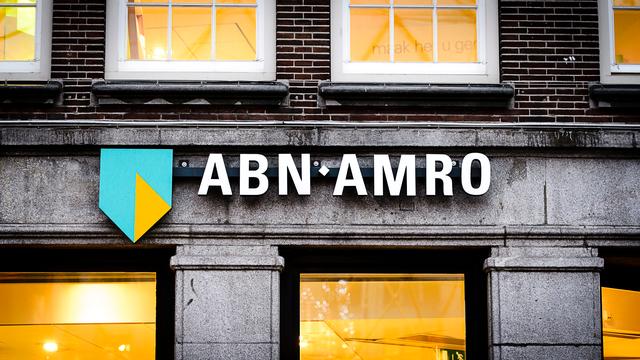 This is one of those milepost markers in where we are at in Bank Trade and Finance… Amsterdam was always a kid brother to London in bank trade and finance, but significant in its worldwide reach.  – Terran

ABN AMRO is quitting trade and commodity finance activities and will wind down corporate banking in the United States, Asia, Australia and Brazil under a plan to shrink its investment bank.

The Dutch bank said on Wednesday the focus of its slimmed-down corporate and institutional banking (CIB) will be on clients in Northwestern Europe and clearing.

It is setting up a non-core unit for CIB, which will include about €14bn of risk-weighted assets, or 35% of CIB’s total. The non-core arm will have about €18bn in client loans, or 45% of CIB.

It said about 800 employees are currently dedicated to non-core activities and the wind-down of the businesses is expected to take three to four years and be capital accretive.

“We have concluded that to be successful, CIB’s activities need more focus and scale,” said CEO Robert Swaak. “Furthermore, CIB will need to reduce risk to adhere to a moderate risk profile and will align to the bank’s overall strategy and financial and non-financial ambitions.”
ABN said in natural resources and transportation and logistics it will focus on European clients only.

Its only non-European corporate banking activities will be clearing, where the bank said it had taken several de-risking measures in recent months after incurring a large loss.

Stricter lending criteria and credit limits have been set based on clients’ individual credit rating, available collateral and geography of origin.

Several other European banks are reported to be rethinking their trade and commodity finance operations, including Natixis and BNP Paribas, after losses in energy trading.

ABN said about 80% of the CIB non-core portfolio will mature by 2023 through natural run-off. It said it will consider options to accelerate the wind-down.

Its loan impairment allowance for the non-core portfolio is €1.4bn and it expects additional impairments. It also expects to book a provision of about €200m for staff-related costs.

ABN has made several attempts to increase profitability and reduce risks in CIB after losses in the energy sector, but it said the attempts had been insufficient.

Swaak said the core Amsterdam-based CIB business will target markets where it has scale and can be sufficiently profitable and try to build on its profitable domestic franchise and footprint with links with the Netherlands.

That is likely to focus on mid-sized clients in sectors such as financial institutions, shipping, technology, media and telecoms, and real estate, and on products including lending, payments and asset-based finance, as well as the markets products.

It is sticking with clearing because it has strong roots in the Netherlands, offers diversification of income and is countercyclical, the bank said.

ABN said it wants the core CIB business to produce a return on equity of 10% in the long term. The core business’ pro forma RoE was 9% in 2019 but was negative 12% in the first half of this year.

CIB’s impairments dragged ABN to an overall net loss of €5m for the second quarter.

ABN was bailed out by the Dutch government in 2008 and was reprivatised in a 2015 initial public offering. The Dutch state still owns a 56% stake.

Its shares jumped 8% to €8.74 on Wednesday after the review and Q2 results.

ABN Amro Bank NV became the latest bank to exit the commodity and trade finance business, further shrinking the pool of funds available to trading houses moving trillions of dollars of oil, metals and grains around the world every year.

The Amsterdam-based lender, once a key pillar of a triumvirate of Dutch banks providing short-term loans to traders, said Wednesday it’ll close the division after racking up losses from a series of trading scandals. Following similar retreats by one-time stalwarts BNP Paribas SA and Societe Generale SA, it’s a blow for commodity traders dependent on such credit to fund their operations.

The Amsterdam-based lender, once a key pillar of a triumvirate of Dutch banks providing short-term loans to traders, said Wednesday it’ll close the division after racking up losses from a series of trading scandals. Following similar retreats by one-time stalwarts BNP Paribas SA and Societe Generale SA, it’s a blow for commodity traders dependent on such credit to fund their operations.

ABN Amro, among the top 10 trade finance banks, will let existing loans wind down over the next three to four years. “We will work with our clients to do it in an orderly way,” Abrahams said in an interview. “It’s tough for our clients and our staff, but we are convinced it’s in the best interest for the bank.”

Commodity traders rely on short-term finance deals from banks to fund the buying, transport, refining, blending and storage of raw materials — from crude oil to wheat to zinc. Without access to the low-cost loans, they can’t fund their day-to-day operations.

“ABN’s decision to pull out of commodity trade finance is worrying for the sector,” said Jean-Francois Lambert, an industry consultant and former trade finance banker with HSBC Holdings Plc. “ABN was a very active player in the industry.”

While major trading houses such as metals giant Glencore Plc, top independent oil trader Vitol Group and Trafigura Group still have scores of banks to tap for loans, the options for mid-size and smaller niche traders are drying up.

“What we are witnessing could trigger a liquidity squeeze for the sector,” Lambert said. “Already smaller players are feeling the pinch as lenders have become more restrictive.”

But the global pandemic and wild gyrations in commodity prices have brought to light a wave of scandals. In the collapses that followed, Singapore oil trader Hin Leong Trading (Pte) Ltd. left more than 20 banks on the hook for $3.5 billion in losses amid allegations of fraud. Earlier this year, ABN said two client cases accounted for 460 million euros ($540 million) in provisions, including one tied to a “potential fraud case in Singapore.”

As well as the scandals, oil’s slump and a historic decline in fuel demand have changed the landscape for lenders to commodities traders.

Trading-house finance executives and bankers have said the sector will need to adopt tighter loan rules and restrictions to guard against further frauds and losses. Major industry lenders have already cinched their purse strings, raising the cost of borrowing amid more than $9 billion in potential losses for banks.

Even the biggest traders could be squeezed if more banks pull back or exit the space.

“Commodity trading needs ‘other people’s money,’” Lambert said. “Any restriction on the availability of such liquidity will have an immediate effect on their ability to trade.”

ABN Amro said Wednesday that its trade and commodity finance activities will be “discontinued completely,” as it reported a net loss of 5 million euros.

The bank’s exit follows the halt of new trade finance loans by France’s BNP Paribas. BNP was, for many years, the leading lender to the industry, accounting for as much as half of some trading houses’ bank lines. It cut trade finance operations significantly after 2014 in the wake of a record fine for violating U.S. sanctions, but was still a top 10 lender.

Fellow French bank Societe Generale confirmed this month it was closing its trade commodity finance unit in Singapore following the collapse of Hin Leong and other trading-house scandals.