(Aether Force) Through Ken Wheeler’s lecture series on Magnetism and his books “Uncovering the Missing Secrets of Magnetism“, “The Indefinite Dyad in Plotinus’ Metaphysics & Mysticism“, & “Pythagoras, Plato, & the Golden Ratio“, he describes the role of magnetism and gravity as expressions of dielectricity in a conjugate universe. As a linguist and meta-physician, he has re-envisioned modern physics with Platonic Logic. His work, if taken seriously, provides much support to the theories of Walter Russell. Below you will see a collection of Videos where Ken describes the lost Pythagorean secrets of incommensurability and the golden ratio.

The post Ken Wheeler on the Lost Pythagorean Secrets of the Golden Ratio appeared on Stillness in the Storm. (Ken Adachi) This rare documentary takes a look at the true nature of magnetism, electricity and gravity. Crystals, Physics of a fractal universe and Spin on orbiting bodies. Also speaks of pyramids and how to make one to grow large crops. Dive into the natural world of shape power and Russellian cosmogony with Les Brown.

The post Physics of Pyramids and Crystals | Ancient Tech for a Betterworld – Les Brown appeared on Stillness in the Storm. (Olav Phillips) I found out about Eugenia Macer-Story by talking with Radionic Practitioners at the USPA conference in 2018. For days my mind was saturated with stories of some of my personal favorite Aetheric Researchers. Some stories included warping the fabric of reality in a hotel room to being able to hear attached entities to some members through interference with audio systems, including Tom Bearden and the author of this article Eugenia Macer-Story, a UFO investigating psychic with very in depth theories on the mechanics of the ethers.

The post Hidden Ancient Technology Revealed: The Luxor – Atlantean Seal appeared on Stillness in the Storm. (John Echel) Frank’s exploration of the relationship between form and spirit led him to do deep creative research on the number seven. By applying an alchemical transformative process to his seven-sided form, he has discovered many previously unknown geometric structures that demonstrate a remarkable correlation to the form and functioning of the human heart. These forms and Frank’s artistic process have much to teach us about the objective realities of Living Thinking.

The post Chestahedron – The 7 Sided Etheric Geometry of the Heart – Frank Chester appeared on Stillness in the Storm. (John Echel) I have something to tell you that is no small thing. I wish to introduce you to someone—someone who you will want to know, and know completely.

The post Chestahedron : Remarkable Seven-Sided Form and the Sentient Earth: Part II – Kaye Williams appeared on Stillness in the Storm. (John Echel) In the 80’s and 90’s David Hudson coined the acronym ORMEs. This is a name for what he defined as a new state of matter. ORMEs is an acronym for “Orbitally Rearranged Monatomic Elements”. He demonstrated, through his very detailed experiments and multiple testing, that at least 13 of the transition elements (Co, Ni, Cu, Ru, Rh, Pd Ag, Re, Os, Ir, Pt, Au, Hg.), which are in the center of the periodic table, can exist in a heretofore-unidentified state of matter. He claimed that this occurs when they are in a monatomic state.

The post Gold Powder | ORMUS is a Gas by John V. Milewski — Mana From Heaven appeared on Stillness in the Storm. (John Echel) Dr. Robert J. Gilbert has a multi-faceted background in both spiritual and scientific studies. He is a former U.S. Marine Corps Instructor in Nuclear-Biological-Chemical Warfare Survival; since leaving the service in 1985 he has conducted independent research into the Geometric basis of modern science and new technologies. Dr. Gilbert holds a Ph.D. in International Studies and is a published academic author in that field, contributing to the first academic textbook in the new field of Transformational Politics.

The post Vibrational Applications of Crystal Therapy by Robert Gilbert of the Vesica Institute appeared on Stillness in the Storm. 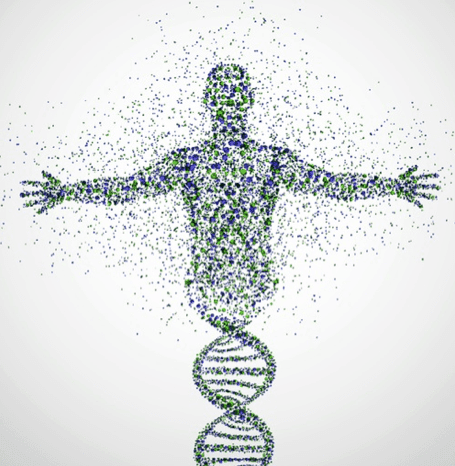 (Peter Gariaev) This paper reports experimental work carried out in Moscow at the Institute of Control Sciences, Wave Genetics Inc. and theoretical work from several sources. This work changes the notion about the genetic code essentially. It asserts: –
Read more »