(Olivia Rosane) The spill occurred during a routine fuel delivery to the Northwest Arctic village of Shungnak. The fuel spilled around 12:30 p.m. June 20, but was not discovered by the villagers until 1:06 p.m. They reported it to the Alaska Department of Environmental Conservation (ADEC) immediately thereafter, The Arctic Sounder reported.

The post 15,000 Gallon Oil Spill Threatens River and Drinking Water in Native Alaskan Village appeared on Stillness in the Storm. (Paul Seaburn) On March 19, 2019, a strange aerial object that appeared to be falling from the sky while emitting some sort of smoke trail was recorded by a man in Anchorage, Alaska. After he submitted it to a local TV news outlet, the video quickly received national and worldwide attention and tons of speculation as to what it might be.

The post Still No Explanation for Strange Falling UFO Over Alaska appeared on Stillness in the Storm. 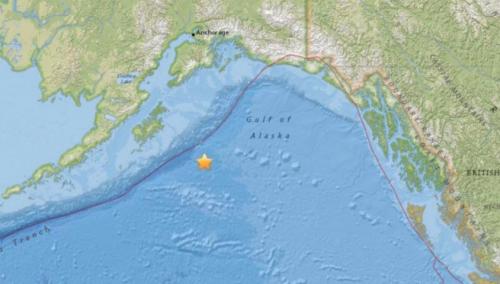 (Tyler Durden) A powerful 8.2-magnitude earthquake detected in the Gulf of Alaska has triggered tsunami warnings in Alaska and tsunami watches across several Western states through British Columbia all the way down to San Diego…