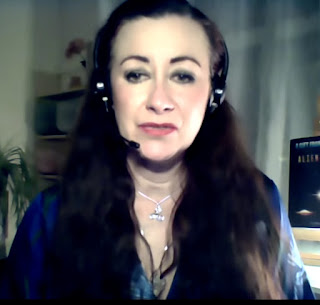 You may find this of interest.  Elena Daanan has been fairly accurate in describing the activities of Thor Han and various groups helping the planet at this time and Dr Salla has quoted her extensively.  Nobody has all the data, not me, not Dr Salla, not Elena.  We all have pieces of the puzzle.  Always use your discernment with all sources including me.

The title of this video is poorly chosen. It evokes images of pagans dancing sex rituals in the forest night.  There really is no ritual (from which the word “rite” is derived) at all in this video.

This is more a synopsis of the various genders found among a myriad of ET cultures through this and other galaxies and their views towards sex and reproduction.  She does mention homosexuality in some ET cultures, we have also said the same, likely in the same proportions found here on Earth. There is also androgyny and in the case of one race up to 8 genders (she doesn’t have the details on what that entails as to reproduction). In case you’re embarrassed by sex, it doesn’t get into the details of courtship and dating practices per se. It’s a humorous and a light hearted way of introducing the topic. She’s also promoting her book about ETs.

I found her drawings of ETs captivating but I wish she’d hold the book still enough to get a good look at them.   What I like the most is calling the “non-locals” by the names they actually call themselves.

Due to the influence of Hollywood and the military, humans define dark eyes and skinny body as  “greys”, when in reality these similar looking beings are vastly different origins, some human, mammalian, reptilian, insect or plan or combination of themt. Their natures and temperaments are vastly different, even if their looks are somewhat similar.  The black eyes are usually lenses for sunlight protection of sensitive eyes.

The beings Earth will meet first are the ones that look human, such as the Pleiadians, Andromedans and Sirians.  Humans are compatible with all of these as we carry pretty much the same genetics.

We will meet the others as we mature as a planet and get used to the idea that life is everywhere and extremely diverse.  Some life in the universe is vastly different than our own with cultures that have a completely different path than ours.   The variety of forms is endless.  If you can imagine it, it likely exists somewhere.

I tried embedded the video but it won’t play unless you go to YouTube, so here’s the link instead: