A new study in Translational Psychiatry suggests that women who are exposed to air heavily polluted by vehicle exhaust and other sources of fine particulate matter have a significantly higher risk of developing dementia.

For the new study, researchers tracked the cognitive health of 3,647 women ages 65-79 for 10 years. All of the women were dementia-free at the beginning of the study. As part of the Women’s Health Initiative Memory Study (WHIMS), researchers assessed the participants’ cognitive function annually.

The researchers used EPA data to estimate the women’s daily particulate matter 2.5 (PM2.5) where they lived. PM2.5 are fine particles that are up to 2.5 micrometers in diameter. They are made up of solid and liquid droplets which are emitted from power plants and motor vehicles, and other sources of combustion.

The miniscule size of PM2.5 makes them easy to inhale, and inhalation of the particles can increase the risk of heart disease, asthma, reduced lung function, and other health problems.

Researchers also looked at the brain tissue of lab mice and discovered amyloid beta protein clumps – the hallmark signature of Alzheimer’s disease – and the die-off of cells in the brain’s hippocampus, where memories are formed.

Air pollution was also shown to affect a woman’s cognitive abilities even more dramatically if she carries APOE-e4, a gene variant which puts them at higher risk for Alzheimer’s disease.

Using air pollution standards set by the EPA, researchers found major differences on all those measures between those who breathed clean air and those exposed to pollution levels deemed unsafe.

In the lab mice, breathing air collected over the 10 Freeway in Los Angeles led to denser brain concentrations of amyloid protein which were more likely to form dangerous clumps than breathing air that met EPA standards pre-2012. 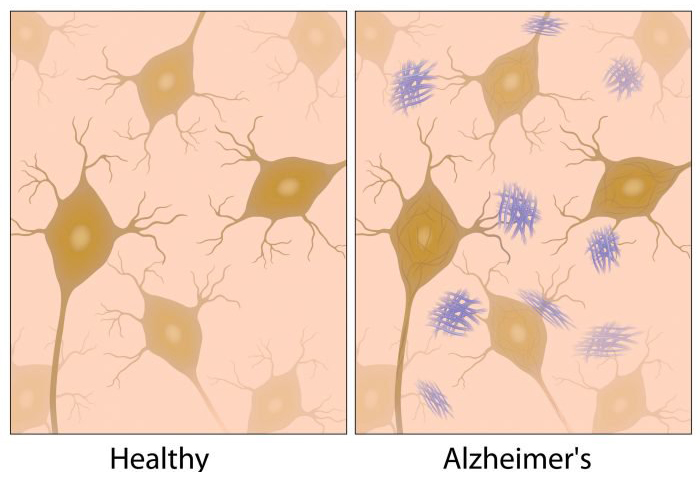 Are we seeing this in real-time in China?

Approximately 54% of the world’s population lived in urban areas as of 2014, according to the United Nations. In China, where air pollution is extreme, more than 55% of the population live in the city.

Interestingly, a 2013 study published in the Lancet showed that the number of people in that country with Alzheimer’s disease soared from 3.7 million in 1990 to 9.2 million in 2010. These are eclipsing figures from the 2012 World Alzheimer’s Report, which predicted an estimated 5.4 million dementia cases in China in 2010.

The authors of the study, geriatric and environmental health specialists at USC, estimate that prior to the 2012 air pollution standards set by the EPA, about 21% of new cases of dementia and of accelerated cognitive decline could likely have been the result of exposure to air pollution.

Here’s where things get tricky.

When the EPA devises its pollution standards, the agency is required to consider the impact they will have on the health of “vulnerable populations.” The EPA is also tasked with using its regulatory authority to protect those populations. The standards set in 2012 clearly do not adequately protect women (and mice) who are genetically predisposed to developing Alzheimer’s disease.

Though air pollution has been decreasing since 2012, Dr. Jiu-Chiuan Chen, an environmental health specialist at USC’s Keck School of Medicine and the study’s senior author, said it’s not clear that even current standards are safe for aging brains, or for brains that are genetically vulnerable to Alzheimer’s.

It would behoove the Trump administration to look over this latest study, as President Trump has indicated that it will either trash or overhaul Obama administration regulations that tightened emissions from power plants and established tougher fuel efficiency standards for cars in an effort to fight climate change and cut air pollution.

“If people in the current administration are trying to reduce the cost of treating diseases, including dementia, then they should know that relaxing the Clean Air Act regulations will do the opposite.”