(Ivan) Have you ever heard about the so-called Ancient flight plans? Mostly found in Britain and France, ancient flight plans are geographical markers placed intentionally, that are interconnected and clearly visible once portrayed on a map.

The post Ley Lines, Ancient Flight Plans, And Their Mind-Bending Connection To Ancient Monuments appeared on Stillness in the Storm. (Ivan) In addition to the fact that Earth is so far the only planet capable of hosting life as we know it, many other mysteries engulf our home world.

The post The Earth Grid: Are Ancient Monuments The Result Of A Global Consciousness? appeared on Stillness in the Storm.

Michael Tellinger shares a new video from his 2017 HIDDEN ORIGINS – USA & CANADA tour. This is the last hour of a 4 hour presentation in which he goes into the new science of sound, resonance, magnetism and SASER technology – Michael presents the mysterious cone shaped and torus tools which were used by the ancient civilisations to achieve unimaginable things – beyond the comprehension of most in the 21st century – who live under the false illusion that we are pinnacle of evolution and technology. 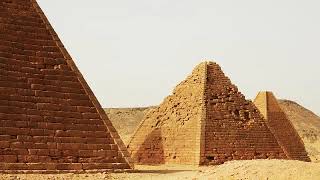 (David Nova) Graham Hancock explains how a cataclysm rocked our planet 12,800 years ago, causing mass extinctions of large animals such as the mammoth and sloth bears, and all but wiping out our own race.
Read more »