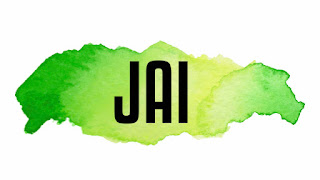 Martha sent me these fragments of a private conversation with Jai. Martha, like many here on Earth, has a a dear loved one awaiting for her on the Horizon.  Martha, like Beverly was once a Queen of Andromeda, which was an elected position.  How I ever met the first and the last queen in this life is quite surprising, but perhaps such things were planned long in advanced?   The Andromedan monarchy was abolished long ago.  My comments are in [red italic square brackets] as is my habit.

Martha: I heard from Jai recently, and some of what he said may be of interest. Edited and blog-able, if you choose.

Martha to Jai: Are you taking care of yourself? Eating and resting regularly?

Jai: ALL IS WELL. TAKING CARE IS ROUTINE. IT IS KNOWN HERE THAT OUR FORMS/VEHICLES REQUIRE LESS CARE THAN THE EARTHSPHERE FORMS AS WE ARE IN LESS STRESS AND ENVIRONMENTAL “DECAY” THAN YOU AND YOURS. IN ADMIRATION. OUR “SYSTEMS” OF LIFE “SUPPORT” ARE DESIGNED TO MAINTAIN OUR VEHICLES/FORMS. THE “AIR WE BREATHE” THE FOODS WE INGEST. ARE ALL MANAGED.

Martha: (I told him about various family drama, deaths in the family, concerns about illness and whether family could come together for holidays.)

Jai: THE COMPLEX SITUATIONS YOU ENCOUNTER WITHIN THE “FAMILY” STRUCTURE ARE INCREDIBLE.

Martha: (And then that the family had indeed met, and I was imagining his reaction to them. And that I’m reminding family to focus on loving each other instead of continuing old dramas.)

Jai: IT IS MY DEEPEST DESIRE THAT WE JOIN YOU AS QUICKLY AS POSSIBLE. THERE ARE MANY “BARRICADES” AND BARRIERS YET. AND AS EACH IS REVEALED ANOTHER REVEALS ITSELF.

Jai: THERE ARE “COUNCILS” WITHIN “COUNCILS” WHO ARE GIVEN LEVY SO AS TO APPEAR “RESPECTED” AND “MORE”.   [I am unclear of the meaning of levy in this context, I don’t think it has anything to do with taxes or conscripting troops]

Terran: How did you interpret Jai’s comment about the Council’s “giving levy”? Feels like an archaic meaning rather than raising taxes or conscripting troops
Martha: I take the “given levy” comment to mean the councils are given the floor, listened to, respected, and then (as he said) gently moved in a direction that leads to unity. So “given levy” basically means listened to and respected.

Jai: HERE WE KNOW THE SECRET IS IN THE HEART.

Jai: THE WAY IN WHICH YOU HANDLE YOUR FAMILY IS MUCH THE SAME WAY IN WHICH THE “COUNCILS” ARE HANDLED NOW. GIVEN THE RESPECT DUE, YET USHERING THEM ALONG INTO UNITY AND PEACE.

Martha: I was dismayed that Stan said something was shot down over Oregon recently. Dismayed because I thought the shooting had finished.

Jai: THERE IS NO COVERING UP THE GRAND RE-ENTRY INTO THE EARTHSPHERE THAT IS IN THE “WORKS”. THERE ARE MANY NOW ON THE SIDE OF “LET US GO NOW” THAN THOSE WHO WISH TO FOLLOW OLD PROTOCOLS AND OLD “COUNCILS”. IN JOY.

Jai: THESE CONTROL SYSTEMS ARE ON SELF-DESTRUCT. NO HUMOUR INTENDED. IT COULD ALL BE AVOIDED AND THAT IS WIDELY KNOWN.

Martha: (Sometimes I ask questions to get an idea of what his life is like. These might be of interest.)

Terran note: One of the most read blog posts I did was a flow with Loie of walking though a Pleiadian ship and seeing Earth women visit a Galactic hair stylist shop.  Sometimes it’s the little things people are really interested in, which give a glimpse into their culture.  They are not so different than us.

Martha: What were you doing when the message came through?

Jai: I HAVE BEEN IN THE ROOM WAITING FOR YOUR TRANSMISSION. I KNEW OF IT ON YOUR “YESTERDAY” AND WITH OUT THE “CONVERSION” OF PROPER TIME IT HAS ONLY BEEN A SHORT “MINUTE” FOR ME.

Martha: What did you last eat?

Martha: What did you last drink?

Martha: We are all wondering when, when, when, but I know you can’t answer that. The speculation here is ongoing…

Jai: “SOON” HAS LEFT MY THOUGHTS BEFORE I CAN CATCH IT. THERE IS NOT A MEANS FOR ME TO SHARE THE “TIMING” OF ARRIVALS.

Jai: THE LANDINGS HAVE BEGUN. IN EARNEST. ON THIS THOR IS UNDETERRED. THERE IS SAFETY IN NUMBERS. THERE WILL BE NO “FRIENDLY FIRE” TO DISSUADE US. AND SO IT BEGINS.

Terran: Thanks Martha!
Martha: I thought it was quite interesting. And if I can find out how the soup is made, I’ll let you know.
Martha: He also described his room a bit, but I don’t know where he is and it seemed not very pertinent. I’m sure he laughs that I ask questions about everything, just to get him to talk. I asked what he’s wearing too. LOL. These guys, we are going to have to help them fit in a bit, looks wise. No capes. No tunics. They need t-shirts. Jeans. LOL!
Terran: Now that would be a first! Interstellar recipe sharing! Lol.
Terran: AnDreas MacAllistar once made me promise to make her an Italian style pizza when the reunion happens.