Parents who dream of their young child growing up to become an NBA player should maybe avoid substituting plant-based milks for cow’s milk, a study finds. Toddlers who drink soy, almond, or other milk “alternatives” may be shorter than youngsters who drink plain old cow’s milk. A strange correlation indeed.

Researchers wrote in the American Journal of Clinical Nutrition that each daily cup of non-cow’s milk consumed was associated with 0.4 centimeters (0.15 inches) lower height than average for a child’s age. [1]

Dr. Jonathon Maguire, the study’s lead author and a pediatrician and researchers at St. Michael’s Hospital in Toronto, said:

That half-an-inch difference “is not a tiny difference” when you’re 3 years old, Maguire noted.

Researchers looked at a cross-section of more than 5,000 healthy Canadian children ages 2 to 6 years old, 51% of whom were male, and were recruited from 9 family and pediatric healthcare practices from December 2008 to September 2015.

The researchers were most stunned to discover “that the amount children were shorter depended on how much they were consuming,” according to Maguire.

Does that mean children who drink non-cow’s milk will grow up to be shorter than their peers? Maybe, maybe not.

“That’s one remaining question. We don’t know if the kids consuming non-cow’s milk, maybe they catch up over time, or maybe they don’t. Time’s going to have to tell.

We do know in general as pediatricians that children who are on a certain percentile line in terms of height tend to stay on that line for the rest of their childhood and into adulthood.”

But according to Amy Joy Lanou, a professor of health and wellness at the University of North Carolina-Asheville who was not involved in the research, the researchers didn’t include enough variables for the findings to be accurate. Most notably, only milk consumption was considered.

“It’s just odd to me why we wouldn’t be looking at the overall diets of the children. If they’re making the claim that it’s because it’s the difference in the types of milk the kids are drinking, well, what else are they eating?”

Lanou’s own research has led to her to believe that cow’s milk is “not a necessary food,” and she believes the study wrongly assumes that taller equals healthier.

“Taller children and heavier children are not necessarily healthier adults, or even healthier children. I think they’re using height as a marker for health, and I’m not sure that’s appropriate.”

Maguire acknowledged there could have been differences in the children’s overall diets, but he said the nutritional content in different milk substitutes varies widely. And it’s “reasonable to hypothesize that some shortchange children on protein, fat, and other nutrients.” [1]

Reasons to Argue that the Connection is Real 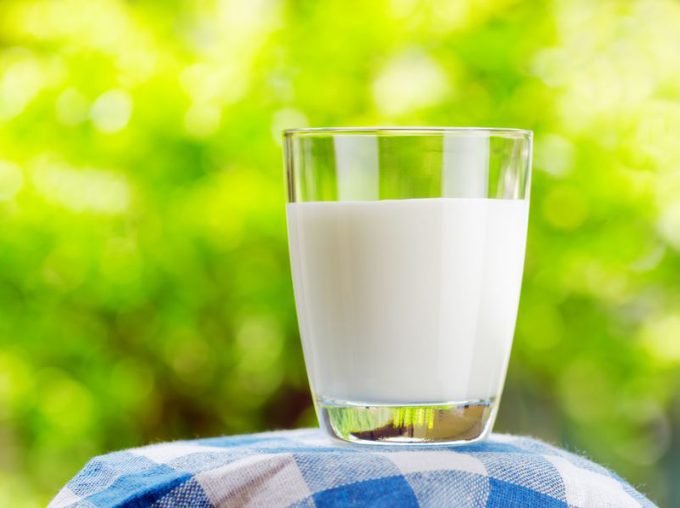 Connie Weaver, a professor of nutrition science at Purdue University who was also not involved in the study, believes fewer nutrients in plant-based beverages compared to cow’s milk may partly explain why young children who consumed milk alternatives were found to be shorter. [2]

“This is the first study that I recall directly comparing cow milk with plant-based beverages for a physiological benefit.

We know that some of the plant beverages, almond especially, have lower protein contents so I have speculated that calcium absorption may be lower. This would suggest that cow’s milk is superior.”

Another contributing factor to the difference in height could be that plant-based milks don’t stimulate the production of insulin-like growth factor, or IGF, as well as cow’s milk does.

“Having less IGF may compromise height but that may lower risk of fracture — and some cancers, too.”

“Many parents are choosing non-cow’s milk beverages like soy and almond milk because of perceived health benefits. However, non-cow’s milk contains less protein and fat than cow’s milk and may not have the same effect on height.” [3]

“If products are being marketed as being equivalent to cow’s milk, as a consumer and a parent, I would like to know that they are in fact the same in terms of their effects on children’s growth.”

The researchers said there is no reason for parents to stop giving their children plant-based milks, but they should be “savvy” about reading nutrition labels, and should avoid milk beverages containing added sugar. [2]

But think twice before reaching for soy milk. As of 2012, about 88% of the soy grown in the U.S. is genetically modified. Past studies revealed that GMO soy is toxic to the kidneys, liver, and reproduction.

Soybeans have also been known to block the production of thyroid hormone, and potentially lead to the development of goiter, among other health problems.