(Amanda Prestigiacomo) After an estimated 2,000-plus people marched in Washington, D.C., as part of the Candace Owens-founded BLEXIT movement, one of the members led demonstrators in the singing of our national anthem — a moment Owens said comes in stark contrast to the left-wing Black Lives Matter movement.

(James Barrett) Despite medical officials having yet to issue a final cause of death for the infant, and his office admitting as much, Connecticut Gov. Ned Lamont (D) declared to the nation Wednesday that his state had suffered what he described as “the first pediatric fatality in Connecticut linked to COVID-19,” the death of a 7-week-old who tested positive for the virus in the autopsy. In a video posted on social media Friday that has already racked up nearly 3 million views, conservative commentator Candace Owens demanded the governor resign for what she says she has confirmed to be a willful “lie.” On the same day Owens posted the video, the office of the state’s chief medical officer told the media they have yet to issue a final cause of death for the child.

The post Candace Owens Accuses Governor Of ‘Lying’ About Newborn’s Coronavirus-‘Linked’ Death, Calls For Resignation appeared on Stillness in the Storm.

Thanks to Alexandra Bruce and ForbiddenKnowledge.TV
Link to original article https://forbiddenknowledgetv.net/candace-owens-torches-the-democrat-party-in-front-of-house-judiciary-committee/ 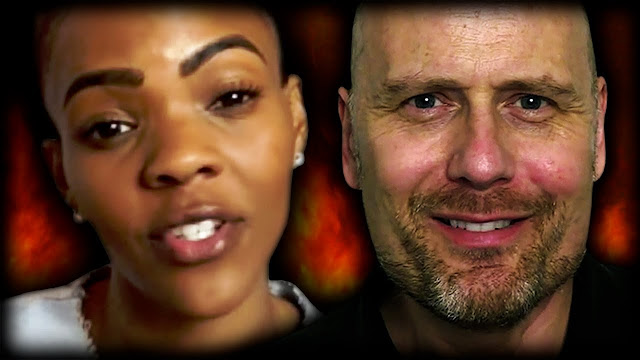 (Stillness in the Storm Editor) The following is an interview by Stefan Molyneux of Candace Owens, a woman who helped break the Gamergate story. She claims to have been threatened by a Twitter employee, who said Owens would be attacked for using Kickstarter to talk about internet bullying of black Trump supporters. The employee told Owens that she needed to take down her Kickstarter or suffer the consequences, which Owens refused. Within hours, she was racially attacked by obviously fake Twitter accounts who presented themselves as Trump supporters. The Washington Post contacted her for a story and produced an article that falsely painted her Kickstarter campaign as racist and potentially a tool for pedophiles. Owens claims that she was clearly the victim of some kind of anti-Trump campaign that was trying to use her to further hidden agenda. Her story implies that a great deal of the alt-right's racist rhetoric could actually be agents of the left who are trying to paint Trump, and anyone not against him, as a racist.
Read more »