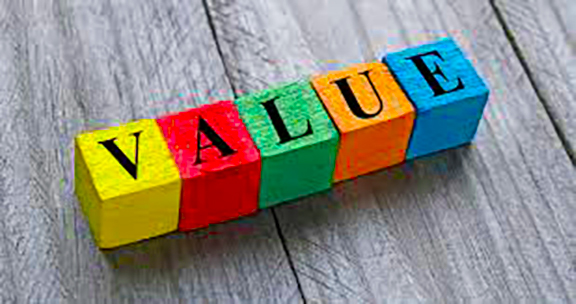 Some thoughts on this journey

One of the things I noticed is the evolutionary nature of this journey since December 2012.

Heather Ann Tucci-Jarraf created a number of tools along the way.  The first tools were her legal filings which have continued to this current moment.

This “separation experience” reality was created over the eons, originally with consent (contracts if you will) and later through undisclosed implied consent, coercion, intimidation and sequestering of knowledge.

It took the collapse of Atlantis 2, Lemuria and the ancient civilization in India to really bring humanity down. Plato is the only well known reference to Atlantis 2.  And Plato, well he was an Earthly experience of the One/Nabrac. Recorded knowledge from Atlantis sunk to the bottom of the sea, what knowledge that remained with the survivors, was ruthlessly purged by the invading Draco.  Even the physical survivors were of Atlantis were persecuted in the oral traditions of the Basque, the Berber, the “five civilized tribes” of North American, and the Maya.

They couldn’t have humanity KNOWING there was an advanced civilization before they arrived. Sumeria was a Draco supported empire, and was falsely recorded as being the birthplace of humanity in the fertile crescent of Mesopotamia.  Our official narrative of human history is the biggest myth of all. That was followed by the dark ages in Europe. ALL OF IT engineered to bring the collapse of Earth knowledge and enslavement to a tiny group of controllers.

China claims to be the Earth’s oldest civilization. It is not. Not by a long shot. It is the oldest Draco compliant empire on Earth.  Why do you think China’s leaders go to such a great length to suppress belief and free expression in China?  They are afraid of their own people! They outnumber the controllers in that society 100,000 to 1.

There were 5 separate epochs of highly advanced civilizations. Much of it is still there in Antarctica.

What was begun with contracts had to be ended with contract law.  That’s what Heather did.  Some of her filings were first a shock to people because they written for a multi-dimensional audience.  Not your usual court filings and boiler plate legalese.  People at first couldn’t even understand them, as the concepts were so foreign to them.  Those in other places and frequency realms got the meaning immediately.  Humanity took a few months and years.  But as our linear experience in the perception of time went on, a marvelous thing happened. People understood the documents.  And as they go back over them months and years later they see things they didn’t see before, more layers, more meaning.  Concepts Heather used and words she used like “resonate”, “essence”, etc went into the mainstream.

Heather didn’t intend to create tools for everyone to use, her purpose was to end the banking slavery systems and preserve the assets of the people through law.  The USA CVAC was an asset trust not a money trust.  I have a video where Brian Kelly makes that very clear in his interview with her.  In 2012 Heather asked for the military to do arrests to take the banking thieves and agents out of the US Government.  That didn’t happen immediately.  It may be happening now if the rumors are correct.

People asked for tools in their own legal battles with unlawful mortgages and fraudulent foreclosures and she provided her tools and assisted others like Ken and Scott Bartle in the creation of their powerful Courtesy Notice document.  Ken and Scott’s creation was a work of art.

In the spring of 2014 she created several new documents, one was the I AM document, and the others were and asset Bond document and Conversion document.   An asset bond is a reciprocal of a debt bond, the discount on an asset bond is the banker’s revenue for the bond conversion and processing. Heather wrote the bond documents in language bankers knew how to process.  Its purpose, was if the bankers processed it, would provide bankers with a revenue stream and provide a way for a seamless transition to a new way of life for humanity.  It also made the individual his own Central Bank.

The documents were perfect.  Those that submitted them to their cash hungry banks had some real interest shown by the bankers that first saw them and they were held for management review, but the banking family cartel told the regional banks to not accept them.  They did not arrest Heather for fraud, because they the knew the documents were true, perfect and lawful.  To reject them outright, would be proof of their own fiduciary irresponsibility as officers of the bank.  They either returned them with no explanation or would not accept them when presented in person.

What transpired in TN (and many other locations) with TDDA accounts was really the same idea minus the bond documents.  There was the addition of a new factualized trust document to prove ownership of the funds. The banking families had asked Heather for a way out of their predicament in early 2017, she provided a method and their knee jerk reaction was to first offer her a bribe of allowing her and her close circles access to their value, if she would shut up about the accounts, otherwise it would “go down hard for Randy”.  Heather refused the bribe bait.  The only acceptable response from the banking families was that all have access to their value.  But that would make humanity’s future self determining and they couldn’t have that.  They rather be remembered on the wrong side of history.

Randy, we learned in court cross examining, found an existing backdoor payment system that had been operating with the the Federal Reserve’s knowledge. Presumably to payoff a select few who were allies of the Federal Reserve, with very little trail or documentation.  We may never know the who of all that.  Contrary to what the prosecution alleged, Randy never altered his social security number. The bogus charge was necessary to “prove” intent to defraud,  their evidence was a purported screen shot from the bank. Which is easy to fake with a simple SQL query or photoshop.  They didn’t present the actual transaction to the Fed and what SS number was on that. But my purpose is not to rehash all of that.  That’s all history now.

Heather has offered multiple solutions to the bankers and they turned her down each step of the way. But we can’t lay the blame on the Rothschild’s and Dark Nobility alone, because the 800 lb. Gorilla in the room was “CHINA” or more accurately those Qing Dynasty Manchu’s behind the enameled Chinese screens of a long series of golden proxy cranes.

When Heather presents a solution, and they turn it down, or it doesn’t flow, she moves on to the next tool and doing.  That is my observation.  I am not going to box her choices in, but that has been my observation.

For example, in spring 2014 Heather’s step-mother wired funds from a Spanish bank for Heather’s projects in Morocco, and the bankers wouldn’t release the wired money. Bance was a scientist at Intel and had numerous patents for inventions related to making computer chips. Unknown to Bance was that the banker had created a 1000X derivative money pyramid on those funds and they were not going to let the collateral they used to do it go, even though they had no lawful basis to do that. Heather issued a banking fraud notification to Interpol to investigate the missing funds. Then to complicate it all,  in June 2014, Heather’s step mother died mysteriously after returning to Arizona.  Heather’s only comment to me on her step-mother’s death was “it feels contrived”.  This of course meant that the healing and technology projects Heather had in mind were not going to be funded and wasn’t going to happen.  A lot of people got angry about that.  But she moved on in her work.  She didn’t stop because of set backs and a lot of angry people talking trash about her.

Nobody got too hung up on bond thing.  Some have got hung up on the TDDA accounts.  In all honesty I have no clue to how this financial side of things is all reformed, but I do know Heather does not look back, she moves forward to the next “DOing”.

The consequences for those who want to enslave humanity just get worse the more the more they delay. Because every time they do humanity just wakes up faster! Don’t quote me the latest news from the “Quantum Financial System” which is just the Chinese quantum encrypted satellite money transfer system.  ITS STILL CHINA. SAME OLD GIRL IN A NEW PARTY DRESS.

Do you really think Bill Gates cryptocurrency social credit score vaccine chip, and 5G (which is skin penetrating) isn’t part of the Quantum Financial System? Putting a chip in a human being doesn’t make the human belong to either Bill Gates or China.  But they still can’t resist monetizing bodies with Source Essence can they?

YOU ARE THE VALUE.  Not a bond, not a Federal Reserve TDDA account.  Not some nanochip in a vaccine does.  Those are just abstractions of an unconscious YOU.

At this stage I expect something completely DIFFERENT. You can call it spiritual.  You can call it a completely NEW REALITY (most likely IMO).  You can call it the collapse of all illusions and the REVEALING OF YOU!
The galactics feel what is coming, they are flooding to this solar system right now.  Do you?
Don’t get stuck on the old.  FEEL WHAT IS COMING, however that works out.  Breathe and allow for solutions known and unknown to make themselves known.

If Source can make sure the Maya, the Anasazi, Atlantis 1 are preserved and safe in their time of trouble, how much more so do think it is true of a planet that is the most unique thing ever in this universe?