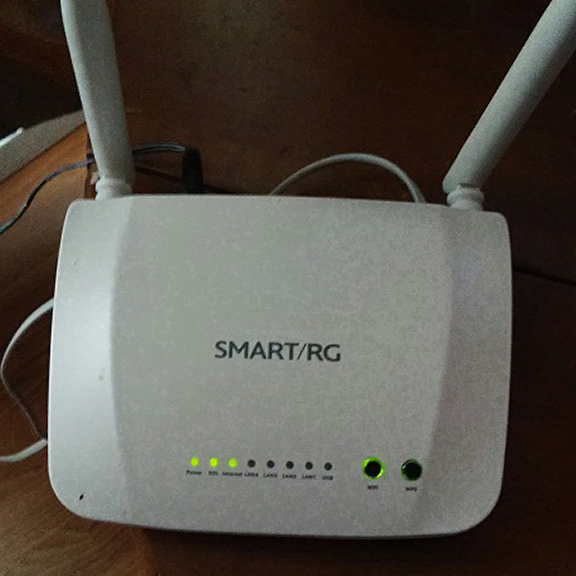 This occurred on July 14th, I have been traveling to Heather’s sentencing hearing in Knoxville so was only able to post it now. If any of you have this model of ADSL modem/router I’d advise getting something else!  Its clearly NOT secure.  Perhaps the hackers out there in the world can investigate what the heck hardware is in this particular router and how is it possible for it to make sounds?  5 people in the household witnessed the sounds coming from this device.

?Martha: Last night I dreamed a box I’d ordered arrived, and instead if the fun stuff I expected, it was fruit. Grapefruit nearly as large as bowling balls.

Terran: I’ve been in different realms/places last two nights but I can’t remember where

Terran: My body is still buzzing from whatever it was

Jeffrey: I had a weird dream last night too. I dreamed about I was in all different of groups gathering, some feel like party, and some like meeting. The weird thing is it’s all different groups, there are some friends I know, most of them are strangers, every group is totally separate event, but seem to all happen the same time. The Feeling is some pleasant, some I feel struggling. I just couldn’t work out what’s the meaning of it. And the unpleasant feeling wake me up.?

Denice: Our Modem is now talking. . .

Denice: tonight I am documenting the comments from this crazy stuff.. .

Denice: not for the week of heart

Denice: Male Voice: 1) “Communist sit fuck posta while you side around and jade.”

Denice: 3) “Guy tells Chase shoot up the school with a butter knife”

Denice: 4) “Reset the trap for a necromancer”.

Martha: Your modem is talking?  Crazy!  How does it have a speaker.  It sounds like somewhat random words.

Martha: Unplug and reboot it?

Terran: Sounds like an AI script. Power down the router for 30 seconds (pull the plug).  Should reset the firmware.

Terran: I have witnessed beings who can esoterically mess with electronic hardware but let’s rule out the obvious first.

Terran: Sounds like the type of rotating AI script that used to hit my blog comments in 2014. Why does your router have a speaker??????

?Martha: Terran , you pulled your Q post? [a Q article on 7/14 that I deleted shortly after I posted it]

Terran: My emotions are in a stir right now [three days before Heather’s sentencing hearing]
Martha: Mine too. Seemed to be the entire day.

Terran: Galactics have changed tactics but I really don’t have proof it affects Q. Just my gut feel… [at that moment, admittedly I was frustrated this trial ever got past the jurisdiction hearing last fall, as this is about foreign agents and actors operating on the behalf of foreign bankers.]

Martha: They’re good at sensing when it’s not working and shifting gears.

Terran: The Q stuff gives too much time for their targets to adapt

From a private chat with Denice concurrent with the above…

Denice: something crazy is happening!

Denice: Our modem is spewing gross phrases!!!!!!!!!  But what is crazy is. . .it feels like it has been doing it all along and we are just now hearing it!?

Terran: Sounds like the stuff I experienced in Phoenix as a teenager on telephones. [was through esoteric means]

Terran: There’s not supposed to be any speakers on it. [the router]

Denice: router working. . no comments from it so far today. . .[redacted son’s name] is really intrigued 🙂

Martha: Wow!  Wow!  So it really does (did) have a speaker. And kudos to your curious  boys. I’m wondering if they did this in the middle of the night.

Martha: I’m even more impressed they got it back together and it works  lol!

Denice: I have two theories:  We heard it very late last night. . maybe these things are broadcast on a different frequency (subliminal?) and it is affecting our youth

Denice: the other theory is that the chinese have reallly hacked me (rofl)

Denice: feels like ALL electronics have hidden microphones and speakers? now becoming visible… my boys took it apart and traced the parts… one is manufactured by the Chinese firm associated with HTC phones that Trump bannedrouter working..  no comments from it so far today… [redacted] is really intrigued 🙂

Martha: (rofl) Maybe!  You’re just that fascinating. And here we were waving to a junior employee in his mom’s basement who fell off his chair at our raunchy jokes. When it was a Chinese guy in his mother’s basement. Lol!

Denice: One more thing. . .the router’s comments make more sense viewed from the aspect that they were probably written in chinese and translated to English? (heart)

Martha: Yes. In some ways they’re rather strange insults or swearing. Maybe Jeffrey could ponder if they make sense in Chinese. [Jeffrey is from Taiwan]

Jeffrey: “the router’s comments make more sense viewed from the aspect that they were probably written in Chinese and translated to English? ”

Jeffrey: It dose feel that way to me too.

Terran: Can you record a bit so we have proof?

Terran: That is an interesting sign of how scared certain beings are right now.

Denice: we tried to record it. . .no luck

Denice: Is H going to be able to change clothes for her hearing?

Denice: I hope at least the shackles are taken off (heart)

Terran: There’s no jury so probably not

Denice: calling tech support to get a new router 😉

Denice: they are going to think I am crazy!

Terran: That may have been the goal before you go to [redacted]  be careful what you say

Denice: This is sooooo ridiculous!

Terran: At least you had witnesses!  5 of them!

Denice: on the phone brb

Terran: No problem. Got two hours before flight [to Knoxville]

Denice: told the tech I thought the phrases may be translated from Chinese and he said, “OH!” i need to check into something. . be right back”

Denice: it doesn’t have a speaker!

Terran: Something was making a sound

Terran: I was reading an article last week about Israeli researchers making certain computer parts like fans and disk drives make noises to extricate data over an air-gapped computer

Terran: I can get one of those routers, used,  on eBay for $50… might be worth a poke around

Terran: My eyes are heavy but no where to sleep. [Left Seattle at 1 am]

Denice: Just got a call from the DC number. Chinese woman.  Recording. I  said, English please. Recording stopped. But no one was there so I hung up

Denice: Not a listing for the embassy this time. [Denice has received numerous calls from Chinese Embassy phone numbers (which can be forged by good hackers).  Nobody ever speaks on the calls.]
Terran: Your popular with the Chinese ! 😉

Terran: What was that Dr’s name that worked with Nabrac? Dr Fu?

Terran: We all do! Lol

Denice: Oh, forgot about him!

Denice: Hi! Quick check in before the crowd arrives. . how are you?

Denice: Good! I had  [a dream]  lots of hands holding my ankles in my dream when I tried to fly.

Terran: Holding you down?

Denice: So i realized yes, these ties on my ankles are holding me down.

Denice: So i grabbed one ar a time. Some were ropes, some ribbbons. Released all of it!!

Denice: How is H?

Denice: And I did ask for protection after the hack on Tuesday. . .

Terran: Sounds like an AI script. Power down the router for 30 seconds (pull the plug).  Should reset the firmware. Let me know if it continues after reboot

Denice: The boys opened it up. . . they searched the parts with numbers. One piece is manufactured by the chinese company that Trump banned. . .

Denice: It has not spoken yet today. How are you?

Denice: Not sure. Will ask [redacted] when he gets back

Terran: I am ok.  Was concerned for you since I didn’t hear from you this morning.

Terran: Who is your internet provider?

Denice: All ok here. But the family is stunned. , . lol

Terran: There’s a lot of strange energy this weekend.  SYFY channel is running back to back Harry Potters too… lol

Terran: Did [redacted] witness it?

Denice: No, [redacted] and his girlfriend. She tried to record it

Terran: Some one is really worried if they are doing that kind of crap.

Terran: Wasn’t it about 3 years ago [redacted being] ran thru your house?

Terran: Can you get me photos of the router externally, the label/serial numbers and even better an inside shot of the hardware.

Terran: That hardware needs to be exposed!

Denice: I am sure all routers have this tech!

Terran: I don’t think they all do. But that one clearly does!

Denice: China is watching all of us

Denice: Emailed the pics. Daniel could not find a speaker or mic, but he saw a copper coil on the bottom of the chinese part, much like the way guitar amplifiers are built. 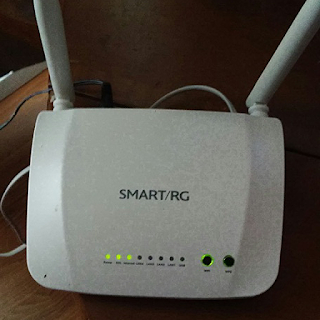 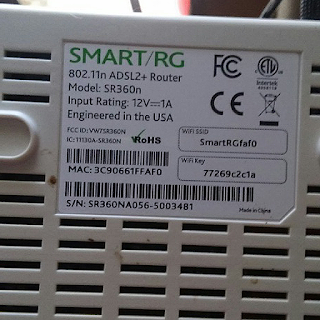 Terran: Hmmmm… I might just try to see if I can buy one and tear into it.  This is very strange.  Thought at first it was an esoteric intrusion but I think this was a straight out hack to rattle you for some reason.

Terran: Did it sound mechanical?

Terran: Routers all pretty much use linux. Copper coils are usually inductors, usually to stabilize power spikes. They disapppate magnetic fields or set up a resonance field for RF with a capacitor

Terran: Thank you let me know if your router acts weird again

Terran: Weird…. my phone is charging but it’s not plugged in!