The critical mass has been reached. Full report will be posted in about a week.

Time is approaching our Age of Aquarius activation and the energies are rising as more and more people have made a decision to join us and we are gaining momentum. We have a real possibility of reaching the critical mass.
Next 60 hours will be decisive for how many people join us and how much impact our activation will have on the planetary situation. Therefore I would ask all of you to spread the news about this meditation far and wide. Youtube videos are the easiest way to make this viral and many short version promotional videos and longer guided meditation videos have been created in over 40 languages:
http://2012portal.blogspot.com/2020/06/age-of-aquarius-activation-update-and.html
The main page with instructions for the activation is here:
https://2012portal.blogspot.com/2020/06/make-this-viral-age-of-aquarius.html
Many people are supporting our activation.
Corey Goode here:

Stillness in the Storm here:

A blogger from mainland China has made a blog post about our activation, and it has reached amazing 1.7 million views until now: 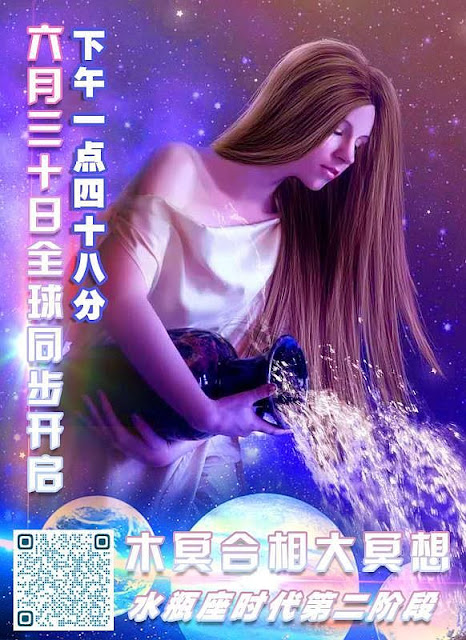 Another influencer has mentioned our meditation on Tik Tok and received 1.5 million views and over half a million likes:

A comprehensive post with all information, videos and memes for our activation is located here:
https://www.welovemassmeditation.com/2020/06/age-of-aquarius-activation-part-2-on-june-30th-at-548-UTC-booster-meditation-on-June-21st-at-640-am-utc.html
Exact time for our Age of Aquarius meditation is here: 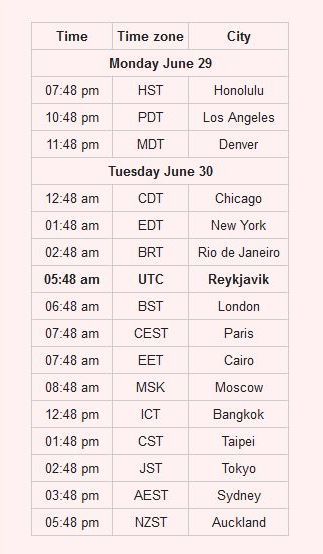 Activation of Versailles vortex will begin on Tuesday June 30th at 7 am sharp at undisclosed location in Versailles. Those who wish to participate can contact project501@tutanota.com , and they will receive an email with all instructions tomorrow evening when all details are finalized.
Let’s do this:
https://www.youtube.com/watch?v=kjxSCAalsBE
Victory of the Light!

Over 40,000 people have participated in our Booster meditation at the moment of the Solar eclipse and this has greatly improved the probability of reaching the critical mass for our main meditation on June 30th.
Few days before the Booster meditation, our Taiwanese team has seen this Pleiadian cloudship which was doing gridwork preparation for the activation of Dragon vortex in Chiayi: 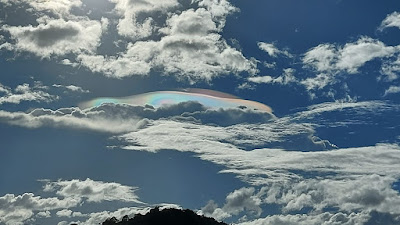 The Dragon vortex was successfully reactivated after more than 200 years of dormancy and our Taiwanese team has taken this photo mosaic of the annular Solar eclipse close to the location of that vortex:

Some people feel that nothing has been achieved in our April 4thmeditation. That is absolutely not true. Without that meditation, Jesuit plans for world domination would be in a far more advanced stage than they are now.
Also, coronavirus pandemic has been contained to a great degree. On the graph below you can see that the spread of the pandemic peaked exactly on April 4th and then its speed receded for at least a month and a half. Blue line on the graph shows the most probable spread of the pandemic without our meditation, indicating that we would have tens of millions confirmed cases by now: 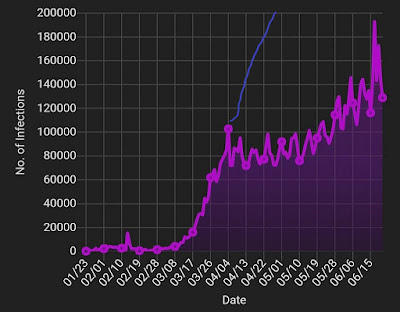 Also, our meditation on April 4th had a huge effect on the planetary plasma field and on the Schumann resonance:
https://3dotsinabox.com/202054.html
So if we reach the critical mass on June 30th we can expect a far better future. Although there will be no immediate big physical effects, our collective timeline will go into a far better direction and many negative scenarios will be prevented:
https://nogi1111.blogspot.com/2020/06/the-importance-of-global-meditation.html
Light Forces have communicated that at the moment of our activation, double Paris/Versailles Goddess vortex needs to be reactivated after more than 200 years of dormancy.
We would need a person with purity of heart and strong leadership qualities from Paris who would be able to organize reactivation of that vortex and then to hold regular weekly physical Sisterhood of the Rose meetings in Paris. If you are such a person and if you feel so guided, you can contact project501@tutanota.com for further instructions as soon as possible, as everything needs to be organized in the next few days.
Another short update about our Age of Aquarius meditation is coming in a few days.
Instructions for our meditation are here:
https://2012portal.blogspot.com/2020/06/make-this-viral-age-of-aquarius.html
And videos in over 30 languages here:
http://2012portal.blogspot.com/2020/06/age-of-aquarius-activation-update-and.html
Victory of the Light!

Time of our Age of Aquarius activation is slowly approaching. We have managed to stabilize the planetary situation last weekend with Peace Meditation at the exact moment of Eris Pluto square, and now the annular Solar eclipse is approaching on June 21st:
https://www.timeanddate.com/eclipse/solar/2020-june-21
We will use the energy of this Solar eclipse to meditate and visualize reaching the critical mass of over 144,000 people participating in our main meditation for the Age of Aquarius activation on June 29th/30th.
Light Forces are asking as many people as possible to do this preparatory booster meditation at the exact moment of the Solar eclipse, which will come on June 21st at 06:40 UTC, which you can convert to your timezone here:
https://www.timeanddate.com/worldclock/fixedtime.html?msg=Booster+Meditation&iso=20200621T1440&p1=241
Videos for the Booster Meditation in many languages are here:

Instructions for the Booster Meditation:

1. Use your own technique to bring you to a relaxed state of consciousness.

2. State your intent to use this meditation as a tool to reach the critical mass od 144,000 people meditating for our Age of Aquarius Activation part 2.

3. Invoke the Violet Flame from its primary source to place a circle of protection around you during and after the meditation. Ask it to transmute anything that does not serve the Light
4. Visualize a pillar of brilliant white Light emanating from the Cosmic Central Sun, then being distributed to Central Suns of all galaxies in this universe. Then visualize this light entering through the Galactic Central Sun, then going through our Galaxy, then entering our Solar System and going through all beings of Light inside our Solar System and then through all beings on planet Earth and also through your body to the center of the Earth.
5. Visualize this Light activating Soul star chakras of millions upon millions of people, presenting them with the possibility of joining Age of Aquarius activation. Visualize those who feel so guided actually participating, their number exceeding the critical mass, and the activation itself having a massive positive healing effect for all sentient beings on Earth and stabilizing the Age of Aquarius positive timeline.
90 minutes after the Booster meditation, the Solar eclipse zone of totality will reach Chiayi city in Taiwan and activate a very special Dragon Vortex near Chiayi, which will give the necessary positive energy boost into the planetary energy grid.
In the days following that, and until the main meditation on June 29th/30th, energies will begin to rise and will culminate at the exact moment of our Age of Aquarius activation.
In the moment of our Age of Aquarius activation, the double Goddess Vortex of Paris/Versailles will be reactivated after more than two centuries of dormancy, and this will initiate the next phase of the return of the Goddess for the planet. 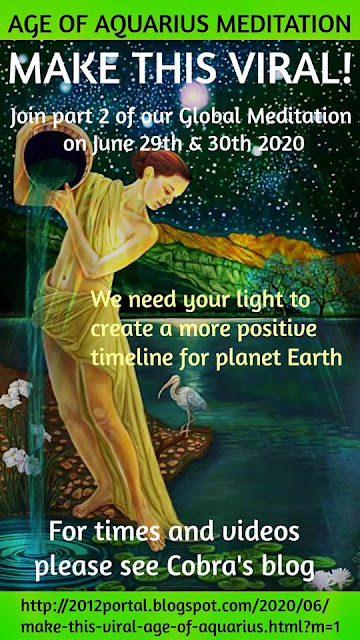 Playlist of guided audio Youtube videos in over 40 languages is here:

Manga video in English is here:

And in Japanese here:

A special visualization help video in Persian is here:

Live broadcast for the promotional videos is here:

Live stream in real time will be available here:

Our main Facebook event for Age of Aquarius activation in English is here:

And in Portuguese here: 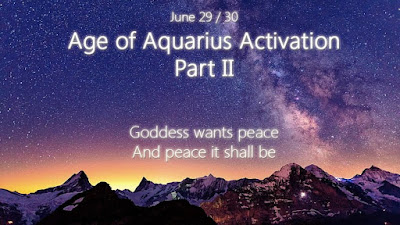 A new Cobra interview has been conducted by Sisterhood of the Rose.
You can listen to it on Youtube in English here:

And in Spanish here:

You can read the transcript in English :

It is time to take action again! It is time to take the destiny of our world in our own hands! We all agree that the process of planetary liberation is taking too long. Here is our chance to collectively speed up the process. Therefore we are using the opportunity of the powerful Jupiter Pluto conjunction on June 30th to create a portal through which we will unify our consciousness and trigger the process that will lead us into the Age of Aquarius.
Make this viral! Share it worldwide! Please post it on your websites and blogs. Invite spiritual groups to join us. If you know an alternative media outlet, you can send it to them. You can create a Facebook event for your local group of people doing this in your part of the world. We also need one main Facebook group for this event. You can create a video about this and post it on Youtube.
Scientific studies have confirmed positive effects of mass meditations and activations on human society, so each of you that will participate in this activation can actually help bringing the Age of Aquarius closer to us:
http://thespiritscience.net/2015/06/18/studies-show-group-meditation-lowers-crime-suicide-deaths-in-surrounding-areas/
http://www.worldpeacegroup.org/washington_crime_study.html
This activation helps the Light forces to ground the energy of Light on the surface of the planet to further stabilize the timeline that will lead into the long awaited Age of Aquarius. Number of people doing that activation is the single most influential factor within the power of the surface human population for speeding up the process.
We can reach the critical mass of 144,000 people doing this activation! We can even reach one million! This will create a massive healing chain reaction in the energy field worldwide.
Jupiter Pluto conjunction on June 30th is the turning point of the 2020 Age of Aquarius timeline stargate which has opened on January 12thwith Saturn Pluto conjunction, has its turning point on June 30thwith Jupiter Pluto conjunction and will close on December 21thwith Jupiter Saturn conjunction: 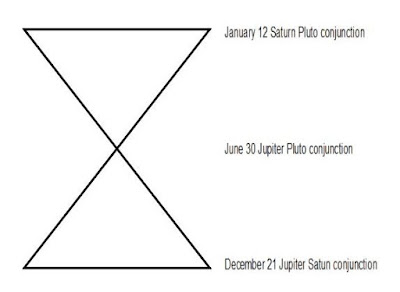 The purpose of the whole 2020 Age of Aquarius timeline stargate is to stabilize the Age of Aquarius positive timeline for the planet, and our activation on June 30th is the turning point of this process. This powerful activation point is located almost exactly in the middle of the whole 2020 process with 170 days between January 12th and June 30th, and another 174 days between June 30th and December 21st. 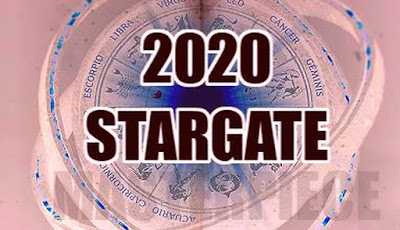 In astrology, Jupiter Pluto conjunction symbolizes great societal and spiritual reform which will bring abundance of spiritual and material wealth to humanity: 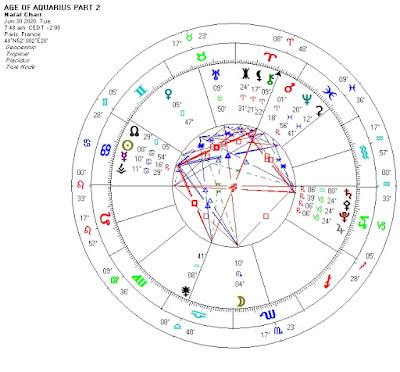 Instructions:
1. Use your own technique to bring you to a relaxed state of consciousness.

2. State your intent to use this meditation as a tool to co-create the trigger that will start the Age of Aquarius

3. Invoke the Violet Flame from its primary source to place a circle of protection around you during and after the meditation. Ask it to transmute anything that does not serve the Light
4. Visualize a pillar of brilliant white Light emanating from the Cosmic Central Sun, then being distributed to Central Suns of all galaxies in this universe. Then visualize this light entering through the Galactic Central Sun, then going through our Galaxy, then entering our Solar System and going through all beings of Light inside our Solar System and then through all beings on planet Earth and also through your body to the center of the Earth.
5. Visualize this Light transmuting all remaining darkness on Earth, healing all inequalities, erasing all poverty and bringing abundance to all humanity. Visualize soft pink Light of the Goddess embracing all beings on planet Earth and healing their emotional bodies. Visualize a new grand cosmic cycle of the Age of Aquarius beginning, bringing pure Light, Love and Happiness to all beings on Earth.
Suggested time for our meditation is 20 minutes.

Updates about the Age of Aquarius:

The Latest from Cobra (opens new tab to original post)