According to the study, people without celiac disease who go gluten-free could wind up with serious health problems, because a gluten-free diet is associated with lower consumption of whole grains, which are associated with a lower risk of heart disease. [1]

Read: “Maybe it’s not the Gluten,” Study Says to the Public

Researchers write in The BMJ that “the promotion of gluten-free diets among people without celiac disease should not be encouraged.”

For people with gluten sensitivity – those who don’t have celiac disease, but have abdominal pain and other problems when they eat gluten – it still makes sense to restrict gluten intake.

“It is important to make sure that this [gluten restriction] is balanced with the intake of non-gluten containing whole grains, since these are associated with a lower risk of heart disease.”

Wheat, rye, and barley are all sources of gluten. When people with celiac disease eat foods containing gluten, it triggers an immune reaction that damages the lining of the small intestine. Based on that knowledge, many people who don’t have celiac disease adopt a gluten-free diet, assuming that it is a healthier lifestyle choice. 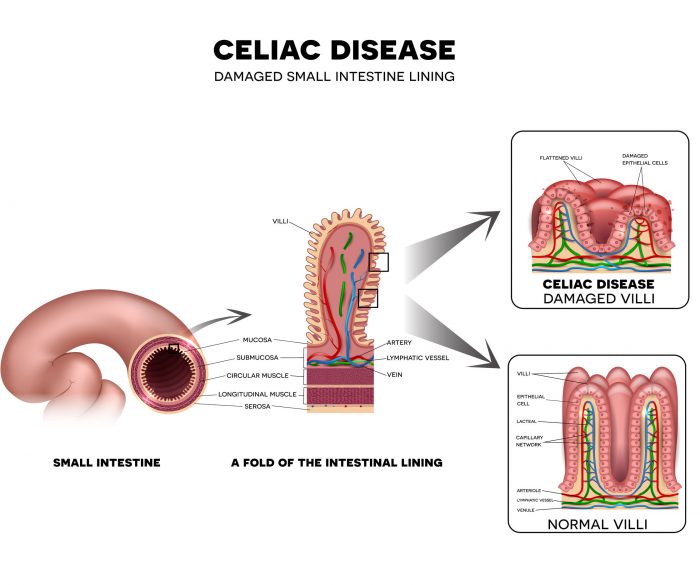 “The popularity of a low gluten or gluten-free diet in the general population has markedly increased in recent years.

However these findings underscore the potential that people who severely restrict gluten intake may also significantly limit their intake of whole grains, which may actually be associated with adverse cardiovascular outcomes.

The promotion of gluten-free diets among people without celiac disease should not be encouraged.” [2]

For the study, researchers looked at data from nearly 120,000 health professionals over the age of 26. The participants periodically answered questions over a 26-year period concerning the types of food they ate. Based on participants’ answers, the Harvard team estimated how much gluten each individual consumed in his or her diet.

The researchers also gathered data on whether participants suffered a heart attack during the study, which was considered a proxy for the development of coronary artery disease. [1]

“These findings do not support the promotion of a gluten-restricted diet with a goal of reducing coronary heart disease risk.”

The news gets worse. The researchers also found that eating only small amounts of gluten, or not eating it at all, increased the risk of diabetes by 13%. Another “Debbie Downer” finding was that people who ate the least gluten were 15% more likely to suffer from coronary heart disease compared with those who ate the most. [2]

The researchers concluded that “promotion of gluten-free diets for the purpose of coronary heart disease prevention among asymptomatic people without celiac disease should not be recommended.” [3]