Around 3:30 AM I had a dream I was in Stagecoach Park in (Carlsbad CA) where they frequently have music concerts and Shakespeare plays during the summer.   There was quite a few people in the park and these square shaped UFOs showed up, very bright and slightly bluish. They had smaller squares at the corners, I can’t remember if there was just 1 satellite square at each corner or if each corner had two squares.  These squares were part of the ship but could move, they were not rigidly attached it seemed.

The ships flew above the park and everyone was excited to see them.  Instead of being afraid everyone started doing the wave like at a football or basketball game to them.   The ships waved back by moving the corner squares back and forth.  Everyone was having a lot of fun interacting with these ships, nobody seemed to be the least bit afraid.

One of the ships came down and parked behind the crowd.  I was sitting on a slope and ran up to go investigate the visitors. I was not in the least bit afraid, but my daughter was, and I assured her they wouldn’t hurt me and I continued to meet the ship.  The ship either morphed or its shuttle was on the ground. It looked a lot like an earth cable car gondola.  It had red paint.  The windows swinged open and up from the bottom and there was air blowing through the car.  It was compact but spacious. 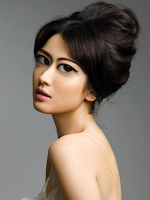 The vehicle had about a dozen people.  There seemed to be two males leading the excursion. They were of different skin tones and races but all human. Some where blonde, the leader was blonde, others were dark haired, and some with brown hair. I ran up to the gondola, apparently a little too fast, as I startled an Asiatic looking woman with the largest eyes I had ever encountered. And my own blue eyes are fairly large themselves.

I think I stared a little too long too as I had never seen eyes like that before and she was very beautiful, but I couldn’t help but stare. I think that unnerved her.  I moved on to the center of gondola, a tall blonde man about 6 foot approached, looked at me and said “I really like this ones aura!”  He cupped his hands around the back of the  base of my head much like joyful athletes in a soccer game do with one of their own when he scores a goal.

I also noticed he was trying to place a clear plastic patch with some kind of chip or sensor in the center left back of  my neck, with his finger but it wouldn’t stick.  I reached up behind my head, felt where it was loosely stuck, grabbed it.  I noticed my hair stuck to it like iron filings to a magnet and my hair turned golden on this clear sticky thing.  The visitors were surprised as well that my hair was so magnetic. One of them said “look at that!”   I said with a big grin, “I think you were trying to place this on my neck but I don’t think its going to work”.  Hairs were flying off it at all kinds of angles.  He said “we were trying to help you hear us better, its nothing harmful.”  He turned to his crew and said smiling “no sense in being coy or cautious with this one, he’s clearly not the least bit afraid of us”.

He opened a small metal box with what I can only describe as hydraulic syringe probably close to what Dr McCoy used in Star Trek.  There was the injector and a vial of some blue fluid, and he took the two parts out of the metal box and put them together and touched it to the back bottom left of my skull.   It didn’t hurt.  He said “this actually works better than the other thing, but we don’t use it unless the person is willing to forgo the enhancer on the bandage.  And with your magnetic hair, the enhancer bandage won’t work anyway. This will help you hear and speak with us”.

The dream was so vivid.  At this point I awoke.  It was around 3:30 am.   My body was just humming with energy after all that. It was going to take some time for me to get back to sleep.

Stephen Cooke just sent me a video produced by the folks at The 2012 Scenario (8/18/2020 renamed to The Golden Age of Gaia) called “I Know My Galactic Family Is Here, Do You? (UFO Disclosure)”.

I was surprised to see this particular UFO in the video which was produced long before my dream.  I took a screen shot of a UFO which is very similar to the one I saw in my dream.  This isn’t a configuration I’ve seen before, at least that I recall.

I have seen cigar shaped ships and a scout ship flying over the skies of San Diego. But I have not seen the image below until my dream, and no in Stephen’s video.  I don’t know what this means but its certainly curious! The similarity to my photoshop image is remarkable. 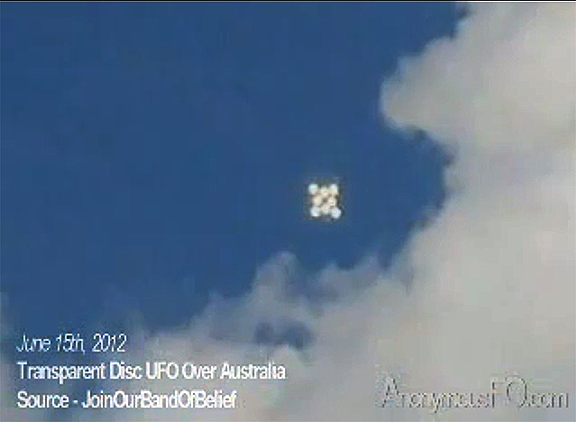