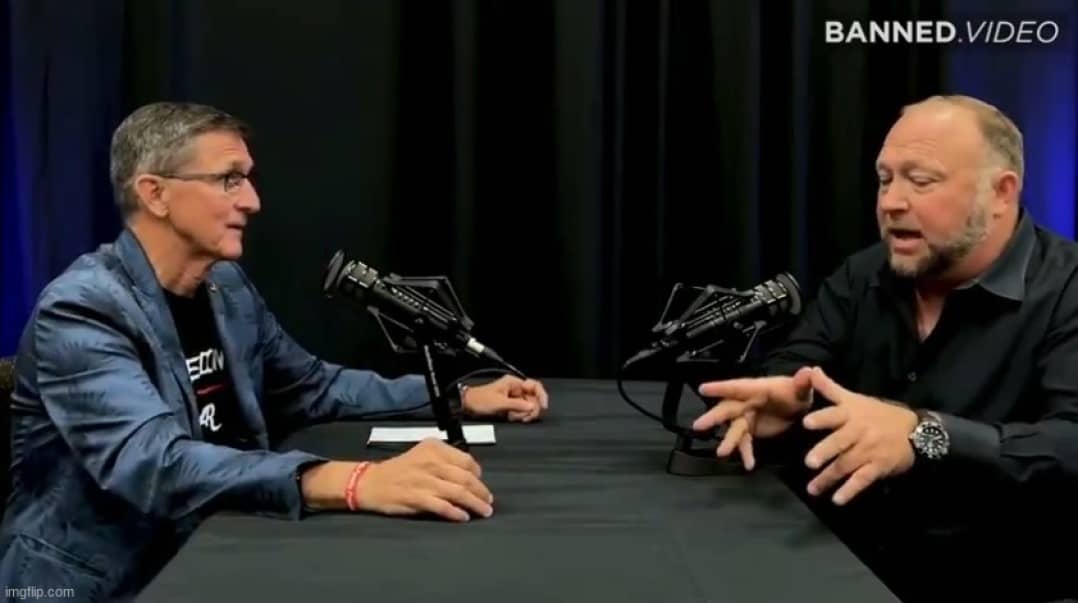 GLOBAL EXCLUSIVE: LT GEN MICHAEL FLYNN LAYS OUT PLAN TO SAVE AMERICA AND THE WORLD (video)

Two weeks ago during the Senate Committee on Health, Education, Labor, Sen Rand Paul told Anthony Fauci to resign, after accusing him of responsibility for the entire Covid-19 pandemic.

Three times, Rand Paul has cross-examined Anthony Fauci, actually getting him to lie to Congress – and not one time has Rand Paul delivered the knock-out blow and presented the copious felony evidence he has in his possession nor has he gotten the Capitol Police and the FBI to cuff Fauci and perp walk him out of the Capitol building.

Rand Paul and others have everything they need to arrest Fauci but all we get are these toothless theatrics before these committees. The only thing Sen Paul seems to do with these hearings is to use them to raise money for his campaign.

As David Martin says, “That’s monetizing an act of terror. That’s not being a Patriot.”

During an electrifying talk given by Dr David Martin that we ran recently, David very rightly said:

The first person with such standing to start moving somewhat this direction is Lt Gen Michael Flynn. Although he is not currently serving in a government position. He correctly identifies COVID as a pretext to implement the Great Reset into global Communism and he understands this threat better than any other politician that I’ve heard speak to this.

Flynn’s message is simple: Get involved in your local government – and take it back! 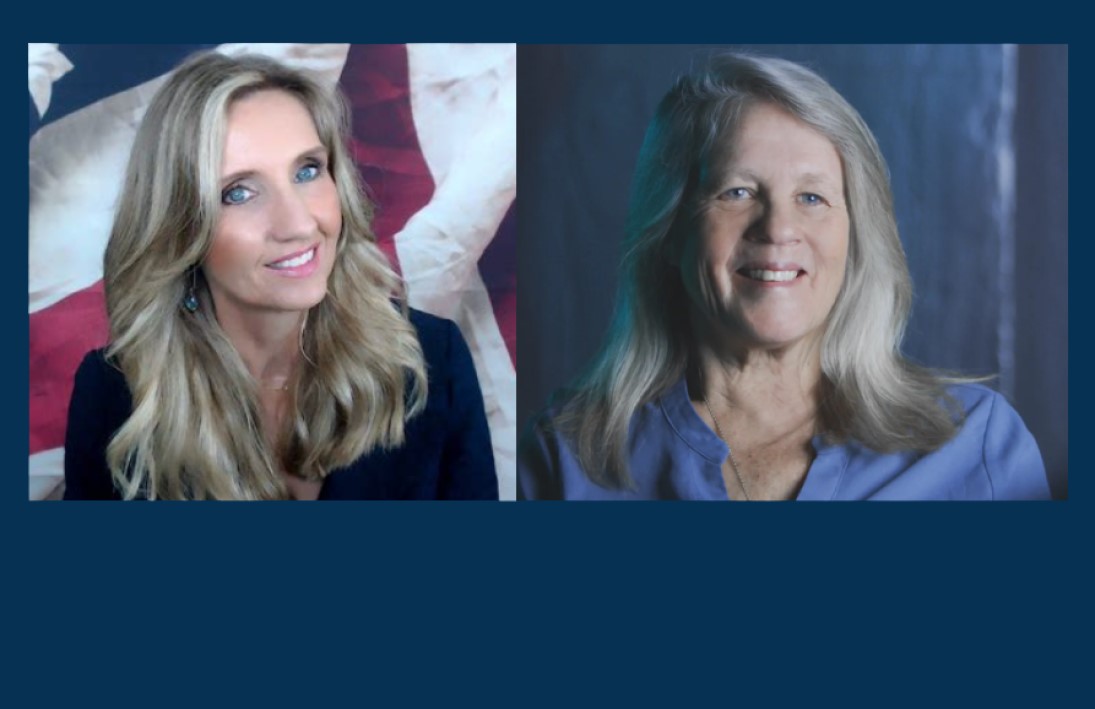 In this stunning interview, Dr Judy Mikovits joins Ann Vandersteel, who asks her whether COVID-19 is a real virus.

Dr Judy, who worked at Fort Detrick and who worked for years with Anthony Fauci at NIH replies, “No, COVID-19, the disease is not caused by SARS-CoV-2, the coronavirus.

“So the disease, COVID never satisfied any of Koch’s Postulates or the Hill’s Criteria for a causative agent of a disease, because in order for the virus, SARS-CoV-2 to have caused COVID, everybody with evidence of infection has to have disease.

“And what we know is, essentially, nobody with evidence of infection by that fraudulent PCR test – that is not testing for SARS-C0V-2 – and PCR does not test for an infectious virus.

“Nobody’s sick. This has a 99.7% survival rate, so there’s no such thing as an ‘asymptomatic carrier’ of a disease-causing virus. A virus either makes you sick or it doesn’t.

“And what we know is this disease called COVID was caused by contaminated flu shots – which are all contaminated with coronaviruses – and they are, every year and that those viruses recombine – the test was testing for the influenza, so this, at 4,000 people a day, in January of 2021 were dying of influenza and the CDC was labeling it, calling it “COVID”.

“We know that 5G and the measures; the remdesevir, so that which is killing people by shutting down their kidneys. Everything that’s been done: the masks, the shots, the isolation have caused the death and the destruction worldwide, not SARS-CoV-2.”

Ann says, “So, essentially, COVID-19 is a marketing hype name to promote fear and get people running to the doctors to get these PCR tests, which are, of course, completely falsely-calibrated and they’re not measuring COVID-19. So, has COVID-19 ever been isolated in a lab, then?”

Dr Judy replies, “SARS-CoV-2 has been isolated from vero monkey kidney cells – in a lab, grown in –”

Ann interrupts, “But not in people.”

“Not from people-to-people,” Dr Judy says, “Not from a person with disease and sending it to another…It’s a lab virus. All the variants are, they’re sequences in a database and they always have been, since 2003 and SARS.”

Ann asks, “OK, so these COVID vaccines – or what they’re touting to be vaccines, these shots. I call them Clot Shots, Kill Shots. What are they, if they’re not supposedly treating or preventing coronavirus?”

“Well, they’re synthetic, they’re gene therapy, number one. They’re not vaccines, they don’t meet the legal or scientific definition of a vaccine, which is usually a piece of a virus or a bacteria or an ‘attenuated virus’, means weakened, you took out the part that usually kills you and then you use that in a vaccine…

“The simple answer is they are injecting in you a deadly synthetic virus. Synthetic virus. You are expressing the deadliest – the spike protein from HIV, the XMRV and SARS, so the three deadliest plandemics of our time. You’re injecting the disease and you are shedding and spreading it, if your immune system cannot break down that synthetic lipid nanoparticle.

“It’s a synthetic virus. It’s not a vaccine, never was, never was intended – and it’s why we’ve been spreading the news.”

Dr Judy says that the spike proteins in the flu and COVID vaccines are shed and spread and have been for years but the good news, she says is that whether you get a real virus or a synthetic virus, the treatment is the same: ivermectin, hydroxychloroquine and ozonated creams on your skin.

“Keep your immune system healthy, don’t ever wear a mask, because that cripples your own immune system, as you know from our book, ‘The Truth About Masks’…

“The good news is, as long as people stop, right now getting any other shot, we can heal this world. Because any other shot is going to kill you and I mean a flu shot, because they have coronaviruses…

“This is how they’ve driven this agenda for the past 30 years. They’ve weaponized SARS, they’ve weaponized Ebola – and that was 2014, when Tony Fauci released that virus on the Sierra Leone, on the Liberians, you know by way of a vaccine program.

“You know, ‘We’re gonna go over there and help you!’ with Christian missionaries, and that’s all described in our New York Times Bestseller, ‘Plague of Corruption’, which came out April 14th, 2020.

“I was first on the Epoch Times, April 8th, 2020, telling them all of this, showing them the Journal of Virology paper that showed hydroxychloroquine is a prophylactic treatment strategy for HIV, for SARS. And that means it’s a vaccine!

“Every 21 days, you got a booster shot, so the entire world could have been saved by hydroxychloroquine, just as in this book, ‘Called for Life’, by Kent and Amber Brantly. He’s the doctor that got infected with Ebola when Ebola was aerosolized.

“And this was in the summer of 2014 and this was the cover-up by Tony Fauci of the William Thompson confession, after 15 years that MMR, giving Blacks and people of color, Hispanics, before the age of 3 had a 2-to-4 times greater risk of getting autism or severe neuro-developmental disease from that shot.

“We caught them. Not ‘we’, Judy Mikovits, the Royal We: Children’s Health Defense, The Highwire, the Informed Consent Action Network. Lawsuit, lawsuit, lawsuit. Proved that vaccines are not safe, have never been tested since 1989, not a single double-blind placebo controlled study, safe study has been done, as required by Federal Law, by the HHS.

“That was the proof in the Fall of 2019…Was COVID started because they cloned the deadly H1N1 in 2005 – cloned – from people who died of the Spanish Flu?

“And the biggest thing our books tell you is that, ‘Never again get another injection’ and you will live and we as a world will experience health.”

MANY, MANY vital details in this talk, check it out. 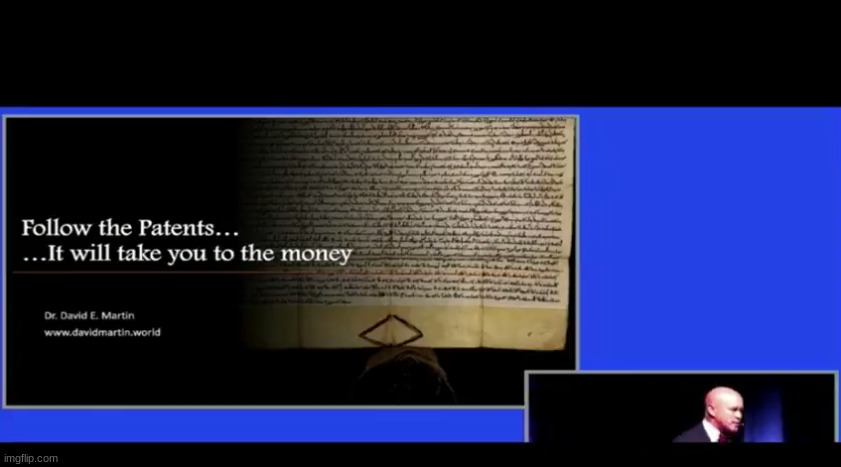 From our friends at Before It’s News…

Explosive Dr. David Martin: Who “They” Are: “The Names and Faces of the People Who Are Killing Humanity” (Video)

This is a full length presentation of Dr. David Martin’s riveting Red Pill Expo speech reveals the “they” — the names and faces of the people who created this Covid “theater of terror” and who are murdering adults and children with their bio-weapon.

Not only does he call out the culprits and put their names on screen, but he divulges how the “mandatory injection” was planned in 2015, and discloses the hidden sponsoring corporations that are behind it all. He also discusses how the evidence will be released through the blockchain, so these individuals and institutions will finally be held accountable for the their egregious crimes against humanity.

WHO “THEY” ARE: “THE NAMES AND FACES OF THE PEOPLE WHO ARE KILLING HUMANITY”

Dr. David Martin: Founders of the Plandemic and Their Companies Exposed (Video)