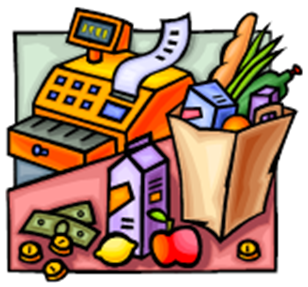 Denice: Energy is interesting today feels like we are waiting for someone to flip the switch LOL

Terran: Hearther is feeling that everything is done. I Don’t know how the case winds down exactly.

Terran: Heather and I went to Costco for groceries, there was a woman giving out cranberry walnut bread. The bread was dry.

Terran: She had a big Pyrex bowl of whipped butter with one of those cake frosting spatulas.

Terran: I reach for the handle to butter it

Terran: The sample lady looks in horror as I touch the handle! She says in great disdain “now I have the sterilize this!”  I’m thinking she’s just going to get a new spatula but she takes the whole large pyrex bowl back to the costco bakery area!

Terran: I’m thinking “that’s a bit of an overreaction!”

Terran: She disappears with the bowl

Terran: While that’s going An older man (in his 70s) says to Heather “I am Rex”

Terran: Heather thinks to herself “of course you are!”

[an entity called Rex has come around several times in dreams and other circumstances with numerous people we know and don’t know.  My first encounter with Rex was during a dream on the first trip to Tangier in spring of 2013.   Rex busted into my dream through a hole in my dream (something that beings rarely do! He’s a bold one!), and said to me “its really nice you want to be Eternal Essensce, that’s really good in fact, but you should know you will lose your man bits!”.  I was baffled by the dream but when I related it to Heather, it sent Heather into a fit of giggles, she had many encounters with him, and she said to me “Is there any limitations on All that IS?”.  And the answer of course was obvious, there is none, and no loss of “man bits”, were required! LOL.  ]

Terran: “Rex” so wants to chat with her and tells her about his grandmothers squash pie which he says is “like pumpkin but better!” And it’s like he’s been dying to finally have this chat with her and they have this lovely chat for about 15 minutes, its like he knew both of us very well!  It was like a conversation on two levels about the subject of Thanksgiving day.

Terran: A woman customer approaches the sample lady and starts to do the same I do and the woman says “you can’t touch that I’ll have to throw it all out!”  I mean really, who eats cranberry walnut bread without a bit of butter?

Terran: It was as well if the saleswoman represented the commerce based government systems, so caught up in rules and procedures and completely ignoring her potential sales of cranberry walnut bread.

Terran: Then when we got through the Costco check out line, the lady had a name tag saying Genevieve  (the name means: Of the race of women).

Terran: Heather comments on the name “of course your name is Genevieve!” And she was this fun lively checkout woman that we bantered back and forth with…  All this set up a chain of cosmic humor and messages from the cosmos….

Denice: Cute!! You guys are having so much fun!!!!

Terran: We then go to Target to get Judy’s kryptonite, a 4 pack of tic tacs.  Costco didn’t have any.

Terran: Heather was walking around Target with her i-phone ear buds on.  She had this song pop up on her phone and play while we were in Target ? it’s not on her phone… she got a little spacey after that…  Back in 2011 and 2012 when I was in the hospital I had my i-phone 4 play songs I didn’t have but it hasn’t happened to me in a long while.

Terran: She calls it i-radio too

Terran: Heather then got a big download of energies and was looking a bit spacey.   So we stopped at Starbucks…

Terran:  Most women love shoes, but Heather loves boots.  The woman in front of us had these nice grey low top boots with grey bows on the outsides.  It was her boots that first got Heather’s attention. She was an attractive thin woman in ivory colored outfit, about 5′ 6″ tall (165 cm).

Terran: Heather saw something on her phone. The woman had written on her phone to her friend “what’s a praecipe? I’ve never heard of it before!”  She sensed Heather was looking over she shoulder (Heather about a head taller than the woman) and she quickly backspaced over the text she was writing. The woman was either from the courts or the FBI and was watching both of us very intently, but not in a menacing way.

Terran: We then sat outside under a sun umbrella and enjoyed our coffees.   I had a feeling Heather was not hearing much of what I was saying… so I asked her what she was feeling…  said “the perfection of it all”… she said new frequencies are coming in and they are beautiful. She also said “they are new but also familiar in other streams of consciousness” (what some call realms or dimensions).

Terran: Then Heather said to me, “We should get Judy and all go bowling tonight!”  I said “Heather what about the court curfew?”…. she had moved to a place in that moment where all this was no longer even an issue… but I reminded her that for the moment it is because of her agreement with the Judge, until this is wrapped up and dismissed.

Denice: KP phoned. He has been checking in a lot. He is really feeling the frequencies.

Terran: After I got home, I took a nap while Judy and Heather were chatting on the back porch.

Terran: I was getting “I-Tweets” in my sleep.

Denice: Or private I tweets? Lol

Terran: I first got this message that “nobody will understand how this message that fits the situation so perfectly.  It was as if I was looking at Twitter but couldn’t see the words.  So I felt the words very deeply in my dream to pull them in….each was separate tweet in the dream…

Terran: “It ended in Tennessee”

Terran: “If you could see what I see”

Terran: “And see what Is”

Terran: “There is no truth”

Terran: “There is no lies”

[Truth comes through perception, it differs by individual perspective from WHAT IS]

Denice: Okay…   here is something… right this very now I am aware of the most amazing, pure, and precious love flowing… Sweet, soft, gentle…

Denice: And I’m hearing this on the i-radio [Denice’s i-radio comes over her galactic transceiver in her ear]

Denice: Yes, this is certainly not for me

Denice: It is for ALL and by ALL?

Terran: Heather, just now (Thursday evening) and said she was getting a few words from other streams of consciousness to describe what she’s feeling of the energies coming in:

“The energies are new here”

“But familar in other streams of consciousness”

Denice: Ok, so this moment I would say these energies are “authentic infant”

Denice: If that makes sense. It feels to me like the moment I held my babies immediately after birth.

Denice: My eyes are watering. Beautiful?