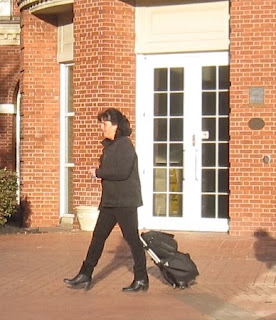 Doc 176 (click on the link for the  doc) STANDING DUE PRAECIPE, DECLARATIONS OF DUE CAUSE AND COMMAND TO FORTHWITH COMPLY, AND WITH NOTICE OF INTENT TO ORDER FINAL CALL ON ALL LEDGERS, WITH IMMEDIATE CLOSURES.

Doc 175 (click on the link for the doc) LIMITED DUE ACCEPTANCE FOR SOLE PURPOSE OF EVIDENCE OF ACTS OF DONE BY FOREIGN AGENTS AND FOREIGN ACTORS, INCLUDING BUT NOT LIMITED TO CORRUPTION, SUBVERSION, COLLUSION, FRAUD, TREASON, HUMAN TRAFFICKING, SLAVERY, BREACH OF THE PEACE, AND OTHER HUMAN RIGHTS ABUSES.  This document is the transcript of the January 23, 2018 Jury hearing, which was missing from the official record.

Doc 176 had an error upon filing yesterday, was a duplicate of Doc 175, but elbow counsel quickly corrected that once we notified him of the error.  We don’t know the cause of the error (court clerk?) but the important thing is that it was fixed promptly.

Doc 174 and Doc 173 were filed earlier.   Doc 174 is Transcript of the DC Removal Hearing which was not on the Knoxville record.  Doc 173 is the Tennessee Grand Jury Testimony of Parker Still along with the FBI 302s.

Heather sent me this note below this morning, I’m posting these accounts as we track the odd little things in the Knox County Jail so there’s a record in public view.  The women seemed to get locked down a lot more than the men. When there’s a shortage of male guards, the female guards are moved into control console positions and the male guards are moved into the male side of the prisons.  The female inmates are locked down during this for days at a time, due to “lack of staff”.  The resigning female guards quit and the reasons they give to inamtes are they don’t like how they are told to treat the female prisoners.  So this staff shortage is management attitude issue.

Just because someone has a colored jumpsuit doesn’t suddenly make them non-human.  There are plenty of people in there who shouldn’t be in there at all.  Tennessee is an ostensibly Christian state, and the scriptures remind its believers to treat prisoners the same way they’d treat Jesus. Prisoners, widows, orphans are all to be treated with respect. A human being is known by how they treat those in unfortunate circumstances.

Heather remains in good cheer, as always, in face of continual lock downs, random searches of her cell, and missing email communications.   She knows this will be resolved, one way or another. As it flows.

soooooooo……. our cell has been searched twice in a week, plus another check by corp. thornbury… a supervisor and officer osterman tossed it the night before last… and i was told officer osterman was hand picked to search my cell with the supervisor (not sure if he was a corp, lt. , sgt. , etc. ), although the inmates reported that it was the supervisor doing the cell search, while osterman stood at the door, lol

cell searches are supposed to be random

my cellmate, amber, came back to our cell at lockdown tonight reporting that she was up at the desk while the new pod officer was speaking with inmates about cell searches and how they were random… amber, asked why we were searched twice in less than two weeks if it was supposed to be random….pod officer laughed and said that was because they are trying to catch me with things i shouldn’t have… she asked how amber liked having me as a cellmate, and she told her i was awesome (i think amber is still overjoyed because she kicked me bum in our most recent UNO tourney lol! )…pod officer apparently responded that i seem pretty cool

when amber recounted all to me, i told her i am aware of the “facilities” orders they have been given (and the exposures that results/resulted for them in re to dirty fbi, doj, varlan, etc. , from our sting operation… and other past instances… to their already existing corruption and fraud)… i told amber if they find anything, it’s because the facility’s employees will have planted it… i search my cells multiple times a day (unless we have been in lockdown), especialy when i have cellmates… no offense to my cellmates… “awareness” is the best form of prevention for everyone!
?

bye-bye “prison bonds”!…. and my condolences to china, the largest prison bond buyer ?