Over the summer, like a lot of people, I purchase a bottle of aloe vera gel because, despite my best efforts, I always get sunburned when I work in the garden. Now I know where I’ll never be buying it from again: CVS. Don’t bother picking up a bottle at Walmart or Target, either. A Bloomberg News report from late 2016 shows that none of these store-brands actually contain any aloe.

All of the products listed aloe barbadensis leaf juice on the label as either the #1 ingredient or #2 (behind water). However, tests revealed that not a single one contained so much as a drop of aloe vera. [1]

Aloe’s 3 chemical markers – acemannan, malic acid, and glucose – were nowhere to be found in the tests for Walmart, Target, and CVS products conducted by a lab hired by Bloomberg. Instead, the products contained a cheaper ingredient called maltodextrin, a sugar sometimes used to imitate aloe.

Maltodextrin is a white powder usually found in processed foods as a thickener or filler, and in pharmaceuticals as a binding agent. It is also found in canned fruits, snacks, cereal, desserts, instant pudding, sauces, and salad dressings, as well as artificial sweeteners, as it contains fewer calories than sugar. [2]

Aloe vera gel sold at other stores was also shown to be potentially adulterated. The aloe gel sold at Walgreen’s contained 1 chemical marker, malic acid, but not the other 2. Ken Jones, an independent industry consultant based in Chapala, Mexico, says that means the presence of aloe vera can’t be ruled out. [1]

The lab – which requested anonymity to preserve its business relationships – used a testing technique called nuclear magnetic resonance. In addition to maltodextrin, the test revealed other additives, such as triethanolamine, an emulsifier. Lactic acid, a component which indicates degraded aloe vera, was not detected in any of the samples. 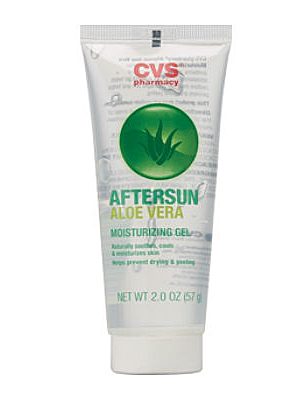 Spokesmen for Walmart, CVS, and Walgreen’s said their suppliers confirmed to them that their products were authentic. Target declined to comment. The 4 retailers have 23,000 stores, combined.

“We’ve been in the business a long time and we know where the raw ingredients come from. We stand behind our products.’’

“We hold our suppliers to high standards and are committed to providing our customers the quality of products they expect. We contacted our suppliers and they stand behind the authenticity of their products.” [3]

In a statement, Walgreen’s said:

“The quality, safety and integrity of our products is of highest priority to us, and we carefully select suppliers who share those priorities as well. Our supplier has assured us that the product’s ingredients match its labeling.”

Tim Meadows, president of Concentrated Aloe Corp., argues that nuclear magnetic resonance is not a reliable test for cosmetics because the presence of multiple ingredients can interfere with test results. He said there is no way to accurately test for the presence of aloe vera in finished products. [1]

Meadows also argued that maltodextrin isn’t an adulterant because it can be used in the drying process. Additionally, he said, some methods of processing aloe can remove acemannan, but that doesn’t mean the product is fake. He said:

“Acemannan has been misinterpreted. The cosmetics industry requires highly processed aloe. How that affects acemannan is anybody’s guess.’’

But James Neal-Kababick, director of Flora Research Labs in Grants Pass, Oregon, which tests and researches natural products, said that while it’s true that nuclear magnetic resonance isn’t designed to test for aloe vera in cosmetic products, the lab results still suggest that aloe “is not a major component” of the product.

In fact, Jones reviewed some of the tests and said he didn’t see evidence of aloe or interfering substances.

The Tests Didn’t End There

But the testing didn’t end there, and the results were mixed:

As for the aloe gel sold at CVS, the product is supplied by Product Quest Manufacturing LLC of Daytona Beach, Florida. The firm declined to comment.

Last summer, lawsuits were filed against the 4 retailers by several law firms after separate testing also found no aloe vera in the store-brand products. The firms are seeking class-action status and restitution for all the people who say they got ripped off by the retailers.

In a complaint filed in September in Illinois on behalf of plaintiffs represented by 10 law firms, attorneys wrote:

“No reasonable person would have purchased or used the products if they knew the products did not contain any aloe vera.”

According to the Federal Food, Drug, and Cosmetic Act, cosmetic labels should be truthful. Great, right? Who is making sure that companies are being honest? Well, no one. [4]

In a statement, the FDA said that “under the Fair Packaging and Labeling Act, FDA requires cosmetics marketed on a retail basis to consumers to bear a list of ingredients, in descending order of predominance. However, like other cosmetic labeling, this information is not subject to premarket review by FDA.”

Cosmetic companies can register their products with the FDA’s Voluntary Cosmetic Registration Program, but as the name implies, they don’t have to.

The investigation is from 2016, but it’s still a solid reminder to check into any aloe vera products you may purchase for this year’s summer sun.