Terran: QUESTION from the ITALIANS…

WHO OR WHAT WAS THE HISTORICAL ENERGY OF Dante Alighieri, author of The Divine Comedy, and purported creator of the Italian language (an outgrowth of a Tuscan dialect of Latin with musical tonal aspects added by Dante).

Dante is an important character in history given his influence in Italy, and the way his “novel” became part of Christian lore about heaven and hell.  Christian fundamentalists in America are particularly influenced by this man’s writings.

Was this man one of what we call “the divines”?  He claimed to travel between “realms” much like the “Old man of China”.

THE ONE DANTE/BETAMAN IS THE ONE ST. GERMAINE/COMPTE ST GERMAINE. NO FUTHER DATA. RECORD SEALED UNTIL SHOW.  WITH JOY, WE NOTE YOUR INTEREST IN THE “OLDE CHAP”. END TRANSMISSION.

More data was recently recently on Dante, to follow in a subsequent posting… (if I can find it! Terran) 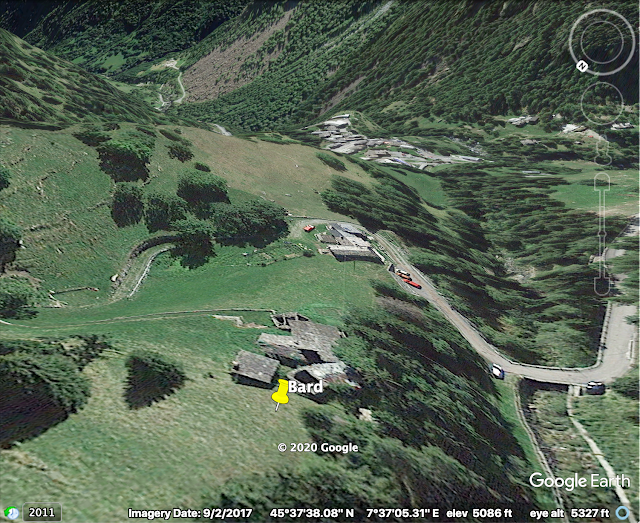 Terran: Is there a relationship with St Germaine to the abandoned hamlet of homes near here called Bard? These homes are about the right age for his time period.
Terran: St Germaine is said to be Lord Byron and also the author of Shakespeare…
Terran: Is St Germaine an aspect of me?  Thought I’d ask that in case there’s a connection to the stone homes at Bard ….
DC: DEAR  ONE/TERRAN IT IS WITH GREAT INTEREST AND DESIRE THAT WE SHARE WITH YOU THIS DATA. THE GERMAINE WAS BYRON.  YOU HAVE A CONNECTION TO BYRON, BUT NOT IN THE ENTIRETY. ONE ASPECT OF YOUR STRING ESSENCE INTERTWINED FOR A MANY OCCASION. A PRE-ARRANGED MEETING/CONTRACT/SITUATION.

Terran note 8/18/2020: The drift of what I got from this and later conversations was Lord Byron was kind of a BIU (Biological Interface Unit – a vehicle not unlike the Archangel suits – but no where near as powerful) for beings from a higher energy realm.  Billy Meier’s Pleiadian contact Semjase was a similar sort of BIU.

BIUs have been used by higher frequency realms to make solid what would not normally be seen as solid by those in 3D frequencies.  All beings that have a shape of any kind have a body and that includes angels.  Their frequency may be so high that they are called “spirit” (which in its ancient sense meant wind or vapor) and walk through walls but only those not in form are truly formless. Beings of higher frequency don’t tend to like to stay in lower frequency realms long, especially 3D frequencies of polarity.

DC: THIS GERMAINE OPERATED THE BYRON SEPARATELY FROM YOUR ENERGY ON OTHER OCCASIONS.

DC: NOW WE SAY WITH CERTAINTY THAT GERMAINE/BYRON DID NOT AUTHOR THE SHAKESPEARIAN WORK. IT WAS A FEMALE ROYAL WHOSE ESSENCE YOU ARE WELL FAMILIAR WITH.

Terran note 8/16/2020: This is a reference to Elizabeth the 1st of England which was an inbodyment of Heather Ann Tucci-Jarraf at that time.

DC: SAVE SOME DETAILS FOR THE SHOW, FRIEND.  DON’T YOU WISH TO OPEN GIFTS, TOO?
DC: THE HOMES YOU SPEAK OF WERE A PLACE HE SPENT MUCH TIME IN HIS EARLY WANDERING YEARS ON THE SECOND TIME AROUND.
DC: THIS IS THE CONNECTION AND FAMILIARITY THAT YOU ‘FEEL’. AS YOU KNOW, THE GERMAINE WAS AN INTERDIMENSIONAL TRAVELLER OF THE HIGHEST ORDER AND STEPPED IN AND OUT OF ‘HISTORY’ MANY A ‘TIME’.  WITH JOY WE END TRANSMISSION.  [in short he was a Universal 8/16/2020]

Hello, I have another question or two for the Sphere Alliance. First, thank you for answering my former question.  Question what is or was my relationship with St. Germain?

DC: PAUL, DEAR ONE, FRIEND, COMPATRIOT. WE SAY TO YOU THAT GERMAIN, THE ESSENCE THAT FUELS THAT AGE OLD VEHICLE IS A DEAR FRIEND TO YOUR ESSENCE.  NOW WE SAY THAT WITH JOY AND LAUGHTER.  YOU ARE NOT GERMAIN IN BODY.  YOU HAVE A FREQUENCY WITH GERMAIN THAT ALIGNS VERY CLOSELY TO GERMAIN.  WE KNOW HIM BY MANY NAMES WITH JOY. YOU ARE DEAR FRIENDS HERE ABOARD MANY SPHERES.  YOU BOTH LIKE VARIETY.
8/16/2015

SKYE: What has happened to St Germain btw?

DC: THE ONE/GERMAINE IS WATCHING PEACEFULLY HERE. [on an unnamed Sphere]