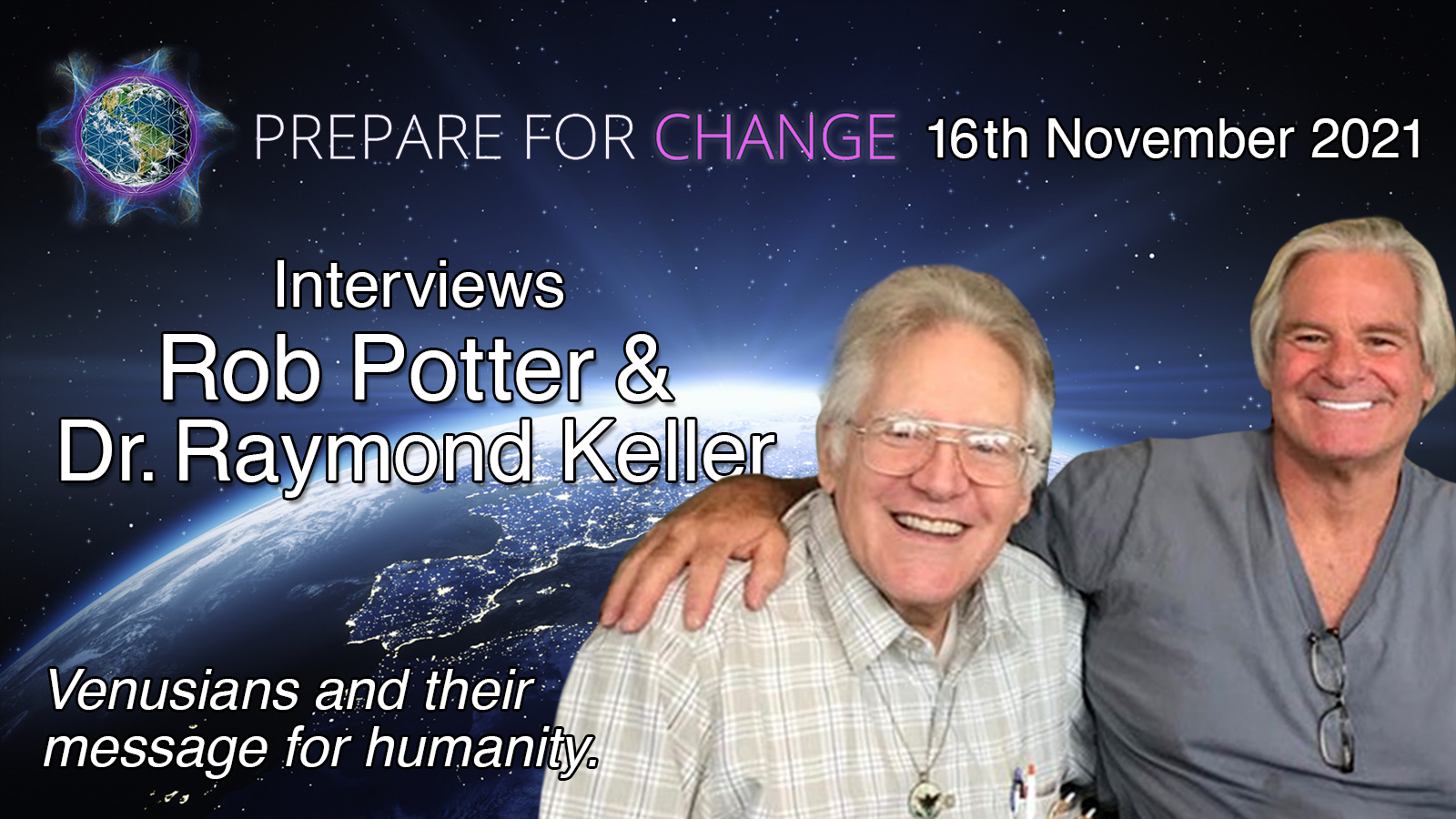 As part of the Ascension Connection call from October 21, 2021 guest speakers Rob Potter and Dr. Raymond Keller shared some important messages from their Venusian connections.

Both are life-long contactees who have been meeting Venusian visitors to Earth and are Ambassadors between their people and humanity.

Rob Potter is an original founding member of Prepare for Change. He and a few others were allowed inside The Kings Chamber in the Pyramid of Giza in Egypt on December 21, 2012, during that amazing winter solstice. He has been experiencing UFO contacts since 1975. Rob was ordained into the Royal Order of Melchizedek through the Venusian Commander Valiant Thor. He also works with a fellow contactee Cobra to prepare people for “the Event”.

Rob has authored much of the information and important work that can be found on the Prepare for Change. He has also been researching healing and consciousness for over 40 years, haven given seminars all over the world including Egypt, Japan, Australia, Bolivia, Peru, Canada, Europe, and the USA. Rob has also authored My Friends from Venus  with information about his first Contact with Lady Aura Rhanes. Rhanes is the 6th dimensional Venusian Commander of The Moon Base called Clarion on the dark side of our natural satellite. He has shared recorded messages from Lady Orda, the Queen of Venus. Rob has as a website called The Promise Revealed.

Dr. Raymond Keller is a retired history professor and an author. He has been writing about UFOs and paranormal activity since 1967. Dr. Keller has a series of books about Venusian contact but, his latest work, The Gospels of Judas Thomas and Mary Magdalene is a fresh look at the noncanonical gospels which were removed from most bibles.  Dr. Keller’s work on these gospels were obtained through a supernatural component: He was granted the use of something similar to the Seer Stone and Interpreter (Urimm and Thummin) that were used to divine the meaning of the golden tablets located by the founder of the Mormon Church, Joseph Smith.  Smith was guided to a box that contained these devices by an Angel name Moroni.

Due to Dr. Keller’s pure heart and impeccable character, he was entrusted with similar devices so he could witness and accurately record events of the past.  Once armed with these special devices that were loaned by the primary guardians of Earth, he was able to write the Gospel of Thomas and Mary Magdalene from a first-hand perspective as a witness.

Dr. Keller has written a series of books with illustrations based on his contact with Venusians. His writing explores the many facets and conditions of life on Venus in many dimensions from a perspective of conspiracies, history, theosophy, ufology and current events, especially space research.

Plenty is shared in our conversation with Rob Potter and Dr. Raymond Keller that makes this interview a fascinating watch.

Robs Inner Circle Includes Robs Books and so much more!