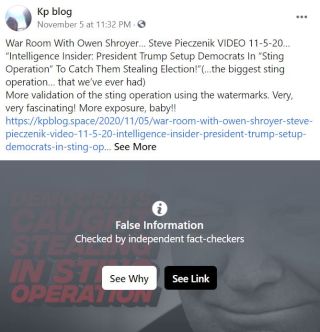 Well, there we go. What an honor. I’ve linked the image to the FB post which triggered it.

To see how I’m feeling about this please click here. 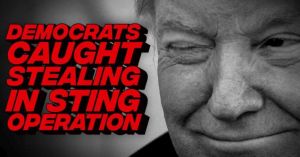 Steve says, “This is the biggest sting operation, probably, in our country, that we’ve ever had”. He also explains that he had received permission to share this information at this time.

“Dr. Steve Pieczenick drops a huge bombshell exclusively on The War Room. Dr. Pieczenick claims that election ballots across America have been watermarked and the Democrats will be exposed when they attempt to cheat!”

Note: earlier someone had sent this same video (a shorter version) with this link. Some may wish to view that as well.

Great video, in my view…! And it continues to add “validation data” to what was already presented by Corey Goode, David Wilcock, and Dr. Jerome Corsi about Trump running for President.

Several have pointed out this video (created/reposted by Storm Scoops} and I’m getting that it is an excellent “summarizer video” of how we came from 9-11 to the now moment, and the “waking up” of many in the intelligence community and the military began.

A few Dr. Steve quotes I note below:

[Kp note: I’m not sure of the actual date of this InfoWars interview, but it must have been fairly recent.]