People are spending less time outdoors and more time in front of gaming consoles these days. Most of these individuals can play video games without becoming obsessed with them, but others can’t be pried away from them. Well, in case you missed it, the World Health Organization (WHO) has classified “gaming disorder” as a mental health disorder, officially adding it to the 11th edition of its International Classification of Diseases (ICD) on June 18, 2018. Wait, what? [1]

Dr. Vladimir Poznyak, a member of the WHO’s Department of Mental Health and Substance Abuse, which proposed the new diagnosis to WHO’s decision-making body, the World Health Assembly, said he is “not creating a precedent.” He said the WHO has followed “the trends, the developments, which have taken place in populations and in the professional field.”

Not all psychologists are in agreement that “gaming disorder” warrants a place in the ICD.  This reminds me of when homosexuality was actually classified as a mental health disorder, or even stretching into how ADHD came to be a “disorder.”

However, according to Poznyak, the disorder’s spot in the ICD will help health professionals and systems to be more “alerted to the existence of this condition” while also increasing the likelihood that people who have gaming disorder can receive the help they need.

In order for a person to be diagnosed with gaming disorder, they must meet 3 criteria:

The behavior must continue for 12 months in order for it to be considered a disorder.

“It cannot be just an episode of few hours or few days.” Some exceptions can be made if a person meets the other diagnostic criteria.”

“…is another category of clinical conditions which are not associated with a psychoactive substance use but at the same time being considered as addictive as addictions.”

Read: U.S. Prison Inmates go Outside More Than 33% of Kids in the U.K.

“Millions of gamers around the world, even when it comes to the intense gaming, would never qualify as people suffering from gaming disorder.”

How Prevalent is Gaming Disorder? 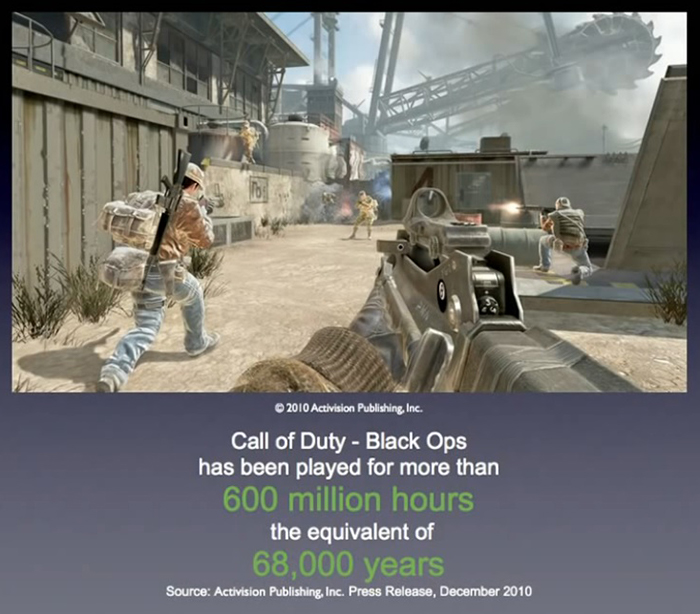 The prevalence of gaming disorder is “very low,” he explained.

The WHO and other experts estimate about 3% of gamers actually develop an addiction to gaming. [2]

A spokeswoman for the British Psychological Society, Dr. Joan Harvey, says that while gaming disorder is something to be on the lookout for, parents shouldn’t panic over the WHO’s new classification.

“People need to understand this doesn’t mean every child who spends hours in their room playing games is an addict, otherwise medics are going to be flooded with requests for help.”

Some experts say the WHO’s classification will do little to help people in the U.S. who may have the disorder, anyway. The WHO’s ICD-11 is used widely outside of the U.S. to classify disease; however, within the U.S., the American Psychiatric Association’s Diagnostic and Statistical Manual of Mental Disorders (DSM) is used to define mental illness.

Gaming disorder earned a mention in the DSM-5, the latest edition of the manual, but it states that more research is needed before listing it as a separate disorder. [3]

Douglas Gentile of Iowa State University says his own research shows the damage that gaming addiction can do to children, in particular. Many people believed that becoming addicted to video games was a matter of immorality or a lack of self-control. Instead, he found that gaming turned ordinary children into neurotic husks of their former selves.

But when those same youngsters were able to break free from their addiction, those symptoms went away, Gentile said. That’s why he believes that medical organizations, health insurers, and others should take gaming addiction more seriously.

“This isn’t an issue of opinion. It’s an issue of science. This is a major scientific and medical organization. They don’t do things lightly and without reason.”

What do you think of gaming disorder? Is it real? Is it not real? It seems we may soon be entering an era of medicating those absorbed by virtual reality.