The post Edgar Cayce: Technologically Advanced Civilizations Before Recorded History appeared on Stillness in the Storm.

Time travel is one of those fun topics that triggers visions of a young Michael J. Fox racing through time, literally, in the DeLorean, or Bill and Ted reliving famous moments in history thanks to their time-travelling phone booth. However, time travel isn’t just a movie plot line. It’s a real scientific phenomenon. Einstein’s theory of special relativity, after all, tells us that time slows down or speeds up depending on how fast you are moving relative to something else. So, we are all travelling through time on a daily basis. But it gets much spookier than that. Here are five real-world examples of time travel.

Time travellers are walking around on planet Earth right now. And they work for NASA! Astronauts who spend time on the International Space Station or long rocket trips out in our solar system age slightly slower than the rest of us down here. Not enough to notice, but enough to measure (100 years of time in space equals one-second forward in time). That means astronauts are not just space travellers, but time travellers, too. For those who believe that aliens are visiting planet Earth in speedy spaceships, the evidence for time travel could even extend to UFO videos and photos of advanced, inter-dimensional craft, because if Earth’s astronauts are able to travel through time, more advanced extraterrestrial astronauts should be able to as well.

Jack Kasher, Ph.D, a professor emeritus of physics at the University of Nebraska, points out that “there is another way, whether it’s wormholes or warping space, there’s got to be a way to generate energy so that you can pull it out of the vacuum, and the fact that they’re here shows us that they found a way.” (source)

Time travel was once just a math equation jotted down on a notepad, a conversation topic over coffee, or the center of a sci-fi movie plot. But today time travel is a serious scientific study. In one recent experiment, Washington State University physicists were able to slow down the movement of particles so much that “negative mass” was created, causing the particles to accelerate forward when they were pushed away. The physicists concluded that the particles went backward in time! As well, physicists at the University of Queensland in Australia were able to make a single photon, or particle of light, go through a wormhole and interact with its older self on the other side.

Scientists have yet to find a way for the human body to safely travel through time, but they may have figured out a way for the human mind to travel through time. According to Wikipedia, remote viewing is “the practice of seeking impressions about a distant or unseen target” using extrasensory perception, or ESP. In 1984, under the top-secret cover of the Stargate Project, the CIA conducted an experiment where they asked a human subject to remote view Mars in ancient times. Ingo Swann, a famed psychic who was part of the Stargate Project, claimed to have astral projected to Jupiter.

Here’s one of the most recent, heavily sources articles CE published on Remote Viewing.

Psychics are more well-known than remote viewers. They seem to be everywhere, and come in all varieties, from the TV show host to the fortune teller to your aunt. Some police departments even hire psychics to help locate missing bodies. Then there are revered psychics like Edgar Cayce and religious figures like Jesus Christ who have made bold and incredible predictions about the future that all came true.

It’s possible that every time we drift off to sleep, we have the potential to drift off to a different time and space. At least in our minds. Many people relate to the experience of having a premonition in a dream, and in fact, many have gone on record about their foreshadowing dream (or nightmare). For example, Jo Jo Billingsley, a vocalist for the 1970s band Lynard Skynard, dreamed about her band mates suffering in a plane crash the night before it happened. There was also the case of Abraham Lincoln, the 16th President of the United States, who reportedly dreamed about his death a few nights before he was assassinated.

Here is a more detailed article we’ve written on precognitive dreaming. Here is another one on dream telepathy.

The belief in reincarnation is an ancient one. Along with reincarnation comes the belief in past lives. But for some, it’s much more than a belief. Some people remember their past lives, starting from a young age like Sam Taylor, who shared memories with his late grandfather, or more commonly, after a hypnotherapy session. If it’s possible for the human brain to view a past life and learn from past life experience, then maybe the human brain is the best time machine of all.

Because most of us can’t time travel, the subject matter continues to hang out in sci-fi books and movies and doesn’t factor into our day-to-day reality. However, if time travel is real, the implications for humanity are really great. Time travel could explain other mysterious phenomena, like ghosts, UFOs, and even the Mandela Effect. Time travel could also motivate mankind to open up its mind to a new universe of possibility, where the secrets of the future and past are revealed. It can be argued that it’s only a matter of time before humanity unlocks the secret powers of time travel.

There is still a lot we don’t know, and a lot of our most interesting science is locked away within black budget programs.  We are capable of so much and still have so much to discover about our reality and ourselves. When the human race is ready and our intentions shift to looking at ourselves as a whole, perhaps then these ‘knowing’ will be ready to be utilized by the public. (Dylan Charles) The U.S. has been attempting to enter Syria for almost five years now, and the chemical weapons pretext has been in play since the invasion of Iraq.

The post Edgar Cayce May Have Been Right About Russia’s Role in Preventing World War III appeared on Stillness in the Storm. 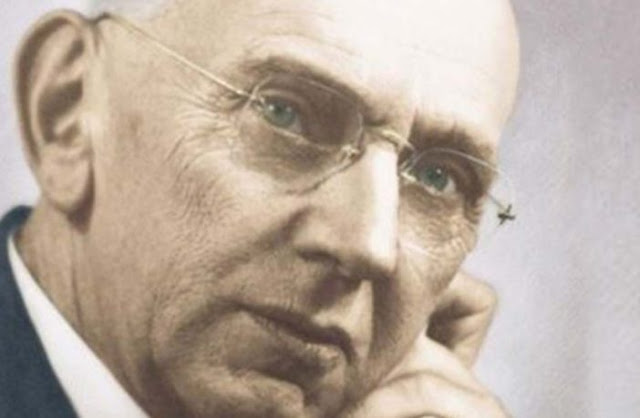 (Jim Vieira) For nearly 30 years I have returned to the famous “Sleeping Prophet” Edgar Cayce’s readings as a road map to try and piece together the complex origins of civilization and the creation of Homo sapiens. Cayce (March 18, 1877 – January 3, 1945) was an American Christian mystic born in Hopkinsville, Kentucky who answered questions on subjects as varied as healing, reincarnation, wars, Atlantis, and future events while in a trance state.
Read more »