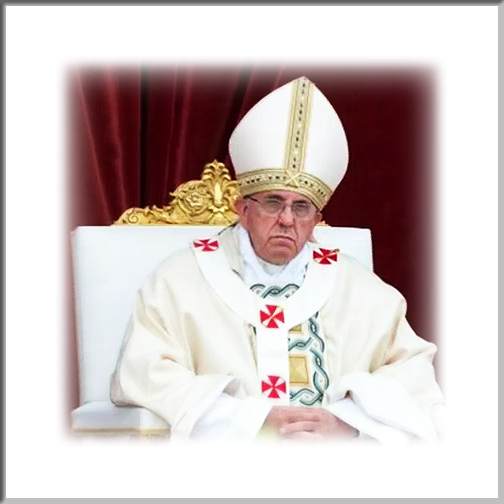 Update 1: added some additional images and some minor edit corrections.

Terran: Denice, Did you see Paul’s question in the Skype room?  Could you ask Stan X about that?

Denice:  I am at [redacted until I get clearance from Denice] Will check when I get home later today.

Denice: I can transmit while [redacted until I get clearance from Denice]

Terran: Paul put forth this inquiry: 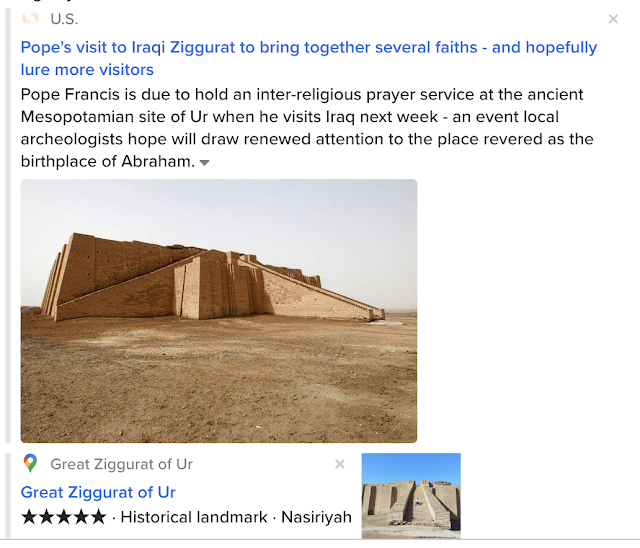 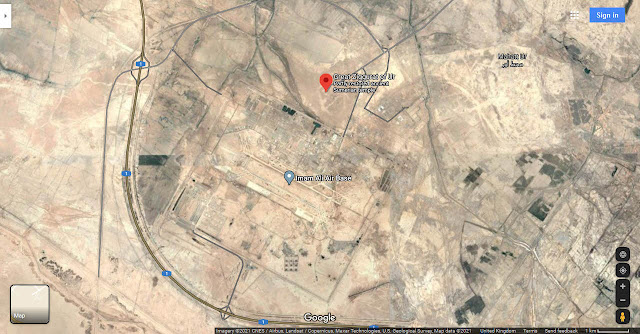 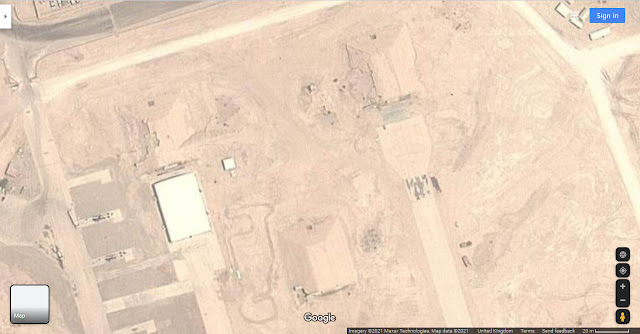 Paul: I just found what may be some earthworks, or ancient structures and the airbase close to the Ziggurat of Ur. Still looking into it. So when they built the base they enclosed these structures within it, it seems. And of course there were all those stories about the real purpose of the invasion of iraq having to do with alien tech more or antiquities more than anything else

Paul: It would be good to get our friends upstairs to impart some information about this situation. This location is directly connected to Enki and Enlil. It may be the location that was used to create the foundation of what we now know as “commerce” and the “legal” system. There’s also a fairly monolithic building at the lower end of Wall Street which mimicks the structure and design of the Ziggurat of Ur

Paul: Maybe they’re just buffers at the end of a runway …

Terran note: I think BZ mistook Paul’s images for a building in New York City of the same configuration… and offered this unique bit of data on New York Architecture… There are no coincidences… 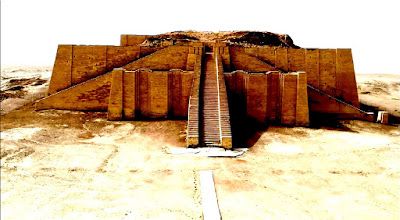 BZ:  Yes it’s called the TOMBS to us New Yorkers.

BZ:  its also in the basement where the vital records are housed, if you want to get a copy of your official with raised seal, birth certificate. The “long form” with the time of birth and the hand signed hand noted one from the day you were actually born you have to go through an arduous and $$$ process through them.

Paul: What are we talking about BZ?

Terran: I had the same thought.

BZ: Paul, There’s also a fairly monolithic building at the lower end of Wall Street which mimics the structure and design 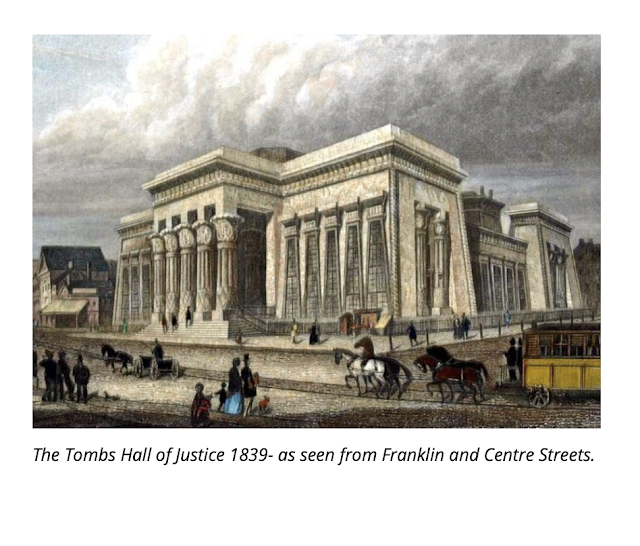 BZ: and when I read that the exterior of the “tombs” popped right into my head

Terran: I didn’t know you were from NYC!

Paul: I guess we could use the euphemism Hotel Epstein for that building as well

BZ: when I was a teen

Thor: TERRAN. THERE ARE THREE KNOWNS. “PORTAL/GATE IS OPENED”. “FRANCIS HAS NO THING TO LOSE”. AND “NO THING IS WHAT IT SEEMS” THOR.

Thor: TERRAN. THE PORTALS THERE REMAIN UNDAMAGED. “FRANCIS”. IS TRAVELING TO THE SITE TO “GAIN FAVOUR” AFTER LOSING “FACE” WITH HIS HANDLERS IS THE MOST PROBABLE REASON. “ FRANCIS” HAS LOST EVERYTHING. FUNDS AND POWER. HE WENT “ALL IN” EARLY ON. THESE FINAL SCENES ARE “PERMITTED TO PLAY OUT”. AS SHARED BEFORE. THERE ARE NO PLANS. ONLY MOMENTS OF NOW STACKING INTO “ONE”. THOR.

Terran: Who are his handlers ?

Terran note: There is a class of beings, who Heather termed “The Divines”.  They are fond of talking about “the divine plan” hoping you will think that is “God’s plan” or “Source’s Plan”.  It’s a game of word presumption, like is done in our court systems.The Chinese Elders are also in this category but I believe they have their own realm.
There is a subset of them who were human (perhaps still are) who through very rigorous spiritual practices became “Ascended Masters”.  What they did is pretty remarkable given the low spiritual energies of their eras. They managed to get out the slave farm the rest of us were confined to.  Another term for them is “The Great White Brotherhood”, which is a secret society within an umbrella treaty organization (in a UN like structure) at the Vatican with the Jesuits, Kroton, Free Masons, Templars, Roseline, etc.  They masters were supposed to teach humanity but according to the data collectors they only taught about 5000 people in all those years. 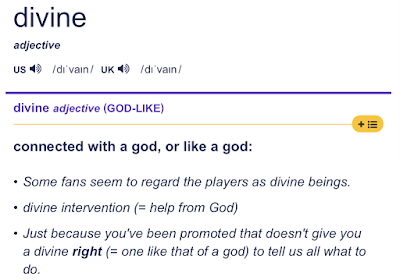 Terran: Magenta boy? Or should I say Ray-man?

Terran: Where does that particular stand in all this? Still on the old agenda?

Terran: His trust was raided by bankers long ago

Terran: So when people say “trust the plan” is that the plan they mean? He was known to walk through walls at the Pentagon.

Thor: TERRAN. IN PART. YES. “COMPARTMENTALIZATIONS “ ASIDE. AND INCLUDED. THOR.

Terran: I’m laughing… but it explains much!

Thor: TERRAN. AND THUS THE FOLLY OF ALL WHO WAIT ON AN ANCIENT PLAN THAT HAS “VAPORIZED”. BEFORE THEIR EYES? OR “UNDER THEIR NOSES”. THOR.

Terran: I really thought that narrative had died in 2015.

Terran: I’ve had this feeling for weeks they’d go up a cul-de-sac before choosing the right route to freeing humanity. An inability to see the full scope yet.,.

Thor: TERRAN. ANOTHER CUL DE SAC PERHAPS THEN THE END OF THE ROAD. THE END OF ALL “ROADS” IF YOU FEEL ME. THOR.

Terran: Yet they still have their eye on H like they are not sure… very curious moment.

Terran: Okay a question for you, why did they ask thru an Italian contact about my heart condition (a temporary issue in 2009 due to septicemia and not permanent) It implies they want to ask me to do something? Something likely stressful…

Thor: TERRAN. NO REQUESTS FOR YOUR INTERVENTION ARE IN THE NOW FLOW OF ALL THAT IS. THOR.

Terran: That would be my view