Researchers at the Google-linked science company Verily are in the process of releasing 20 million sterile mosquitoes into the Fresno County, California, area in an attempt to actually stop the disease-carrying menaces from breeding. [1]

The effort is dubbed the “Debug Fresno” project, the goal of which is to greatly reduce the number of invasive Aedes aegypti mosquitoes in the area. The Zika-carrying insects first arrived in California’s Central Valley in 2013. The mosquitoes also have the ability to spread dengue fever and chikungunya viruses. Officials say the bugs adapted rapidly to the area’s residential neighborhoods. [2]

“It’s a terrible nuisance, a terrible biting nuisance. It’s changed the way people can enjoy their backyard and it’s a threat for disease transmission. So we’re looking for new ways to eliminate it.”

The Bloodline Stops There

The altered males don’t bite, but, obviously, you wouldn’t know that as you swat at them at your family barbecue.

If the naive females lay eggs, it won’t matter; they will never hatch.

Ultimately, the scientists’ plan is to eliminate the mosquitoes, generation by generation.

Verily, a subsidiary of Alphabet (formerly Google Life Sciences), estimates they will release 1 million mosquitoes a week in Fresno County. That’s upwards of 25 times the numbers in 2016. This is made possible because scientists have developed ways to breed the mosquitoes, and separate the sexes on a larger scale.

“Automated sex-sorting is a key advancement for this research. Traditionally, mosquito sex-sorting is a very labor-intensive process. Verily has developed a system that uses computer vision algorithms to identify the sex of the mosquitoes and only let the males through.”

Future field studies will let scientists know whether or not Verily’s plan lowered the number of Aedes aegypti mosquitoes in Fresno County.

If all goes as planned, those 20 million mosquitoes will get released between mid-July and the fall of 2017.

Theoretically, if the program is successful, it could be used to stomp out all mosquito-borne illnesses on Earth. [2]

“If we really want to help people globally, we need to be able to produce a lot of mosquitoes, distribute them to where they need to be, and measure populations at very-very low costs.” [3] 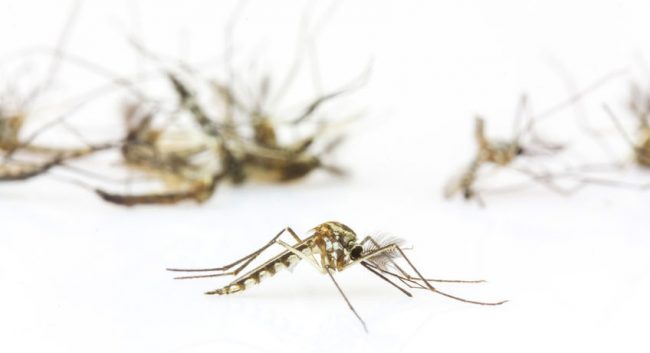 The Other Side of the Card

Wow, can you imagine eradicating malaria and yellow fever? It would certainly be a medical and technological breakthrough that redefines life for millions of people around the world who would have died without the technology.

To read about it, it seems quite simple and sure-fire.

But That’s Not Necessarily the Case

A July 2014 study by researchers at Penn State University found that:

The scientists say “that caution should be used when releasing Wolbachia-infected mosquitoes into nature to control vector-borne diseases of humans.”

In a March 2016 letter published in Science magazine, researchers point out that few experiments with Wolbachia-infected mosquitoes have looked at “the probability of Wolbachia strains being transferred to other insects and the potential environmental and economic impacts of this host shift.”

The scientists explain that in a brief evolutionary period, “Wolbachia strains are capable of transferring horizontally among distantly related arthropods.”

Additionally, according to the researchers, parasites are able to carry Wolbachia strains to other species.

The question is: Which is riskier – mosquito-borne disease, or a potential mishap in trying to eradicate the sources of those diseases?