(Exo News) A paper submitted by Tabitha Boyajian, an astronomer at Yale, to the journal Monthly Notices of the Royal Astronomical Society (in 2015) described a particular star named KIC 8462852 orbiting only 1,500 light years from Earth. “… KIC 8462852 (aka “Tabby’s Star”), was observed by the Kepler Space Telescope (image above) to undergo irregularly shaped, aperatic […]

The post NASA’s Kepler Telescope Discovers a Colossal Artificial Structure Orbiting a Star in Our Vicinity appeared on Stillness in the Storm. (Jake Anderson) Provided humanity doesn’t destroy itself, someday our technology may advance to the point where we can send probes to other star systems to look for tell-tale signs of life on exoplanets.

The post Aliens May Use Nearby Space Rocks to Spy on Earth and Ancient Technology May Remain There appeared on Stillness in the Storm. (Tom Rogan) The U.S. Army has signed a contract to study and exploit materials from unidentified flying objects. It intends to use what it learns in order to develop new weapons platforms.

The post US Army Signs Contract to Study UFO Material and Make Better Weapons appeared on Stillness in the Storm. 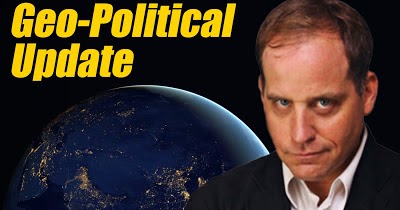