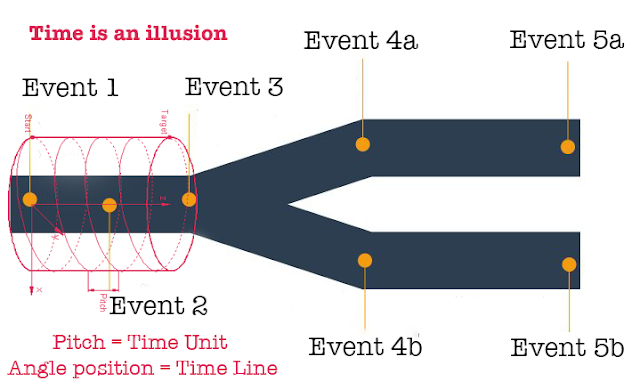 I’m getting some short insights lately and I thought I’d share this one.

Everyone in the awakening movement is pretty much on the same page that time is an illusion.  This is the view of many beings who are off world.    In prior posts we explained time was a thought form illusion reinforced by ley lines feeding back into the UK to a time pacing device which is in turn coupled back into Greenwich Mean Time and various clock and computer syncing systems around the globe.  All illusions are created by us, based on an allusion and a presumption.  Clocks are allusion in this equation, the presumption is that time is real… Yet still there’s a lot of talk about Time Lines.

If you want to something to change, your intent, words and actions need to be in alignment.  This is called coherence of being.

It sounds like a small thing but I think its effect on our thinking is significant.   Think of it like how we all switched a few years ago from “TPTB” (the powers that be), to “TPTW” (the powers that were).  And just that small change significantly changed the way we viewed things.

My thought on that for the moment….