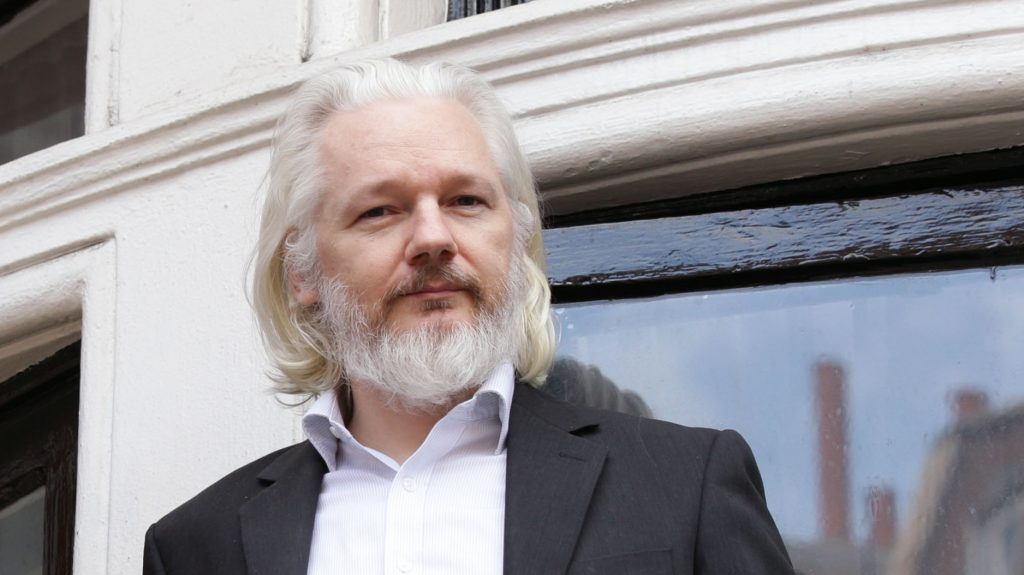 Poor Julian Assange is still being persecuted and detained in London 8 Years later! It’s a shocking disgrace that this man who has done so much for Freedom | Disclosure | Government Accountability should have to endure such imprisonment.

In the last 7 months, he’s had all communications cut off, he’s under “Protocols” which are beyond restrictive and his lawyers are having a very hard time battling the establishment even to help him regain is right to speak and communicate.

United Nations investigations have found the UK Government in violation of his basic human rights in the arbitary detention. This was back in 2016! Sweeden have already dropped their claims of Rape against him, however, warrents for his arrest in London continue to be renewed and the UK has spend close to £21 million on policing and undercover policing of the Assange situation.

I ask everyone who reads this post to please sign this petition to show your voice in support of Assange.

The following information is taken from https://justice4assange.com/Protection-Action.html

On March 28, 2018, the government of Ecuador imposed a unilateral incommunication on Julian Assange. Mr. Assange’s ability to the communicate with the outside world was blocked both physically and by embassy and foreign ministry authorities for seven months:

Ecuador’s President told AP: “if Mr Assange promises to stop emitting opinions on the politics of friendly nations like Spain or the United States then we have no problem with him going online.”

On 12 October 2018, the embassy delivered a “protocol” with explicit threats to revoke Mr. Assange’s asylum if Mr. Assange, or any of his guests, breached or were perceived to have breached, any of the 28 “rules” in the protocol. The rules provide that the embassy can seize Mr. Assange’s property or his visitors’ property and hand these to UK police, and report Mr. Assange’s visitors to UK authorities. The protocol requires the IMEI codes and serial numbers of electronic devices used inside the embassy. The private information required of visitors and Mr. Assange’s lawyers by the embassy is shared with undisclosed agencies.

The “protocol” also forbids Assange from doing journalism and expressing his opinions, under threat of losing his asylum.

The protocol appears in the context of a strong, supportive ruling by the Interamerican Court on Human Rights, setting out Ecuador’s obligations in relation to Mr. Assange (paras 178 onwards), which was announced amidst reports in the Sunday Times that the UK and Ecuador were reaching a “high level” agreement to breach Assange’s asylum by handing him over to UK police to be arrested.

Ecuador recently secured $1.1bn in loans. The US representative to the IMF told Ecuador in late 2017 that loans were conditional on Ecuador resolving the Assange and Chevron matters. Throughout the Summer pressure from US law-makers mounted on Ecuador to hand Assange over to the UK.

In June, President Moreno met with Vice-President Mike Pence. Moreno denied Assange had been discussed. The White House, on the other hand, stated:

VP Pence meets with Ecuador leader, and WH official tells pool: ‘The VP raised the issue of Mr. Assange. It was a constructive conversation. They agreed to remain in close coordination on potential next steps going forward.’ @julianassange @wikileaks

Ahead of Pence’s visit, ten senators from both sides of the political divide urged the Vice President to pressure President Moreno over Assange. Ahead of the midterms, the ranking Democrat of House Foreign Relations Committee made an inflammatory demand directly to Ecuador’s president Moreno to hand Assange over to UK authorities. In the letter, Assange is called “a dangerous criminal and a threat to global security” and the letter says Ecuador that crucial bilateral relations in the area of commerce and security depend on Ecuador “resolv[ing] the significant challenge” of “the status of Julian Assange“.

The “protocol” and the forced, arbitrary incommunication imposed on Mr. Assange for seven months was the subject of a protective action measure before a court in Quito on 25 and 29 October 2018.

During the proceedings, Mr. Assange spoke to the court over videolink.

The judge refused to rule on the constitutionality of the government’s actions against Mr. Assange and said it was a matter for the Constitutional Court.

The judge declined to hear witnesses and declined to accept evidence documenting the embassy’s visitor ban.

On 30 October 2018 the case was appealed to the provincial court.

Application to the District Court for Protection Action measure

During the proceedings five amicus curiae intervened: academics and human rights workers, all in favour of Mr. Assange’s application (Spanish):