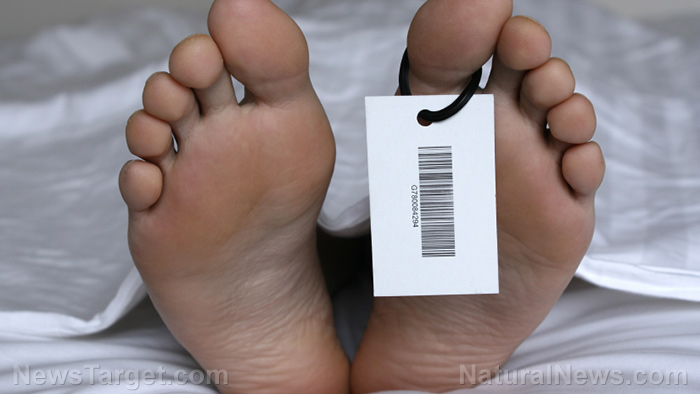 In case you have not figured it out yet, the real plandemic was never some airborne virus. It has always been the so-called “vaccines,” the contents of which are now killing hundreds of thousands of people weekly, according to the latest government data.

The “fully vaccinated” are the walking dead, carrying around with them a damaged immune system plagued by spike proteins and other deadly toxins that are overwhelming health systems with sick and dying patients.

You will not hear about this on the “news,” of course, because it tells a much different story than the one being propagated by the powers that be, which want us all to believe that the jabs are “saving lives.” The truth is that the jabs are massively depopulating the world right before our very eyes.

The number of daily calls for ambulances in England, as one example, are now so high in number that the system there is having trouble sending emergency first responders to every case. Hospitals are also becoming overwhelmed with patients suffering from post-jab illnesses, leaving few, if any, hospital beds for anybody else.

The National Health Service (NHS), according to a freedom of information request, has confirmed that the number of heart-related emergencies doubled in 2021 compared to 2020 and prior. In 2022 so far, the number is still going parabolic as the long-term impact of the jabs runs its course.

We know from the latest data charts – you can see them at GlobalResearh.ca – that ambulance calls continue to increase month after month with no end in sight.

Many of these calls are for younger people, just to be clear, and not just for the elderly. Young people who would otherwise be fit as a fiddle are now debilitated with a damaged heart, which in many cases results in heart attack or stroke.

Excess deaths are also skyrocketing as injection spike proteins accumulate inside people’s bodies and form clots that, in many cases, end up resulting in death.

Keep in mind that when hospitals first shut down due to the “virus,” what they were actually doing was going on vacation. There was never really an illness outbreak of any considerable magnitude until after Operation Warp Speed was launched, unleashing hell on the world.

Now, thanks to the shots, hundreds of millions of people are walking health time bombs that are going off seemingly at random. And health care systems are unable to handle all of them.

The U.S. Centers for Disease Control and Prevention (CDC) has known about the heart-damaging effects of the shots for quite some time. It published a study back in January highlighting the fact that people who get injected for the Fauci Flu are 133 times more likely than the non-jabbed to develop myocarditis.

“This means Covid vaccination increases the risk of suffering myocarditis by a shocking 13,200%,” reported Global Research.

“Eventually, myocarditis weakens the heart so that the rest of the body doesn’t get enough blood. Clots can then form in the heart, leading to a stroke or heart attack. Other complications of the condition include sudden cardiac death.”

“There is no mild version of myocarditis, it is extremely serious due to the fact that the heart muscle is incapable of regenerating. Therefore, once the damage is done there is no rewinding the clock.”

According to the Office for National Statistics (ONS) in the United Kingdom, excess deaths in the age of Operation Warp Speed are off the charts, specifically among the partially or fully injected. The unvaccinated, meanwhile, show no such effects.

The latest news about Fauci Flu shots can be found at ChemicalViolence.com. 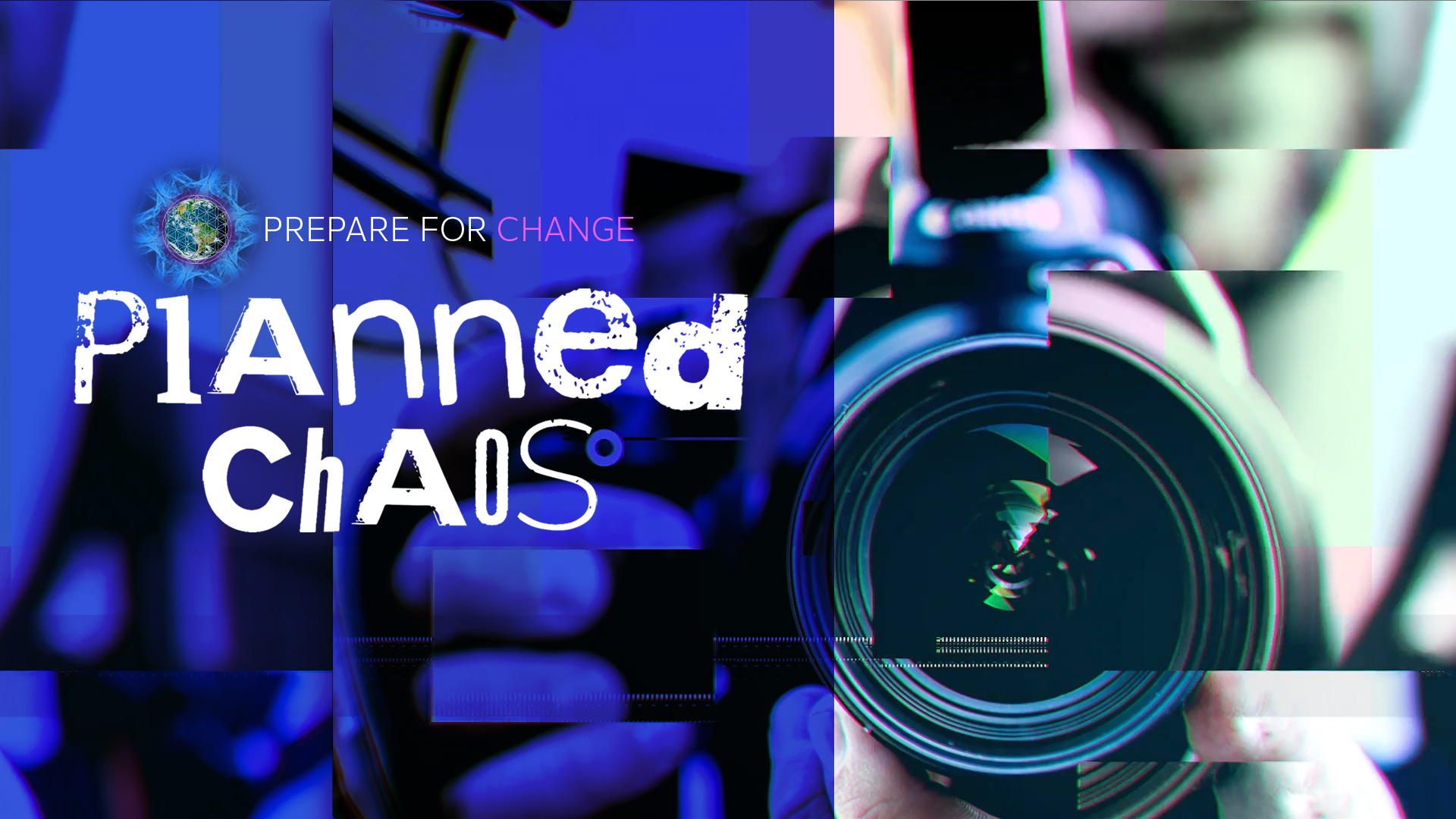 This is the first of five videos created by the Prepare For Change Media Team in 2020 meant to provide alternative information to the public.  We are re-releasing the whole series, “Planned Chaos”, because we still need humanity to wake up. In retrospect, these videos and articles were very aligned with what happened over the past two years and sadly prophetic.

As we hit the two year anniversary of their first release, we are more able to qualify the statements we made in our series of videos and articles. Planned Chaos connects the deep dots with intel gathered from our sources and public intel providers and tells you how they intend to do this. We go the extra step that few others do and explain “why” they do this throughout the series but especially in the Financial video premiere on Saturday, Oct. 1 and in the article, “Darkness Drives the Madness” on Monday, Oct. 3.

These videos may offer a new perspective for many regarding what is happening today and why. Please watch these with an open mind and consider the truths found therein. We offer some possible perspectives and viewpoints in order that you can draw your own conclusions by considering options that you may not find in other places.

We need these releases distributed to your friends, family, social circles and public leaders to avoid the final objectives of the Great Reset and New World Order, wherein humanity will be subjugated under authoritarian rule. We hope you appreciate the effort and information.

Are you at Peace? Do you fly the Peace Flag? 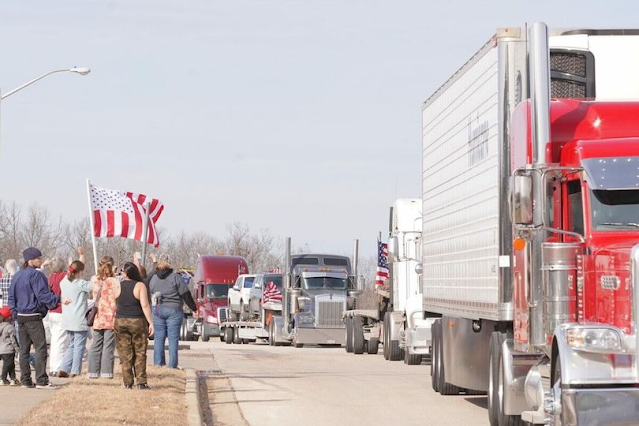 These supporters of the Trucker Convoy are flying the American Peacetime flag, and by doing so, they are identifying themselves as peaceable Americans — people who are NOT at war, NOT soldiers, NOT here to blow anyone up, shoot anybody, etc., etc., etc. — and that is important.
If every American War Flag in this convoy was converted to a Peacetime Flag, there would be nothing at all that any of the Rats could do to attack or complain or harass anyone involved. They would all have to stand down and watch the parade.
Flying the right flag can save your life or the lives of people you care about. Flying the right flag can protect your property and your Natural and Unalienable rights and Constitutional Guarantees.
Remember that America — the actual America and the actual American Government — has been at peace since 1814, and all the “peaceable” Americans are owed the full support, protection, and respect of their government employees without exception.
So stand up for who you are and what you are doing and use the proper flag to make your silent declaration of your standing and peaceful intentions. All over this country, more Americans are waking up and catching on. They are flying the Peacetime Flag. Isn’t it about time you did, too?
Check out http://www.uscivilflags.org/articles-history.html for the honorable and venerable history of our Peacetime Flag — and stop a moment to think: do you want war or do you want peace? It’s up to you to declare.
To get your own US civilian flag go here:
http://www.annavonreitz.com/order.html

I wanted to write this headline earlier, but I got sidetracked. Now, Dr. Ashish Jha is in the headlines again with bad advice so this time I’m not going to give him a pass.

Let me be very clear. Everyone, including the CDC, now knows what misinformation spreaders such as myself have been saying for a long time: vaccinated people don’t have a lower risk of getting COVID.

There is no evidence for the previous vaccines that you’re going to reduce community spread. If anything, the evidence shows the opposite when you look at it with a critical eye as Mathew Crawford has done, for example. Check out this chart from his article:

See the red part? It’s supposed to be black for cases, hospitalization, and death. If he’s wrong, someone should point that out to him on camera, but they all seem to be camera shy. I can’t figure it out. Nobody wants to challenge his analysis.

If you can’t interpret the chart, here’s what he wrote:

Boosters are a disaster. Not only are disease rates and mortality higher, but these are people subjecting themselves an additional time to adverse events, which seem to have a dose dependent relationship (more LNPs or more mRNA are doing worse damage due to either pathological priming or toxic buildup or prions or…).

But you don’t need to believe me or Mathew on any of that. Here’s why:

The Pfizer combo booster was tested on just 8 mice and all of them got Omicron when they were challenged with the virus. Also, all the mice are dead now so it’s hard to assess the risk of death and/or hospitalization.

See my article about the paper from top authors that concludes that vaccine mandates are unethical for young adults. Why isn’t Jha telling Americans about this important analysis?

On the Israeli safety data, Jha never asked to see the data. Why not? Shouldn’t this be a top priority for him?

Biden should not be taking health advice from a guy who both makes up science and withholds scientific results from the public. Period. Full stop.

There are many reasons that Joe Biden and his sidekick Kamala Harris both have to go.
The first reason is that Joe and Sister Kamala are a tag team of unprecedented incompetence.
Second, Joe is a self-admitted thug and crook who used his position as VP to Obummer to launder money for his family and friends in Congress. He was proud of his strong-arm technique, using our stolen credit as leverage against a Ukrainian criminal prosecutor who happened to be investigating the activities of Hunter Biden.
Joe Biden isn’t only a crook, he’s an accomplished crook and bully. He bragged about it on video and to this day, he hasn’t recanted a word of it.
Contrary to what the equally corrupt DOJ may have told you, he is not protected by his office from criminal prosecution. Nobody and that means NOBODY is above the Public Law in this country, and if you think otherwise, you are living in a different “country”.
That’s right, take it in — criminals and thugs are in control of “our” federal Subcontractors, and our military is either so corrupt or so stupid that they actually appear to believe that this joker acting “as” the President of the United States of America is their Commander in Chief.
News for them. You’ve been following the wrong “President” for a while.
Biden is “President” of a look-alike, sound-alike British Territorial Commercial Corporation, He is emphatically NOT The President of The United States of America and NOT your Commander-in-Chief.
That Office belongs to the actual President of the Federation of States of the Union.
—————————-
See this article and over 3800 others on Anna’s website here: www.annavonreitz.com
To support this work look for the Donate button on this website.
How do we use your donations?  Find out here.