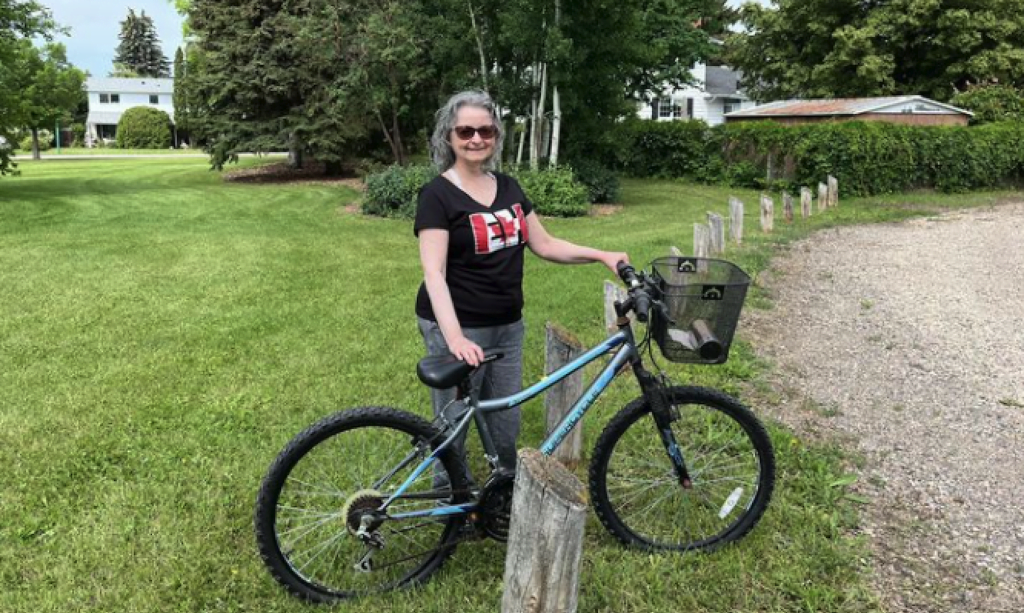 Carol Pearce, a Canadian women from Saskatoon, Saskatchewan, is said to have died within 7 minutes of receiving a COVID-19 booster shot. According to her daughter, Stephanie Foster, her mother’s death is linked to the vaccine. She emphasized that her mother was in good health.

However, Saskatchewan Health has declared that Pearce’s death was from natural causes after the Saskatchewan coroner’s service investigated the case.

Pearce was visiting her daughter earlier that day before heading to the Shoppers Drug Mart to get her booster shot. Pearce went into the pharmacy, was vaccinated, and stuck around for the normal 15 minute waiting period to be sure no adverse events occurred.

It was only 7 minutes into that 15 minute period when she dropped onto the Shopper Drug Mart floor and died.

SASKTODAY, a local paper in Saskatoon, tracked down a witness who was at the store that day to get more of the story. The witness wished to remain anonymous in fear of losing her job. This is what she said:

“People started screaming, people were crying, just about everybody that worked there was crying and freaking and hugging each other and just losing their [sh**].

They were saying in the store that it was about seven minutes, [after Pearce got the booster shot that she collapsed on the floor,] it wasn’t long at all before the ambulance was there.”

Both Pearce and her daughter Stephanie were vaccinated and proponents of the vaccine. As mentioned, Pearce’s daughter does not believe her mother’s death was from natural causes,

“I do not believe this was caused from natural causes. My Mom had no health conditions. I believe had she not gotten that Covid shot then she would be here with us today!”

Foster texted with her mother right after she got the booster, as she explained via her Facebook page, you can see the screen shot of her post below.

“My mom text me right after she got the shot to let me know she was waiting the 15 min and I text her back.”

Shoppers Drug Mart told Foster that “she dropped dead before she hit the floor.”

“It was right after then that they say ‘she dropped dead before she hit the floor’ in Shoppers Drug Mart!!!!! That is what the docs have told us,”

Below is our complete video report on this case, including discussion around a FOIA request done in Saskatoon that allude to vaccine injuries in the province.

The Canadian government maintains that there is a “very small chance” that people will experience rare, serious side effects from taking any COVID-19 vaccines, and that they are extremely safe and effective.

They stress that “only vaccines that meet the safety, effectiveness and quality standards of Health Canada are approved for use in Canada” and “the benefits of all COVID-19 vaccines continue to outweigh the risks of the disease.”

For example, three pathologists have published a piece in the journal, Archives of Pathology & Laboratory Medicine regarding their examination of autopsies conducted of two teenage boys who died days after receiving Pfizer’s COVID-19 vaccine.

According to the three pathologists, two of whom are medical examiners,”The myocardial injury seen in these post-vaccine hearts is different from typical myocarditis.” They concluded that the vaccine was the cause.

Another death was that of a 15-year-old boy who died six days after receiving his first dose of Pfizer product. The VAERS report (I.D. 1764974) states that the previously healthy teen ‘was in his usual state of good health. Five days after the vaccine, he complained of shoulder pain. He was playing with 2 friends at a community pond, swinging from a rope swing, flipping in the air, and landing in the water feet first. He surfaced, laughed, told his friends “Wow, that hurt!”, then swam towards the shore, underwater as was his usual routine. The friends became worried when he did not reemerge.

His body was retrieved by local authorities more than an hour later.’ The autopsy revealed ‘small foci of myocardial inflammation’, an adverse effect of these COVID products commonly found among children and youth, particularly young men.

Anecdotal evidence of people sharing what they perceive to be their COVID vaccine induced injuries has exploded on social media. There are multiple examples, Jab Injuries Australia is one of them, Jab Injuries Canada is another.

Below is one of the most recent examples, Regan Lewis, a nursing student from Grinnell, KS passed away on September 27, 2022. She died after she got the Covid shot for her nursing clinical at Kearney Regional Medical Center, in Kearney, NE. She was 20 years old.

The question is, how often are these deaths occurring, and at what rate? And how many are linked to the vaccine?

Cardiologist Dr. Aseem Malhotra is one of many in the field who have been concerned for quite some time about this situation. He was a very large vaccine proponent himself, until he began seeing adverse events that changed his perspective on how these products should be recommended to people..

Sure, it’s great to have a conversation regarding the benefits of these vaccines and what they have provided, but it’s disheartening to see that this is the only conversation that’s allowed to take place.

Many academics and journalists who provide legitimate information and evidence that challenge the ‘official narrative’ are being silenced. Mainstream is painting a black and white, one size fits all narrative, and seem to ignore all other evidence that suggests otherwise.

Vaccine Injury Reporting Systems from all over the world are recording a record number of vaccine injuries. Millions of adverse reactions, serious adverse reactions and deaths have been reported. But much of the time these reports are not investigated by health authorities.

“All along, we have been piecing together indirect evidence. It paints a picture of a devastating toll from vaccine injuries in the last year. No drug product in the past has been anything like this. Injuries from the worst vaccines have come in at a rate about 1/100 of the mRNA vaccines. Thalidomide maimed tens of thousands of babies compared to 1.4 million vaccine injuries and 30,000 deaths in the last year and a half, counting only those that were reported to VAERS, the CDC’s Vaccine Adverse Events Reporting System. The only comparable drug disaster was oxycontin, which led to about 20,000 overdose deaths in its worst year.”

Governments continue to maintain that these reporting systems do not prove any type of causation. This may be true in many cases, but the frightening thing is that the vaccine may be the cause for many, yet it is not being investigated.

What’s concerning is that in some age groups the COVID-19 vaccines may be more dangerous to recipients than a COVID infection itself. We know this already for children. Health authorities don’t necessarily agree with this position although they are starting to recognize the need for a risk/benefit analysis.

One of the latest examples of a poor safety profile for COVID vaccines comes from Dr. Peter Doshi, an associate editor at the British Medical Journal, Robert M. Kaplan from the Clinical Excellence Research Center, School of Medicine at Stanford University and colleagues.

They found the Pfizer and Moderna mRNA COVID-19 vaccines were associated with a 16 % higher risk of serious adverse events. The study was limited to analyzing trial data the companies submitted to the FDA and did not evaluate the vaccines’ overall harm-benefit.

Then, there are concerns such as this, as Dr. Marty Makary pointed out out twitter,

Another factor contributing to vaccine hesitancy are statements from high level scientists within federal health regulatory agencies themselves, alluding to fraud, data manipulation and the lack of science that has gone into studying the safety of these shots.

Researchers in Israel found that many serious side effects from COVID-19 vaccines were in fact long-term, including ones not listed by Pfizer, and established a causal relationship with the vaccine. Yet, instead of publishing the findings to the public, the Ministry of Health withheld the findings for nearly two months.

When it finally released in an official document, it misrepresented and manipulated the findings, minimized the extent of reports, and stated that no new adverse events (“signals”) were found. It further stated that the events that were detected were not caused by the vaccine, even though the researchers themselves said the exact opposite.

So, when it come to cases like that of Carol Pearce, it’s important we don’t dismiss them as having nothing to do with the vaccine. At the same time, it’s important to be open to the idea that it wasn’t. Overall, we should realize that there are concerns being raised and important safety signals being set off that are still not being discussed within the mainstream nor investigated by some governments.