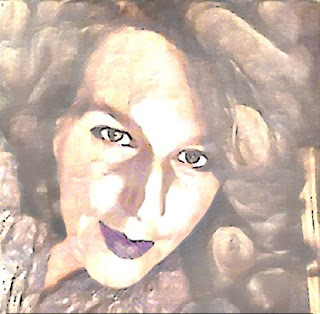 Mnuchin (formerly JP Morgan) described the “funds” as “unused” for the facilities and purposes for which they were appropriated… I am aware the Fed would be reluctant to “return” nearly 500 billion of seemingly “unused” “funds”, as said “funds” are supposed to be encumbered once upon a time. How interesting it would be to see the encumbrances (who, what, and for how long) placed on those funds by the Federal Reserve since they were set aside and during their seeming “unuse”. 🙂 …perhaps it will shadow even Geithner’s 100’s of billions in “TARP” (all pun intended) created as cover to settle the disgruntled “Chinese” for all the worthless Freddie and Fannie and et al paper they had… I spit out my coffee when I actually SAW Geithner on C-SPAN stomping his feet on the Hill because he wasn’t getting what he wanted and admitting that they were preventing his Treasury from keeping the ponzi scheme of *Freddie, Fannie, and Sallie going… everyone that the camera panned to, looked stunned… and then it was buried (at least until further use, lol)

Another interesting factor, is the “loop-hole” in the so-called “democratic process”…the electoral votes do not get cast until the middle of December, and they can be cast differently then the popular vote… and if there is no decisive winner on January 20th, the incumbent must leave the White House and, yes, the Speaker of the House takes the White House until a decision is made… Pelosi in the White House, lol…mamma mia!

Well, everyone needed to see what the private systems, from the global to the local, were truly designed for, down to the very last tool that could be thrown, for the private interests that believed that they owned those private systems and all the (beings) capital (fraudulently) placed within said private systems. As Caleb and others loved saying, “I’ll believe it when I see it”… ok, your wish is granted… and it serves the purpose of identifying the vulnerabilities in order for everyone to better create new systems that serve the highest interests of All.

Hugs, love, heartitude, and gratitude to All, by All, with All.

Nov. 19 (UPI) — The Treasury Department on Thursday asked the Federal Reserve to return unspent money allocated under the CARES Act to Congress, prompting criticism from the central bank.

In a letter to Fed Chair Jerome Powell, Treasury Secretary Steven Mnuchin said the lending facilities were successful in their goal, making it possible for corporations, consumers and state and local governments to borrow from private markets at reasonable rates.

“While portions of the economy are still severely impacted and in need of additional fiscal support, financial conditions have responded and the use of these facilities has been limited,” said Mnuchin.

He added that he was personally involved in the drafting of the legislation and believes Congressional intent was to have the authority to originate new loans or purchase to expire on Dec. 31.

“As such, I am requesting that the Federal Reserve return the unused funds to the Treasury,” Mnuchin said.

The Fed responded to the decision in a rare public statement on Thursday.

“The Federal Reserve would prefer that the full suite of emergency facilities established during the coronavirus pandemic continue to serve their important role as a backstop for our still-strained and vulnerable economy,” the central bank said.

Earlier this week Powell said that “the next few months may be very challenging” despite positive news surrounding the delivery of an effective COVID-19 vaccine.

“The Fed will be strongly committed to using all of our tools to support the economy for as long as it takes until the job is well and truly done,” he said. “When the right time comes — and I don’t think that time is yet or very soon — we’ll put those tools away.”

He also said the Treasury chief would be able to use other funds or receive additional funding from Congress in “the unlikely event that it becomes necessary in the future to reestablish any of these facilities.”