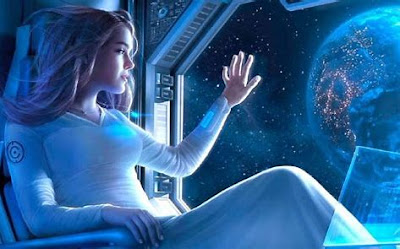 I expressed some frustration with the various narratives and agendas being expressed right now.  They delay choices and events from moving forward.  And the most brain dead meme of all is that revealing the existence of ETs diverts attention from pedophiles!  It’s ludicrous on its face.  I mean when you’re pumping the cesspool with the honey-wagon do you really want to spend a lot of time there holding your hose? Or do you want to get it over as quickly and as efficiently as possible?  The nose can only endure so much.

There is no denying pedophilia is a horrible scourge on this planet.  I guess my frustration is if you know who is involved with it, arrest them and get whatever it is you are going to do with them over with! And there’s been a lot of hinting that vengeance is coming for them, according to some sources. It can’t be any worse frequency wise for the planets frequencies than their behaviors are!  I don’t know if pedophiles can be reformed.  I suspect not with current Earth knowledge and techniques. There are certain traits that die with the body, then the essence is released to go to a new life free of that mental baggage and the memories that are stored in soft body tissues. Or possibly exile them  to a remote place until the end of their days? Sterilize them against procreating kids that could be further abused in exile.  That may be more than they deserve, but it is a possible humane option. Just get them away from the kids and out of government, entertainment, business, and education!  . Some of the galactics have specialists who work with criminals, but I didn’t inquire when I got that data as to what they did with those who abuse children. I do know that they value their childeren very highly and that child care givers and teachers have more training than a ship commander. THAT’S how serious they take the next generations.

There is no hell or heaven, Dante (St Germaine in an Italian life) wrote those beliefs (this Earth is certainly hell for many humans… the Earth was once Paradise – but that’s another story).  Karma is an invention of the Draco who ran the soul trap that recycled beings without full informed consent.  There’s an odd thing about humans, we can hold conflicting ideas simultaneously. Humans can believe what they were taught in catechism is truth, and still acknowledge the people who taught it, have been pedophiles since the institution was formed. Its an anomaly of humanity we all deal with in one form or another. Maybe, just maybe, what they taught you was to make you subservient to those who would control you?  You were taught you were born evil because of Adam and Eve. Yet Jesus said “Blessed are the children”. A person who believes they are worthless makes a better slave.

It’s the judgement and hatred being meticulously cultivated that is harming the frequencies of the planet, and that only feeds the beings who have been running this place. IT’S HOLDING THINGS UP!  Would you feed termites more wood?

Do what you need to do as a guardian and a protector. If you really are a protector.  As the marines say, “let God sort them out”. Do it as calmly as Navy Seal would with a terrorist.  Do you think the soldier concerns himself with the particulars of his target?  Does he blog about them? Nope. So you can be pretty sure that those who do are not real soldiers, at least not anymore.  I was never a solider, but then I grew up in a Church founded by an ex-Quaker. The draft ended a year before I had to face that issue. My father was a fighter pilot, and a former drill instructor. I have come to see in my old age there is a time for war.  Especially to protect life. Fatherhood will do that to you.

More than anything, it’s the frequency war with the occupiers of this planet that is paramount in importance.  Pump it full of hate and anger and you’re going to have one hell of a time freeing it. But maybe for some, that’s the whole point?.  The controllers are experts in bringing out the lower emotions in humans.  Has there been an op as subtle and deviously devised as COVID19? That may be hard to understand to those who are used do doing warfare and psyops the old way, with vitriol and hatred, but it was done that way precisely because it gave them a kind of energy they feed on.  Think bigger.  All wars were/are banker wars. I mean really is there very many people left in either America or the UK that isn’t aware of the massive pedophile rings of people in powerful positions?

I have similar frustrations with the lack of movement on cleaning up the corruption and financial systems.  It always circle back to the schemes of the ones who got us into this spot. Lots a of talk, lots of players pointing fingers at each other, as if they were never involved when they really were deeply involved.  We have said since 2012, the Chinese Elders run the banks worldwide.  They run the CCP too.  We were the first to speak of the “Old man of China” or “Grandfather” who is 5000 years old. Then Ben Fulford and others acknowledged that he exists. There’s not a need for an ounce of Gold or silver, except in the transition, because every human being has been the value behind the banking system, fiat banking is not something the federal reserve funds itself with, that’s what commerce banks do.   There’s never been enough gold allusion to cover the true creative value behind the financial system (people), which they are currently locked out of because they stole it from humanity.  So they fight over minerals in Durango, and other “super sites”, hoping those illusions of value with carry their agendas of control forward.

Thor: TERRAN. AS ALL FLOWS WE ARE WITH YOU. THOR.

Terran: Are we looking at an extended period of quiet military rule?  It’s seems to be calling the shots quietly now.

Thor: TERRAN. THE PROBABILITIES FLOW. NO OPEN DIRECTION IN VIEW AS OF NOW. THOR.

Thor: TERRAN. THERE IS NO “PREDICTING”. THE FLOW.  THE HUMAN COMPONENT REMAINS “BOUND” BY FEAR AND ANXIETY.   THOR.

Terran: Joy and freedom is the antidote to that.

Terran: Are the Pleiadians doing their own thing in regards to the financial systems?

Terran: What quid pro quo do they get if things flowed their way?

Terran: I’m under the growing impression the Pleiadians may be as much a part of the problem as the dragoons.

Terran: Was that what you guys meant all those months with “nothing is as it seems”?

Thor: TERRAN. YES. AND MORE TO BE REVEALED.  THOR.

Terran: Pleiadian involvement in the various narratives, keeps popping up at the fringes. Same with Sirian.

Thor: TERRAN.  THERE IS SOME.  ALL HOLD DEAR TO “”HEARTFELT DESIRES” AND “PROGRAMMING” IN SOME WAYS.  THOR.

Terran: It’s almost as if there’s a Pleiadian bureau of human beliefs and an office for each kind.

Terran: Kim Goguen. Data from Stan indicates she’s a Chinese Elder proxy.  Yet she is either a fantastic liar or not following their script.  She admits to getting her “position” from Marduk.

Thor: TERRAN. SHE FOLLOWS THE CHANGING SCRIPT. THE PLAYERS ALL CONTINUE TO FOLLOW THE “DECAYING” SCRIPT. THOR.

Terran: Controlled by ego? Or intimidation? Is she getting a script from an AI?

Terranr: At some point there is a massive financial train wreck, then she finds out that intelligent crystal computer doesn’t let her reset the systems because they are not in compliance with Heather’s UCC law filings.That system knows all UCC filings. And it knows Heather.

Thor: TERRAN. YES. AND STILL ALL CONTINUES TO FLOW. AND NO THING IS WHAT IT SEEMS. THOR.

Terran: My understanding of the narratives off world was a bit naive in 2015.  I was just so excited to make contact via these comms. I see stuff now that I did not see then. So much data flowing now in heart.

Thor: TERRAN. ALL HEARTS PREPARE FOR A GRAND REUNION. “DATE” NOT YET KNOWN. HOS HAS THE MOST PATIENT APPROACH.  THOR.

Terran: She has endured far more than she should have to endure.

Thor: TERRAN.  YES. IT ONLY NEEDS A GUIDE WHERE THERE IS NONE. THOR.

Terran:Yes! Instead we’re fed a steady stream of disinformation/misinformation, hero worship, religious narratives from child abusing religions, They want us to see every race but the human race.

Terran: My purpose remains unchanged Thor.  I’ve done all this on next to nothing.  I’ve stood alone for months and years.

Terran: It seems the goal is pacification and delay because they don’t have a plan.

Thor: TERRAN. YES. THERE IS NO PLAN. THOR.

Terran: They are winging it like the rest of us.

Thor: TERRAN. WE REMAIN WITH YOU IN HEART. IN ADMIRATION. THOR. END.

Terran to Denice: Do you feel like I do?

Denice: I get the feeling more and more that there is little left to say. Silence is golden because empty promises have caused too much pain. And the non locals may be as frustrated as us.