If it seems like this summer has brought about food recall after food recall, well, you’re not wrong. A great many products have been pulled from shelves in the past few months, most of them vegetables. It seems that foodborne illness is on the rise, in general. [1]

About 1 in 6 Americans is struck down by food poisoning each year, according to the U.S. Centers for Disease Control (CDC). The agency estimates that 48 million Americans are sickened due to 1 or another of 31 pathogens. Foodborne illness lands 128,000 people in the hospital every year and claims the lives of 3,000 annually.

Worldwide, nearly 1 in 10 people fall ill as a result of eating contaminated food, and 420,000 die because of it, according to the World Health Organization (WHO).

Foodborne Illness on the Rise

The CDC receives “about 200 illness clusters” to evaluate each year, says Matthew Wise, deputy branch chief for outbreak response at the agency. These clusters are considered “potential outbreaks,” according to Wise.

“Outbreaks are the very, very, very end of a long process.”

Investigating a potential outbreak is a multifaceted process. Evidence must be collected to rule in or out the presence of an illness-causing pathogen. Those who may have been affected must be identified, contacted, and interviewed. The CDC coordinates the investigation, but most of the investigating itself is performed by state health departments.

Fortunately, of the approximately 200 illness clusters reported to the CDC each year, only about 15 of them turn out to be true outbreaks.

However, as of mid-July 2018, the CDC had declared 13 multi-state outbreaks so far for the year. The year is only half-over.

Some types of food poisoning appear to be on the rise. Preliminary data from the CDC’s FoodNet report suggests that some of them have risen dramatically.

“The overall number of Campylobacter, Listeria, Salmonella, Shigella, Vibrio, and Yersinia infections diagnosed … increased 96% in 2017 compared with the 2014-2016 average.”

It looks horrible on paper (or on a computer screen), but the sharp increase isn’t altogether bad. 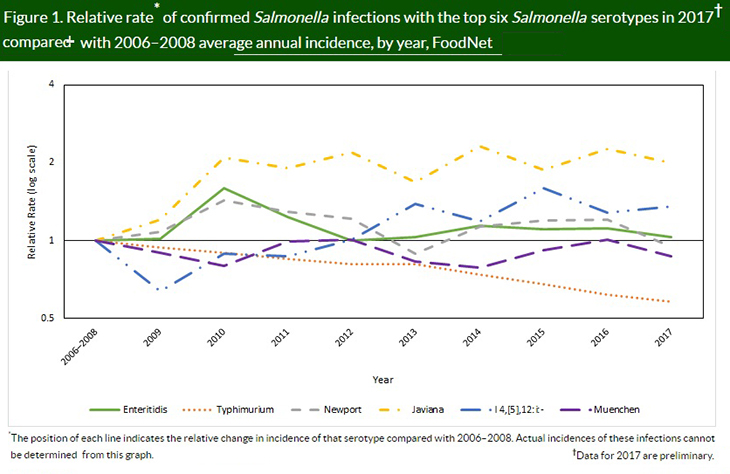 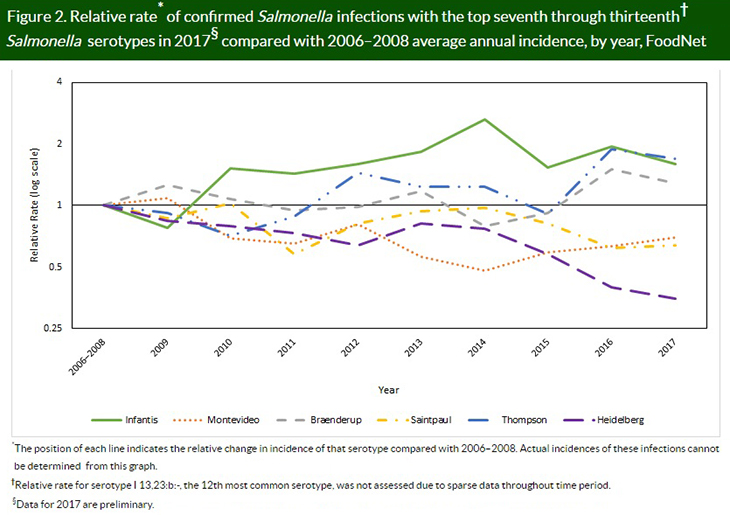 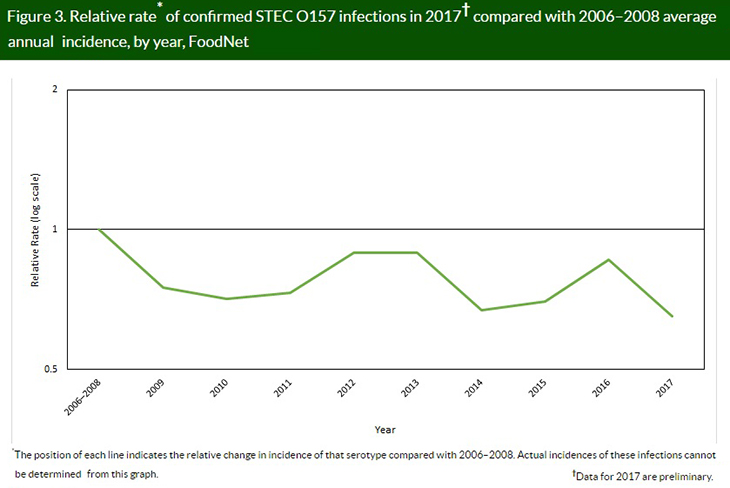 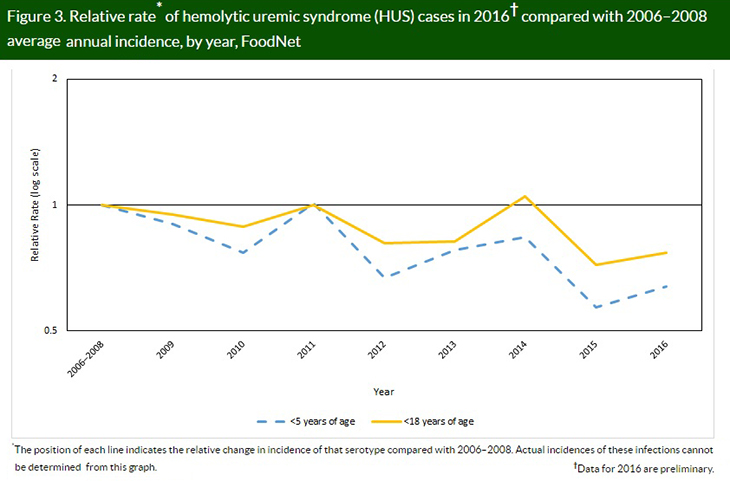 According to Catherine Donnelly, a professor of food science at the University of Vermont, the dramatic rise in Campylobacter, Listeria, Salmonella, Shigella, Vibrio, and Yersinia may be partly due to improved tools for detecting food contamination and for outbreak surveillance.

In other words, incidents of food poisoning caused by these pathogens may not be increasing at such an astonishing rate, as the data appears to suggest at first glance. Rather, officials are simply doing a better job of detecting them.

Listeria on the Rise: How to Fight Bad Bacteria in Your Food

Yet, there is no doubt that foodborne illness is on the rise, and it is being partly driven by imported food.

About 90% of the seafood consumed in the United States is imported from other parts of the world. It is nearly impossible to monitor the safety of such massive amounts of food, so a good bit of contaminated food slips under the radar and makes its way to Americans’ dinner plates. [2]

Another thing that is increasing is the proportion of Americans considered to be at risk for foodborne illness. The problem is that many people don’t realize it, nor do they understand why they may be at risk. [1]

Having a Certain Health Ailment Could Mean an Increased Risk

“Pregnant women, the elderly, and persons with suppressed immune systems due to cancer treatment, diabetes, liver and kidney disease are just a few examples of conditions that increase the risk for foodborne illness. Young children are also vulnerable to developing serious illness from foodborne disease.”

Diabetes represents only 1 population more at risk for foodborne illness.

There is also a link between outbreaks of foodborne illness and seasonal and environmental factors. [1]

Donnelly explained that more foodborne illness outbreaks occur in the summer when people are more likely to leave food unrefrigerated and uncovered, such as during picnics and barbecues. Flooding from storms has also been implicated in fresh produce outbreaks, while Vibrio illness linked to eating oysters may occur due to rising ocean temperatures.

“We have too much foodborne illness. It’s largely preventable. There’s a lot that has been done to reduce risk, and there’s a lot more that can be done.”