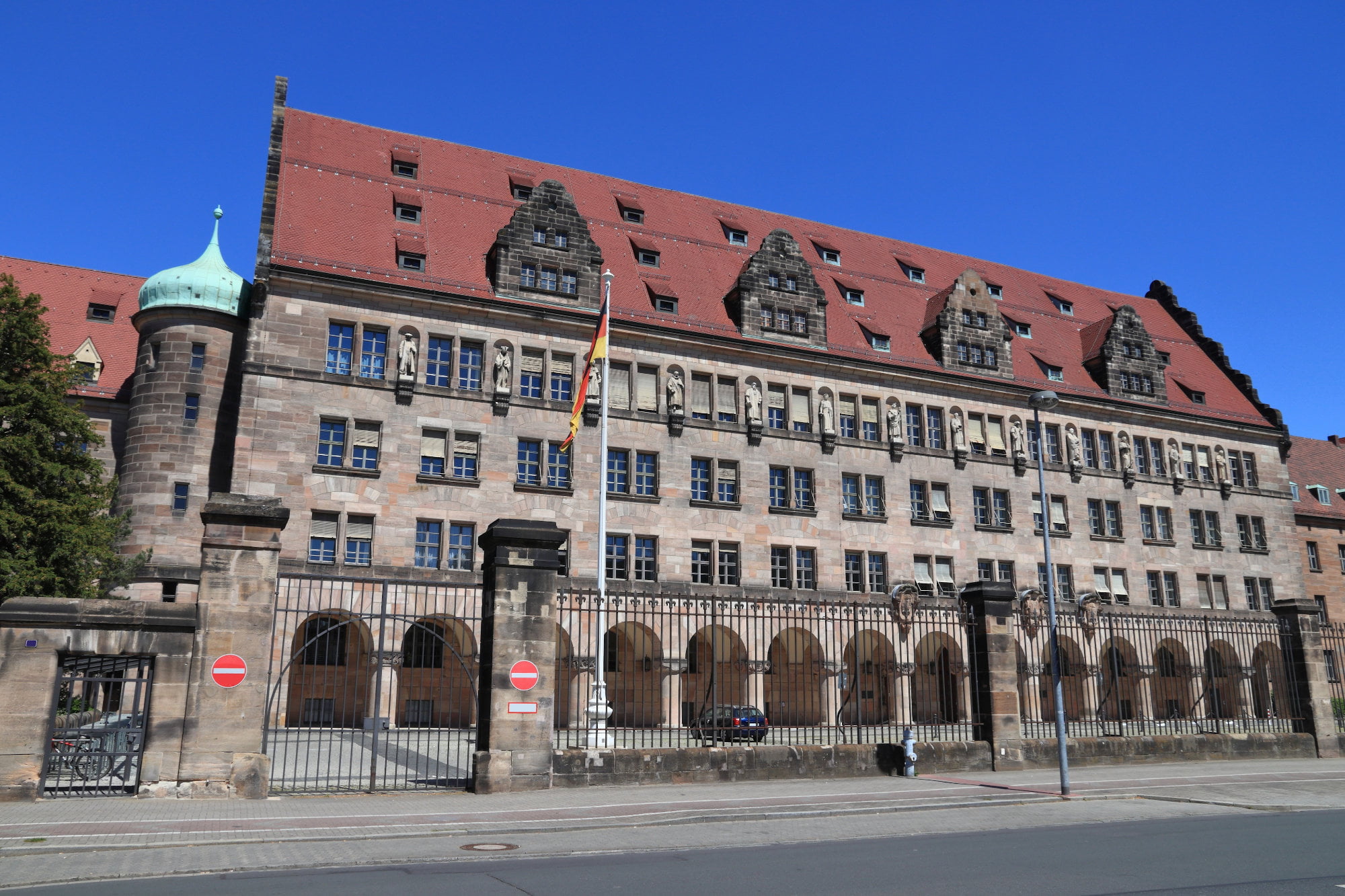 Published on February 24, 2021 in Principia-Scientific International
Written by Jean-Michel Grau 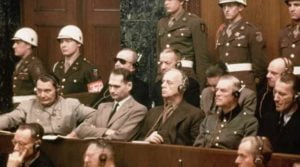 Right now, a second Nuremberg tribunal that is in preparation, with a class action lawsuit being set up under the aegis of thousands of lawyers worldwide behind the American-German lawyer Reiner Fuellmich, who is prosecuting those responsible for the Covid-19 scandal manipulated by the Davos Forum.

According to Reiner Fuellmich, all the frauds committed by German companies are derisory compared to the damage that the Covid-19 crisis has caused and continues to cause. This Covid-19 crisis should be renamed the “Covid-19 Scandal” and all those responsible should be prosecuted for civil damages due to manipulations and falsified test protocols. Therefore, an international network of business lawyers will plead the biggest tort case of all time, the Covid-19 fraud scandal, which has meanwhile turned into the biggest crime against humanity ever committed.A Covid-19 commission of enquiry has been set up on the initiative of a group of German lawyers with the aim of bringing an international class action lawsuit using Anglo-Saxon law.
Here is the summarized translation of the last communication of Dr. Fuellmich of 15/02/2021:

“The hearings of around 100 internationally renowned scientists, doctors, economists and lawyers, which have been conducted by the Berlin Commission of Inquiry into the Covid-19 affair since 10.07.2020, have in the meantime shown with a probability close to certainty that the Covid- 19 scandal was at no time a health issue.  Rather, it was about solidifying the illegitimate power (illegitimate because it was obtained by criminal methods) of the corrupt “Davos clique” by transferring the wealth of the people to the members of the Davos clique, destroying, among other things, small and medium-sized enterprises in particular. Platforms such as Amazon, Google, Uber, etc. could thus appropriate their market share and wealth.”

Status of the Covid-19 Committee investigationa. Covid-19 as a diversionary tactic by corporate and political “elites” in order to shift market share and wealth from small and medium enterprises to global platforms such as Amazon, Google, Uber, etc.b. Contribution of the Audiovisual Tax to the reconstruction of a new media landscape that offers truly independent informationc. Making regional agricultural structures secured. Making a secure regional currency to prevent a new currency from coming “from above” to be allocated in the event of good behaviour.e. Psychological considerations of the situation: how did it come about?Actions for annulment of the approval of a vaccination, filed against the European Commission, trial in New York of the status of PCR tests, German trials, Canadian trials, Australian trials, Austrian trials, trials at the International Court of Justice and the European Court of Human Rights.“We have seen what has been confirmed time and time again: the degree of danger posed by the virus is about the same as that of seasonal flu, regardless of whether it is a new virus (wholly or partially manufactured) or whether we are simply dealing with a flu renamed “Covid-19 pandemic”. In the meantime, Drosten’s PCR tests cannot even tell us anything about contagious infections. To make matters worse, the health and economic damage caused by anti-covid measures has been so devastating that we have to speak of a level of destruction that is historically unique. »“The fact that health has never been an issue is particularly obvious, except that injections of genetically experimental substances disguised as “vaccinations” are now cauing serious damage, including fatal consequences, on a mass scale. The world population has been used as guinea pigs for these experimental gene injections both gradually and extremely rapidly. In order to plunge the population into panic, dangerous and harmful containment measures (even according to the WHO) of compulsory, unnecessary and dangerous mask-wearing and social distancing, unnecessary and counterproductive, were introduced. The population was thus “ready” for the injections.”“In the meantime, more and more people, not just lawyers – and rightly so – are demanding, in addition to an immediate end to these murderous measures, a judicial review by a truly independent international tribunal on the model of the Nuremberg trials. An example of such a demand and a moving excerpt from a speech by the English doctor Dr. Vernon Coleman can be found at the following link:

In addition, an interview with a whistleblower at a Berlin nursing home shows that out of 31 people vaccinated there, some of them by force, in the presence of Bundeswehr soldiers, and who tested negative before the vaccination, 8 have now died and 11 are subject to serious side effects.”

To fully understand what is at stake with this new Nuremberg tribunal to judge the biggest tort case of all time, it is by pulling the thread of Dr. Drosten’s lie for falsifying the PCR testing protocol on behalf of the Davos clique, that everything will come to pass:  the sponsors of the financial oligarchy, Klaus Schwab, the great architect of this gigantic hostage-taking, the politicians at the head of the EU, the armed arm of the execution of Drosten’s and WHO directives that led all Western governments yesterday to take the devastating decisions of containment, curfews, compulsory mask-wearing and social distancing, and today of lethal vaccines for the oldest among us.“It is these truths that will bring down the masks of those responsible for the crimes committed. To the politicians who have had faith in these corrupt figures,” says Dr. Fuellmich, “the facts presented here are the lifeline that will help them to set the record straight and begin the much- needed scientific debate to avoid going down with these criminal charlatans.In the light of the latest communication by Dr Fuellmich, two proposals from an extraordinary meeting in February of 2021 from the Covid Committee in Berlin are of particular interest:Firstly, the way in which the food supply can be secured, which seems somewhat surreal given the current situation. According to Klaus Schwab’s planning for the Davos Forum, this is not the case.  He has predicted a break in the food chain from the end of the second half of 2021.Secondly, the creation of regional currencies. There, it is clear that the Covid Committee of Berlin already anticipates the world stock market crash which is coming and which the financial oligarchy of the Davos Forum intends to take advantage of to set up the European digital currency in the expectation of a world currency to create a Chinese-style social credit on which the middle class of all the peoples ruined by the closure of their businesses, small and medium-sized industries and enterprises, cultural and tourist industries, sports facilities, etc. will become dependent.These two aspects alone of the hostage-taking 2.0 of which the Western world has been a victim for almost a year should logically be sufficiently motivating to make us understand definitively that we are faced with a “populicide” that only asks to crush us if we remain inert, arms dangling without doing anything.This is why each of us should do everything we can now to ensure that this international legal coalition can become operational as soon as possible. Our survival is at this price as well as the future of our children.

The Fourth Industrial Revolution, finally, will change not only what we do but also who we are. It will affect our identity and all the issues associated with it. Speaking at a virtual meeting of the environmental charity Conservation International the other day, Prince William slipped in a codeword to tip his hat to the […]

One of America’s most secret intelligence agency Deagel forecasts in its latest report, the depopulation of the world because of the COVID-19 crisis and the Great Reset. Deagel states that the formerly known as second and third world nations are an unknown at this point. Their fate will depend upon the decisions they take in […]

(Michael Haynes) A host of global leaders issued a call for a global pandemic treaty, purportedly in order to prevent future pandemics, distribute vaccinations, and implement a unilateral approach to global governance.

(Leo Hohmann) Few are aware of it but the digitalization of the human race is advancing at break-neck speed.

The post Get Ready to Become a ‘Digital Asset’ of the Globalists’ Great Reset appeared on Stillness in the Storm.

The post Covid – to Governors Who Are Re-opening Your States – How to Defeat the Attacks Against You appeared on Stillness in the Storm.