The post Carbon Dioxide is Making The World Greener (w/ Freeman Dyson, Institute for Advanced Studies) appeared on Stillness in the Storm.

About 90% of all lung cancers are caused by cigarette smoking. Smoking kills 7 million people a year, speeds aging, destroys the heart and cardiovascular system, and leads to asthma and COPD. But cigarettes don’t just wreak havoc on the human body; they also wreak havoc on the environment through deforestation, pollution, and littering. [1] [2]

In May, the World Health Organization (WHO) released a study detailing the environmental costs of tobacco, adding to the mind-blowing $1.4 trillion in healthcare costs and lost productivity. The report looks at the immediate environmental damage caused by tobacco consumption, as well as “the post-consumption waste and health implications that continue to play out long after the tobacco has been smoked.” [3]

A few of the main take-aways from the report: 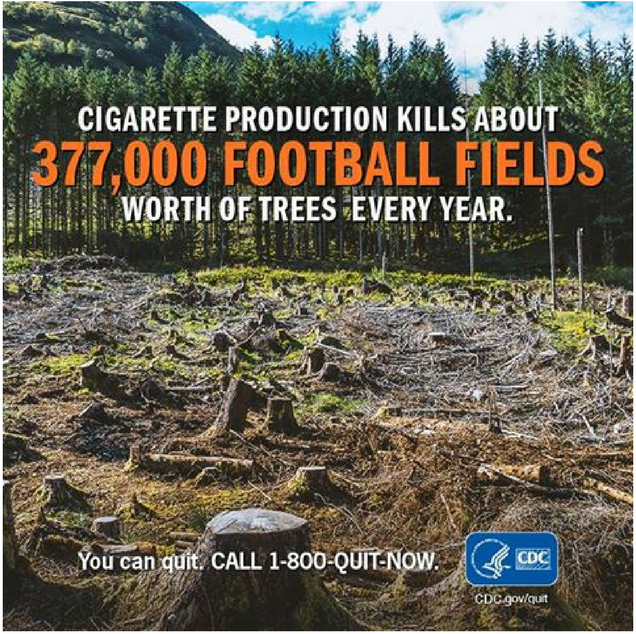 As if that’s not disgusting enough, the planet is littered with millions of kilograms of non-biodegradable cigarette butts.

Pollution aside, tobacco is a drain on the world’s resources, including energy and water, and requires the extensive use of harmful chemicals. [2]

“From start to finish, the tobacco life cycle is an overwhelmingly polluting and damaging process.” [4]

Mammoth amounts of insecticides, herbicides, GMOs, fungicides, and fumigants are applied to tobacco plants. Many of these products are so harmful to health and the environment that they’ve been banned in some countries.

The WHO is calling on world governments to work toward controlling tobacco pollution by enacting measures such as banning tobacco marketing and advertising, promoting plain product packaging, and making all public spaces and workplaces smoke-free. [3]

World health experts are also urging governments to implement tobacco taxes. It is one of the least-used tobacco control methods, but raising tobacco taxes and prices is remarkably effective, according to Dr. Oleg Chestnov, the WHO’s Assistant Director-General for NCDs and Mental Health. 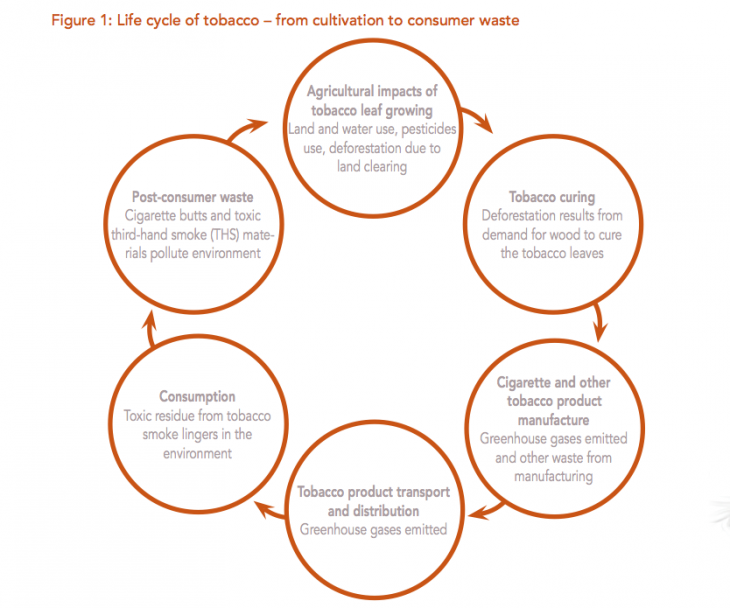 At the moment, governments rake in about $270 billion in yearly tobacco excise tax revenues. But the WHO says this could increase by more than 50% to bring in an additional $141 billion by simply increasing taxes on packs of cigarettes by $0.80 a pack.

Additionally, the WHO wants to make it mandatory for tobacco companies to supply information on the amount of environmental damage their operations contribute to. At the moment, some large manufacturers do report on their use of environmental resources and waste streams, but ‘the data is limited and opaque.” [4]

“All producers should be required to compensate for the environmental harms caused by deforestation, water use, waste, etc. through offsets in order to ultimately reduce the long-term ecological harm their business causes.” [4]

Read: Tobacco Industry Forced to List Ingredients in their Products

“By taking robust tobacco control measures, governments can safeguard their countries’ futures by protecting tobacco users and non-users from these deadly products, generating revenues to fund health and other social services, and saving their environments from the ravages tobacco causes.” [3]