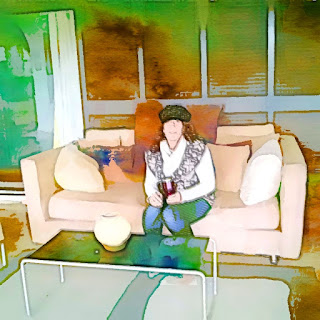 When all is shown and known, no “spin” can stick, and all fabricated “boogeymen” dissolve before they can solidify

*NK [North Korea] is a great example of what lack of transparency garners… that little letter to President Trump? even the fabricated “boogeymen” are ready for a new experience…

*US is a great example of what lack of transparency garners

*[…] is a great example of what lack of transparency garners

…what prevents transparency? fear of being seen?  fear of judgment? fear of not being accepted? fear of …?

…all put the “big boy/girl panties on”…or not, lol… get ready as allllllllllllll the results of “clean up or be cleaned up” are now made visible to all 🙂

After protests from multiple media organizations, public relations officers at Naval Station Guantanamo Bay have dropped their request for reporters to sign a new set of rules as a precondition for attending military commission proceedings.

Reporters must still sign Defense Department ground rules that have been in place since 2010.

MILITARY OFFICIALS at Guantanamo Bay have drafted restrictive new rules for journalists visiting the naval base that require journalists to agree to have all their interviews vetted and supervised by public affairs officers.

The policy was handed out this week to journalists, including one from The Intercept, who were asked to sign and return it within as little as 26 hours if they wanted to attend military commission proceedings in the coming weeks.

“[Journalists] may not participate in any activity related to their work, including any news or information gathering activity, if they are not accompanied by a designated public affairs escort and have that escort’s explicit consent,” the policy reads. It also requires reporters to submit audio recordings of interviews to be “screened prior to upload into any laptop and prior to release.”

The policy could significantly limit the public’s understanding of what goes on at Guantanamo Bay, which still houses 40 detainees, and where the military commissions system has struggled through years of pretrial motions for the alleged perpetrators of the 9/11 attacks.

A coalition of news organizations, including the New York Times, the Associated Press, and First Look Media   The Intercept’s parent company   sent a letter Friday objecting to the rules on First Amendment grounds and asking that their implementation be postponed. The letter was written by David McCraw, the deputy general counsel of the New York Times.

“As part of their constitutionally protected news coverage of the Military Commissions, journalists will at times carry out interviews with defense lawyers, 9/11 victims, and others,” the letter says. “Now,  by essentially authorizing government surveillance of those interactions, the new regulations impose an unacceptable restraint on press freedom.”

J. Overton, a public affairs officer at Naval Station Guantanamo Bay, told The Intercept by phone that the rules applied generally to the Naval Station, but would not apply to reporters at the Office of Military Commissions, which in 2010 developed its own set of rules that was negotiated between Pentagon officials and members of the press.

“Some of the operational security things, about when we have ships in, that sort of thing   those are not necessarily covered in the Office of Military Commissions ground rules. This is not meant to replace those,” Overton said. Asked why the Naval Station rules were so restrictive and included review of audio recordings, he replied: “It just is.”

Overton also denied that the rules were new, saying that in the past their enforcement had “fallen through the cracks.”

Ronald Flesvig, a public affairs specialist for the Office of Military Commissions (OMC), told The Intercept by phone that he does not agree with the new rules, and that his office “pushed back” when the naval station asked him to enforce them.

“I would also be concerned if I was a media member on those rules. Once again, OMC doesn’t require this. I certainly won’t do that,” Flesvig said. “When it comes to a civilian attorney talking to a civilian media member, there is no way that I’m going to stand there and monitor that unless they ask me to be there. This is a naval station requirement.”

Asked whether a naval station press officer could still supervise interviews, Flesvig referred the question to the naval station public affairs office. “I said I’m not going to enforce that rule,” Flesvig said. “There’s no way. I think that’s a First Amendment infringement and I’m not going to do it.” Flesvig also said his office would not screen audio files from reporters.

David A. Schulz, a senior attorney at the Ballard Spahr law firm who has represented news organizations in public access fights at Guantanamo, told The Intercept that the new rules are troubling because they appear to require journalists to sign away constitutional protections as a precondition of entering the facility.

“The new ground rules require reporters to permit the government to eavesdrop on all their conversations as a condition of entering the naval base to report on military commission proceedings,” Schulz said. “This significantly restricts their constitutional rights without any explanation for the change and no apparent need to revise long-standing practices.”

Reporting and access restrictions for journalists at Guantanamo Bay are nothing new. Journalists have never been allowed to interact with detainees, and the 2010 ground rules from the Office of Military Commissions prohibit reporters from accessing and photographing certain sites. Journalists also must submit pictures and videos for a “security review” before they can leave the base. But journalists have not previously been required to seek preapproval from public affairs officers before conducting interviews.

Nevertheless, the new Naval Station rules state that “interviews with base residents, visitors, and guests must be coordinated through the Public Affairs Office.” The letter from the Times and other news organizations singles that rule out as especially objectionable. “Such a breathtaking level of government oversight, both for journalists and for persons who wish to speak to journalists, exceeds any legitimate interest that the Naval Station may have.”

This article was updated to include comment from Ronald Flesvig, a public affairs specialist for the Office of Military Commission