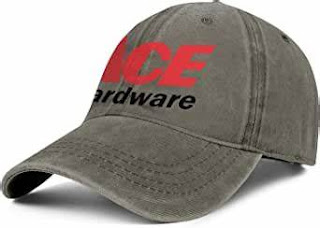 This is not anything particularly earthshaking, or revelatory.  Just a short story of something I experienced while doing ride share driving.  I meant to post this earlier but have been too busy working.  August was kind of a lean month. So I had to work my side gig more than usual.

Ever wondered what piece of a cosmic message you might be carrying for someone?  What effect you may have had, yet you have no idea of what role you played?
Well… here’s an example, and I truly don’t know why this all happened or why I met this young man, I found it all rather amusing so I just flowed with it.  Hats have been coming up a lot in the flow this month, which is probably not surprising given all the online talk of “white hats”, “black hats” and “grey hats”.

I’ve had this hat in my car. It’s says ACE Hardware on the front. I don’t know who left it. It’s a brand new hat. It’s been riding in the left front passenger seat for over a week. Thought maybe I’d find a good ol boy passenger to give it to.

One of the last rides tonight was a guy who looked a lot like my friend from Morocco, Caleb, same kind of hair and build.

He got in and I checked the app for the customer name. The name was Ace. I had forgotten about the baseball cap.

“Is your name really Ace?” (A lot of people use pseudonyms on these ride apps). “Yep I’m Ace”.  I smelled a faint skunk smell and assumed I had just driven over a dead skunk which is not uncommon in Texas.  Ace laughed and said “I’m just your average Texas hippie, its probably the ‘herbs’ in my backpack”.  I wasn’t sure if he meant herbs in the Bob Marley sense, or if he really did have herbs.  He seemed to be a cook.
I asked, “Do you have an Ace up your sleeve?”  Ace replied “I do! But usually people tell me I’m Ace the Hardware Place”.
Then I remembered the hat on the seat to my left.   I said “wanna a hat?” “Sure, is it from Ace Hardware? “ he replied. I said “Indeed it is and I have no idea where it came from! But its clearly meant for you!”

So he joyfully took the hat chuckling and said “wow how syncy-dink is this?”.

So I drove him from his restaurant job in downtown Austin for 18 minutes to South Austin.  He thanked me for the ride. got out, and he was wearing the hat as he trotted off with his long gangly gait to his apartment.