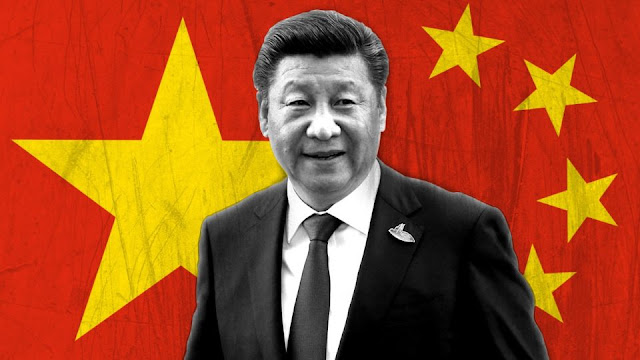 Xi needs no help splitting/ruining China… he does it so efficiently on his own…and his Ancestors and family “throw him under the bus” now… with even more enthusiasm than those that threw Parker Still under the bus… no more cushioned “landings”… and Xi, et al’s “…everlasting confusion is never forgotten.”

My eternal love, compassion, gratitude, and heartitude to all and for all, all ways always.

Chinese President Xi Jinping raised the specter of a violent crackdown on protesters against the Communist government, as Beijing rebuffs international condemnation for human rights abuses.

“Anyone attempting to split China in any part of the country will end in crushed bodies and shattered bones,” Xi said Sunday, per state-run media.

That warning was issued from Nepal, where thousands of Tibetan Buddhists have taken refuge from Chinese Communist rule. But the blanket threat is likely a message to the protesters in Hong Kong and Western-allied leaders of Taiwan, whom Chinese officials regard as “separatists” and advocates of “secessionism” from the mainland government.

“And any external forces backing such attempts at dividing China will be deemed by the Chinese people as pipe-dreaming,” Xi also said.

Hong Kong has been rocked by protests for months, as dissidents were outraged by the Beijing-backed local government’s attempt to pass an extradition bill that would allow mainland Chinese authorities to take custody of Hong Kong residents based on flimsy evidence. The proposed bill tapped into deeper suspicions that China is trying to undermine the autonomy that was promised to Hong Kong when the United Kingdom relinquished sovereignty over the former colony in 1997.

“We’ve seen over two million people come to the streets standing up for freedom, standing up for democracy, and standing up against the oppression of the Chinese Communist regime,” Republican Texas Sen. Ted Cruz said Sunday while traveling in Hong Kong. “I think it is very much in the United States interests to support the people of Hong Kong. I’m here, I’m dressed in all black standing in solidarity with the protesters.”

Chinese authorities have accused the United States of orchestrating the protests, but local activists have been pleading for American support for months.