Women who struggle to fall asleep or who have other sleep problems are at an increased risk for high blood pressure. In fact, it only takes mild sleep problems for a “significant” increase in hypertension risk, even if women are able to sleep a healthy dose of 7-9 hours. [1]

As many as 50 to 70 million Americans have a sleep disorder and up to 30% of Americans occasionally struggle with insomnia, according to the American Sleep Foundation (ASF).

In a statement, lead author Brooke Aggarwal, a behavioral scientist in the department of medicine at Columbia University Vagelos College of Physicians and Surgeons, called those estimates “concerning, since studies have shown that sleep deprivation and milder sleep problems may have a disproportionate effect on cardiovascular health in women.”

Aggarwal and her team became determined to investigate the ASF’s claim that women are more likely than men to have trouble falling and staying asleep and to experience more daytime sleepiness.

To study that claim, the researchers examined the blood pressure measurements and sleep habits of 323 healthy women aged 20 to 79. They found that mild sleep disturbances such as poor-quality sleep, difficulty falling asleep, and insomnia were nearly 3 times more common than severe sleep disturbances like obstructive sleep apnea. [2]

In addition to being considerably more likely to have high blood pressure, women were also more likely to see an elevation in a pro-inflammatory protein that is common in the development of cardiovascular disease. [1]

Similarly, the authors found an association between this inflammation and mild sleep disturbances.

“Relatively mild sleep disturbances such as poor sleep quality, prolonged time to fall asleep, and insomnia are associated with increased blood pressure and vascular inflammation in women, even in the absence of sleep deprivation.” [2]

“It may be prudent to screen women for milder sleep disturbances in an effort to help prevent cardiovascular disease.”

And based on the findings, it may be prudent for women with even mild sleep problems to see their doctor – especially since sleeping too much or too little has also been linked to a sharply increased risk of high blood pressure.

The findings are published in the Journal of the American Heart Association.

In a recently published study, scientists warn that new guidelines for high blood pressure would send the number of people considered hypertensive soaring. [1]

New guidelines released by the American College of Cardiology and the American Heart Association have lower values for what is considered high blood pressure, and a lower threshold at which hypertension medications would be recommended.

When researchers from the Yale School of Medicine analyzed nationally representative data from adults aged 45-75 in the United States and China, they realized that if both countries adopted the new guidelines, more than half of those in that age group would be considered hypertensive and would be prescribed a blood pressure-lowering medication.

But the authors noted that the study only looked at one age group, so potentially millions more people might also be considered hypertensive and in need of treatment.

Drawing Conclusions from the Data

Untreated hypertension can lead to life-changing – and life-ending – health problems, after all. High blood pressure can damage the blood vessels and organs including the heart, the brain, the kidneys, and the eyes. Over time, the damage can lead to heart disease and stroke.

The hope is that the newfangled guidelines will catch hypertension in its infancy and prevent it from worsening and causing catastrophic damage.

The good news is that if hypertension is caught early enough, pharmaceuticals won’t be needed. Instead, weight loss, a healthy diet, and physical activity can be recommended to solve the problem before patients need to start popping pills. 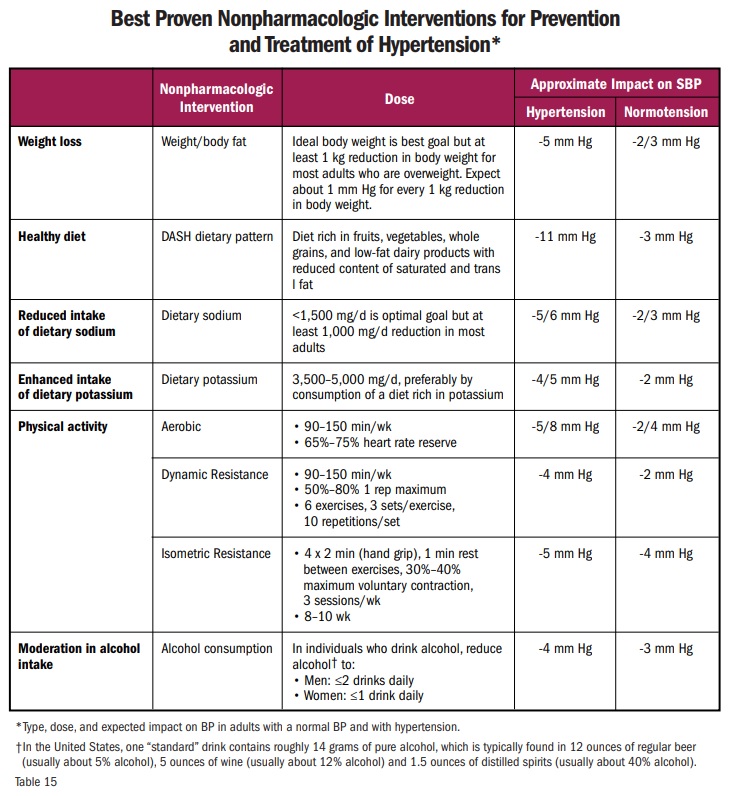 But there’s also bad news … or good news, depending on how you look at it.

The percentage of kids with high blood pressure declined between 2001 and 2016, according to the U.S. Centers for Disease Control (CDC). [2]

Ah, but that was before new guidelines issued by the American Academy of Pediatrics (AAP) were released in 2017, which lowered the threshold for a diagnosis of high blood pressure in those under 19 years of age.

Now, an additional 795,000 kids are considered hypertensive – including 1 in 7 U.S. teens – and you know what that means: more kids taking pharmaceuticals. $$$

“The new hypertension guidelines have reclassified those young patients who previously were considered to have ‘normal’ blood pressure to now fall under the category of high blood pressure.”

But, as is the case with adults, good can certainly come from this. The earlier someone is diagnosed with high blood pressure, the sooner they can be treated for it, hopefully with diet and lifestyle changes. If you think about it, the lower threshold could prevent an overflow of sick adults in the future.

And there’s even more good news. Researchers believe the drop in hypertensive kids between 2001 and 2016 was a result of – at least partly – “improved diet quality or improved [blood pressure] screening, and earlier lifestyle or pharmacological interventions,” according to Sandra Jackson, a heart researcher at the CDC’s National Center for Chronic Disease Prevention and Health Promotion. 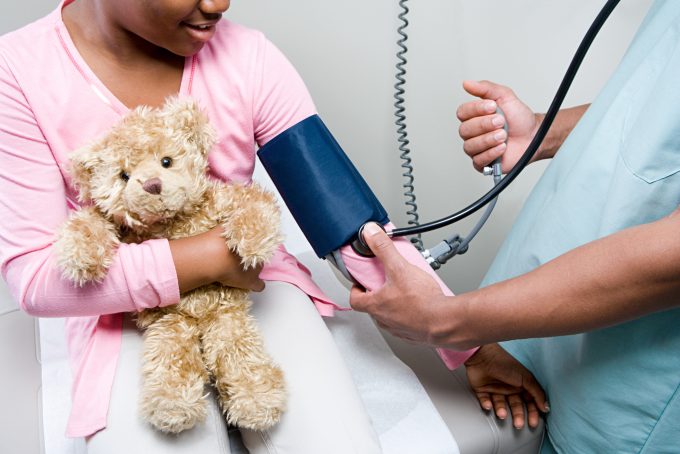 For example, many U.S. schools have worked to reduce the amount of sodium- and fat-filled items from their menus (though not all scientists believe that sodium causes hypertension). Things have been improving, though it’s not immediately apparent by glancing at the AAP guidelines. And now physicians have an opportunity to nip hypertension in the bud before it can cause serious health problems.

“Screening and intervening on risk factors for heart disease earlier in life can make a big difference in trying to reduce future risk.”

“Although children don’t usually suffer the consequences of high blood pressure in the pediatric years, if left untreated, high blood pressure, also known as the ‘silent killer,’ can result in multiple complications later on in life.”