The World Health Organization (WHO) has released some new statistics concerning the dangers posed by air pollution. According to the global health watchdog, environmental pollutants – including unsafe water, lack of sanitation, poor hygiene practices, indoor and outdoor pollution, and injuries – claim the lives of 1.7 million children under 5 years old each year. [1]

These numbers mean that pollutants are the cause of death for 1 in 4 children 1 month to 5 years old.

The WHO says that the most common causes of deaths among children can be prevented via interventions already available to the communities most affected. Insecticide-treated bed nets (to start), clean cooking fuels, and better access to clean water can prevent some of the deadliest child illnesses, such as diarrhea, malaria, and pneumonia.

Dr. Margaret Chan, the WHO director-general, said in a statement:

“A polluted environment is a deadly one — particularly for young children. Their developing organs and immune systems, and smaller bodies and airways, make them especially vulnerable to dirty air and water.”

Infants exposed to indoor or outdoor air pollution, along with second-hand tobacco smoke, are at great risk for pneumonia, as well as asthma and other chronic respiratory diseases for the rest of their lives. These exposures often begin in the womb.

The WHO report also highlights the increased risk of heart disease, stroke, and cancer from exposure to air pollution.

In a companion report titled “Don’t Pollute my Future! The Impact of the Environment on Children’s Health,” states that every year: 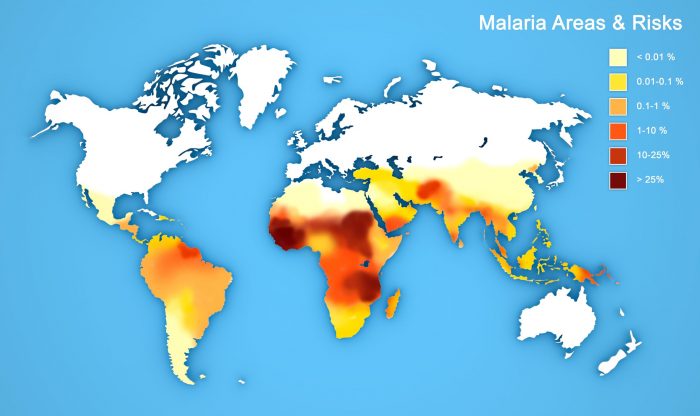 Some of the emerging hazards highlighted by the WHO include improperly recycled electronic and electrical waste, such as old mobile phones. These objects expose children to toxins that can cause reduced intelligence, lung damage, attention deficits, and cancer. The United Nations agency says these types of waste are expected to increase by 19% between 2014 and 2018, to 50 million metric tons by 2018.

Global temperatures and carbon dioxide levels are rising due to climate change, the WHO says, triggering an increase in pollen growth that is associated with increased rates of asthma in children. Factors such as air pollution, second-hand smoke, and indoor mold and dampness only worsen the condition in children.

Read: Thousands of Lives Could Be Saved by Stricter Air Pollution Standards

There are things that regular citizens can do to help protect children’s health, such as not exposing kids to second-hand smoke. But the WHO says in its report that multiple government sectors can cooperate to improve the following:

Doctors say you should never clean your ears with cotton swabs, but people reach for them anyway to scoop out the wax. According to the authors of a study in the Journal of Pediatrics, using cotton swabs to clean your ears can be dangerous, especially for children. In fact, use of these cotton swabs sends approximately 3 dozen children to the ER every day. [1]

Approximately 12,500 children under the age of 18 are treated in U.S. emergency departments for ear injuries each year, which amounts to about 34 visits per day.

“This is not like brushing your teeth every day. Children and adults do not need to clean out the ear canal of wax as part of a routine hygiene practice.”

For the study, Jatana and her colleagues looked at hospital visits between 1990 and 2010 and found that an estimated 260,000 children wound up in the emergency room with ear injuries.

The most common injuries included tears in the tissue that separates the ear canal from the middle ear, known as the tympanic membrane, a.k.a the eardrum. The majority of the injuries were the result of children using cotton swabs to clean their ears.

The younger the child, the more prone they were to ear injuries. Two-thirds of the young patients were younger than 8, and 40% were age 3 or younger. [2]

Cotton swabs can slice the ear canals, perforate our eardrums, and dislocate our hearing bones. This can lead to injuries as minor as dizziness and ringing, to more significant problems like hearing loss. [1]

Should Anyone Really Use Q-Tips to Clean Their Ears?

As cleaning goes, our ears don’t really need our help. They’re self-cleaning, and there’s no reason to go digging around in them.

“The two biggest misconceptions I hear as an otolaryngologist are that the ear canals need to be cleaned in the home setting, and that cotton tip applicators should be used to clean them; both of those are incorrect.” [2]

“It’s concerning that while these products have been around for almost 100 years and many of the manufacturers put warning labels on the products stating to not use them in the ear canal, we are still seeing a significant number of injuries in children using them for the purpose of cleaning their ear canal.” [3]

Ear wax actually has protective, lubricating, and antibacterial properties, and its presence is perfectly normal. If you find wax on the outside of your ear, simply wipe it away with a wet cloth.

If you absolutely can’t resist cleaning out your ears, you should opt for drops, or at least reduce how often and how deep you go with those cotton tools.