Skip to content
After the plandemic plan did not have the desired effect, the Dark Forces have stepped up their efforts to increase End Time madness.
The Jesuits, Knights of Malta and Knights of Columbus are now polarizing political left and political right in the United States to engineer civil war. The protests which erupted last week have been deeply infiltrated and manipulated:
https://vigilantcitizen.com/latestnews/george-floyd-riots-infiltrated-by-extremist-groups-and-agents-provocateurs/
https://journal-neo.org/2020/06/01/the-strange-case-of-an-america-in-flames/
https://dianeravitch.net/2020/03/08/erik-prince-brother-of-betsy-devos-master-of-domestic-espionage/
https://farnesius.wordpress.com/2020/05/29/jesuit-control-of-the-philadelphia-police-and-government/
To de-escalate the situation, what is needed now is to hold the planet in the Light, as Kauilapele has said in his newly re-established blog:
https://kpblog.space/2020/06/01/kp-message-6-1-20-very-important-to-hold-the-planet-in-the-light-right-now/
Light Forces have asked as many people as possible to meditate every 4 hours for peace in the United States:
https://www.welovemassmeditation.com/2020/05/urgent-meditation-for-maintaining-peace-in-the-USA-every-4-hours.html
As we are approaching the Eris-Pluto square on June 14th, tensions and potential for violence will increase for the next two weeks in the United States and worldwide. Dark Forces might attempt to use this astrological configuration, and the newly starting new solar cycle to drastically escalate the situation in the USA and to try to engineer a war between China and India, Hong Kong or Taiwan, or any other major conflict:
http://theeconomiccollapseblog.com/archives/there-will-be-a-lot-more-rioting-looting-and-civil-unrest-as-the-u-s-economy-continues-to-crumble
https://www.wakingtimes.com/2020/05/30/strongest-solar-flare-in-years-coincides-with-riots-reminding-us-that-solar-activity-and-unrest-are-historically-linked/
https://www.smh.com.au/world/asia/chinese-general-threatens-attack-on-taiwan-to-stop-independence-20200529-p54xux.html
According to Dragon and Resistance sources, the Cabal has a plan to flee from USA to China and hide there after the civil war in the USA, in a similar move to what happened with Nazis in Operation Paperclip after World War 2. Dragon sources are stating that this plan and the dark infiltration on the Chinese side is being dismantled right now by the positive Dragon elements and positive faction within the Chinese military.
Another Dragon source has communicated that if China tries to attack Taiwan, they will release ALL secret documentation about what the Chinese army is doing in Lop Nor, including the extraterrestrial and Secret Space Program aspect, through the mainstream Chinese media.
This Dragon source has also pointed to the following cryptic message:
https://taiwantoday.tw/news.php?unit=20,29,35,45&post=25611 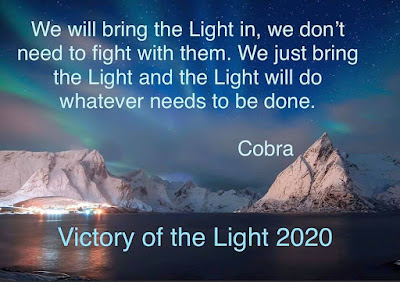 The Light Forces are asking that as many people as possible meditate for the world peace at the exact moment of Eris Pluto square on June 14th:
https://www.welovemassmeditation.com/2020/05/meditation-at-exact-time-of-eris-pluto-square-on-June-14th-at-310-pm-utc-for-maintaining-World-Peace.html
On a more positive note, Space X has managed to get two astronauts to the International Space Station as the first public human spaceflight from American soil in the last nine years, which has long lasting positive consequences of breaking the Veil and will contribute to breaking the quarantine status of planet Earth, as a new cycle of space human spaceflight has begun:
https://www.space.com/spacex-astronaut-launch-new-spaceflight-era.html
https://mercatornet.com/the-skys-the-limit-for-commercial-space-flight/63465/
Elon Musk is in essence a positive being who has been subjected to Illuminati trauma based programming and now wants to break free, as you can see in his sometimes unusual tweets.
Victory of the Light! (Kauilapele) These are very rough notes, and only taken from the 1 hour 45 minute mark and beyond. But I felt these were important enough to post now, even in “rough hewn” form. Here’s a link to the video.

The post David Wilcock Update: Notes from Part 3 of Notes from “The Great Pandemic III: New Briefings, Restitution and the Big Picture!” appeared on Stillness in the Storm. The post David Wilcock, Dimensions of Disclosure 2019 Presentation Notes: Part 4 appeared on Stillness in the Storm.

(David Wilcock) I am doing my usual September sabbatical in Canada and getting quite a bit out of the meditation and solitude.

The post David Wilcock — Major, Major Life Shifts for the Positive are Happening appeared on Stillness in the Storm.

(Joan Wheaton) DAVID WILCOCK Workshop at ‘Dimensions of Disclosure’ Sunday, August 25, 2019 ~ (due to a few words here that could set off the AI, I have changed their spelling slightly)…

The post David Wilcock, Dimensions of Disclosure 2019 Presentation Notes: Part 1 of 2 appeared on Stillness in the Storm. (Kauilapele) These posts may not be for everyone to view, but it appears that Q and team are in the process of exposing the human trafficking networks.

The post Huge Number of Q Anon Drops Related to Exposing Human Trafficking appeared on Stillness in the Storm. (Justin Deschamps) This one falls into the fringe category but as with most things like this, it is an unconfirmed interpretation. When it’s unconfirmed that means it hasn’t been proven true or false. We can think about what something might mean from this point. Is this nothing more than people seeing things that aren’t there, such as pareidolia? Or is this truly a shot across the bow to the Deep State from the alliance?

The post Look at this Image of George HW Bush’s Casket — Message to the Deep State?… From Q Anon? appeared on Stillness in the Storm. (Kauilapele) Another one from SerialBrain2 that “caravaned” its way into my reading. Many fascinating links, videos, and points made about “the caravan(s)” and why they were organized pre-Kavanaugh confirmation. It appears “the caravan(s)” are the latest “weapons of choice” for the deep state.

The post Trump Told Us Where to Find Q’s Intel about the Caravan — SerialBrain2, Reddit.com appeared on Stillness in the Storm. (Kauilapele) Well, this one is off the standard blogging path (sort of), although it relates to some images and terms I have seen floating around the 8chan Q posts and so on. I’ve seen “Pepe the Frog”, and really had no idea where this all came from. I’ve also seen the phrase “KEK“, which I found out is an alternative way of writing “lol” (Laughing out Loud). But I never really knew where these things came from, until I was pointed to this article.

The post The Truth About Pepe the Frog and the Cult of Kek — It’s More Synchronistic Than You Think! appeared on Stillness in the Storm.